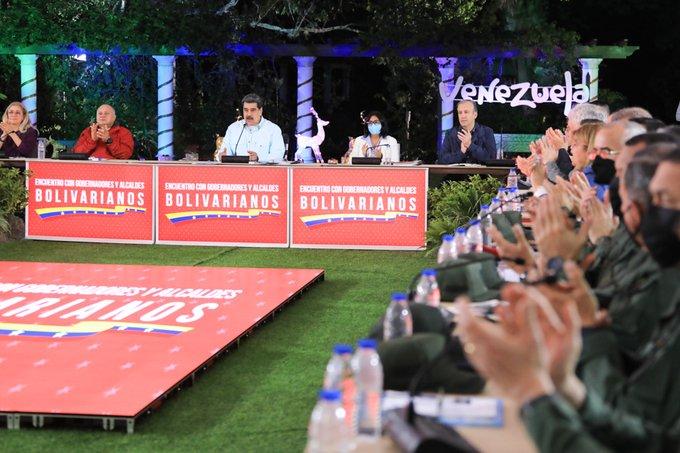 In a day of working with political, military, police, regional, municipal and national government officials, Venezuela’s president insisted it would be a New Year’s gift to people on both sides of that dividing line.

We are preparing everything to fulfill the promise made with Colombian President Gustavo Petro to open the border on January 1, which includes the passage of vehicles, stressed the ruler.

They also highlighted the progress made this year in the regularization of relations with that neighboring country and praised the successful conclusion this Monday of the first round of peace between Petro’s government and the National Liberation Army, in which the Bolivarian Republic of Venezuela offered. Its support, he added.

We are very happy for the great progress achieved in these negotiations, Colombia determined to achieve complete peace, as there is peace for Venezuela, South America and the whole continent, he remarked.

Maduro said the prospects for the development of commercial, economic development, cultural, political and diplomatic ties are broad and positive in Brazil with the victory of Luiz Inacio Lula da Silva, whose government will be installed on the first day of next year.

The President of Venezuela commented on a meeting held today between First Vice President Delcy Rodríguez with Robert Scheideboom, Ambassador of the Kingdom of the Netherlands in Caracas, to reach agreements between the Venezuelan government and that European state.

In his Twitter account, Rodríguez said that in the conversation they addressed issues of bilateral relations and steps to be taken to reopen the border between Venezuela and Aruba, Curacao and Bonaire.

The truth is, the head of state confirmed, that the country is improving all of its geopolitical and geostrategic environment, and 2022 is a year that ends aggressively and in progress, he said.

Maduro also addressed the issue of dollar exchange speculation, which he called a “survivor of the economic war” against his country aimed at disrupting the lives of the Venezuelan people.

He denounced that this “criminal dollar” is managed by the Miami four mafia and called on the people, all economic actors and the higher political-military command to combat this phenomenon after stability, happiness and economic growth in 2022 .