Maduro: I call on the people to defeat the criminal dollar – Diario Primisia 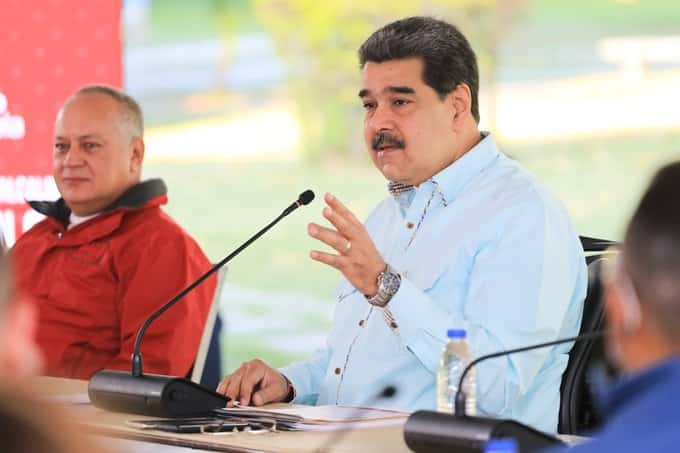 He announced that by January 1, 2023, he would fully open the border with Colombia.

Nicolas Maduro, the President of the Republic, called on the population to fight against the “criminal dollar” that seeks to “destabilize the economy”.

In the middle of a meeting with the government high command and Chavismo’s regional leaders, he dismissed the increase in “parallels” in recent days.

“One must say no to the criminal dollar, which is managed by four mafiosi in Miami, who want to harm the peace of the family, Christmas in Venezuela,” said the head of state.

“I ask the people to defeat the criminal dollar, to defeat it, that the official rate be respected,” he demanded.

In view of this, he asked for all the support of not only civilians but also the “high political and military command”.

He explained that the price set by the Central Bank of Venezuela is “objective”, in accordance with the laws of the market and for this reason it was stable for several months.

He said that there is “overheating of business transactions”. He revealed that in one day there were 700,000 commercial transactions per minute in the country.

Maduro also revealed that at a meeting of the government’s high command, they discussed a “special prosperity plan” that would be presented in January 2023 and would ensure that economic growth was maintained.

“We have met representatives from China, they are a good example because zero poverty rate was achieved in China,” he said.

He also said that from January 1, the border with Colombia will be fully opened to the passage of all types of vehicles, both persons and trucks with goods.

Looks like WhatsApp is working on multi-phone and tablet chatting