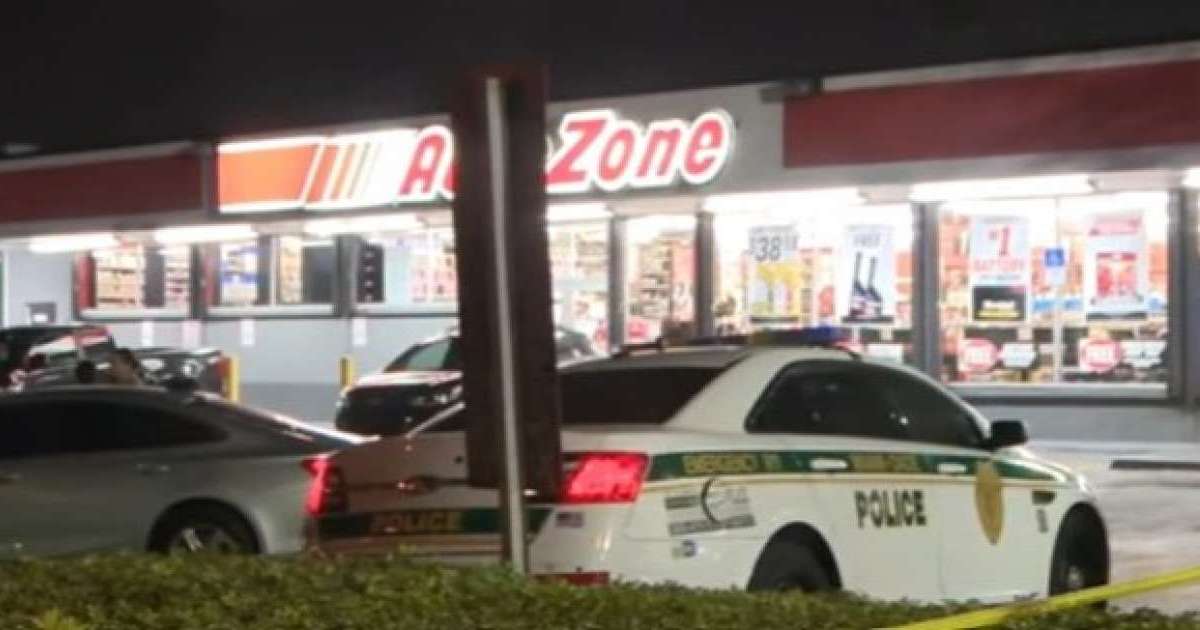 A man who was in police custody at a Miami-Dade store died within minutes of being taken into custody.

The incident happened Monday night at the AutoZone Auto Parts and Accessories store inside a strip mall in the 9300 block of Southwest 56th Street.

told the police local 10Shortly after 6:00 p.m. a disturbance call was received at a customer’s premises. Workers said he was getting aggressive and knocking items off the shelves, so they called 911.

A witness named Logan Rios said, “This guy was walking. He went to AutoZone, he was doing drugs, he had a tantrum and he threw everything inside the store to the ground.”

Detective Luis Sierra of the Miami-Dade Police Department told the media that when officers arrived, they restrained the rioter, but after two or three minutes he suddenly stopped breathing.

“They were able to detain the unruly customer at which point he was immediately unresponsive. Our officers immediately began resuscitation efforts,” he said.

The county fire department responded to the scene at 6:24 p.m. and transported the man to Baptist Hospital.

“When the Miami-Dade Fire Department took over resuscitation efforts, they transported him to the nearest hospital, where he was pronounced dead,” Sierra said.

Police say the officers had no physical contact with the man other than handcuffing him.

Law enforcement remained on the scene until after 10 p.m., with crime scene tape around the store, recorded media videos show.

This is the ex-wife of Vero Lozano’s husband, Korcho Rodriguez

Madeleine McCann: what you should know about the girl’s disappearance