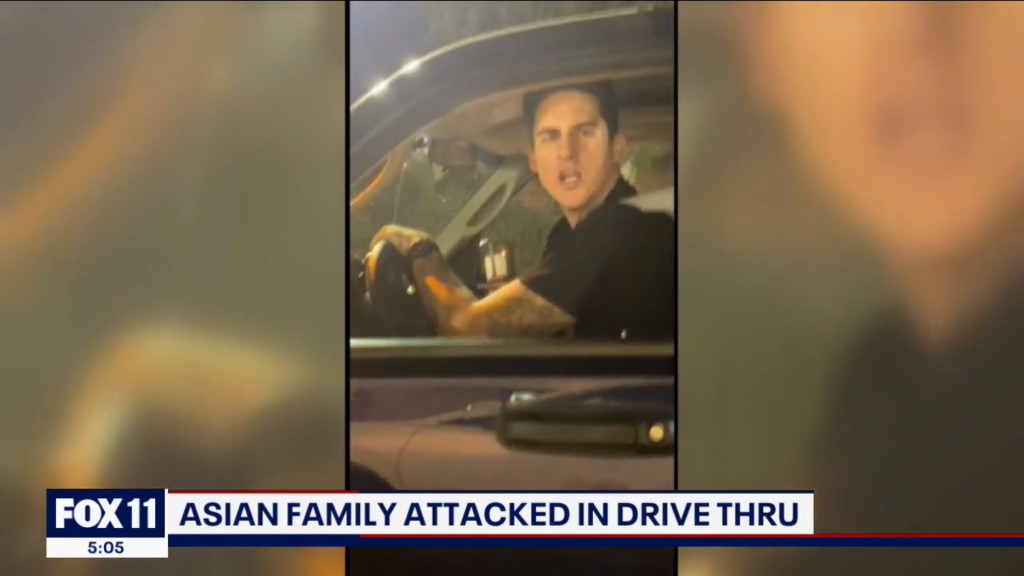 A Sylmar man accused of beating up a Filipino family on a North Hollywood freeway, then uttering racial slurs and physically attacking two of the victims, was detained on Wednesday, June 22, after missing a previous court hearing.

Nicholas Weber, 31, is due to appear in court Thursday in the Van Nuys courtroom on one count of felony causing serious bodily harm and a misdemeanor count of battery. According to the criminal case, both charges include a hate crime charge.

The allegations relate to a May 13 confrontation in line outside a McDonald’s restaurant, where Weber allegedly crashed into a car carrying 47-year-old Nerissa Roque and 19-year-old Patricia Roque from behind.

RELATED: An anti-Asian driveway attack at McDonald’s attracts a crowd calling for an end to the hate.

During the confrontation, largely filmed on mobile phone video, the driver, uttering anti-Asian slurs, got out of his car and approached the women, threatening to “kill” them, according to the family.

The women called the police, and while they were waiting for their arrival, Nerissa Roque’s husband, Gabriel Roque, arrived on the scene. Weber then allegedly attacked the couple and left the 62-year-old with injuries including a broken rib, according to the family. This confrontation was also caught on video from a mobile phone.

Weber was not jailed after the confrontation, but he was later charged and due to appear in court on June 8. He failed to appear, prompting a judge to issue a court order for his arrest, according to the Los Angeles County District Attorney’s office.

Earlier this month, the family and leaders of various Filipino immigrant support groups held a rally outside the district attorney’s office in Van Nuys calling for a strict prosecution.

“It was the most traumatic experience of our lives. I was afraid that the suspect would kill us because of the way we look – because we are Asian,” said Patricia Roque. “We demand a full investigation by the Los Angeles Police Department and demand that this matter be brought to justice to the fullest extent of the law.”

A statement from the district attorney’s office on Wednesday said Weber was arrested on another case in Orange County and is being held on a warrant.

Hope for the Derby after 200 days in administration?