Man in underwear walks into CNBC segment on live TV 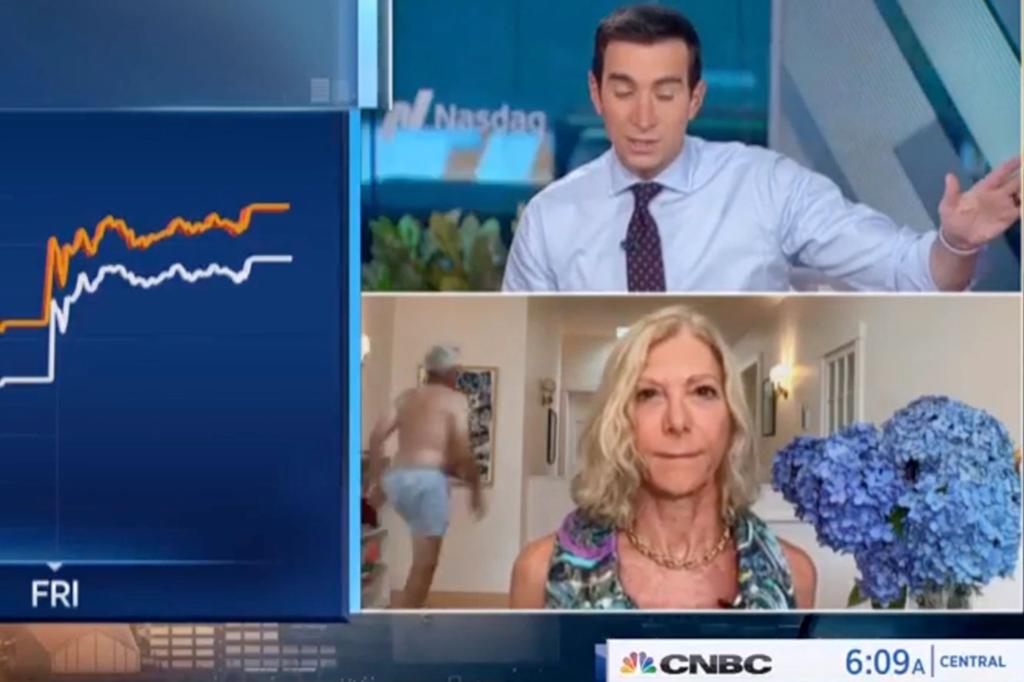 A morning TV segment on CNBC’s “Squawk Box” quickly turned south when it was interrupted not only by a barking dog, but also by a man in his underwear.

Sorkin responded by quipping on the racket that it was a sign of the “dog days of summer” on Wall Street. But just as he asked Firestone if the markets were headed this fall, a man in his underwear can be seen walking around in the background of a CNBC live shot.

Sorkin and Firestone both ignored Blooper in the moment – or at least decided to ignore it. The CNBC anchor continued with his original question on upcoming market guidance.

“The dogs think the dog days are going to be a little more exciting, but maybe not in a good way, come September,” Sorkin said, continuing to ignore the unknown man in his skivvies.

“I think he’s excited,” replied Firestone, referring to the dog.

Mediaite was the first to report on Snafu.

Firestone’s bio on Aureus’ website notes that he co-founded the firm in 2005 after a long stint at Fidelity Investments. He is a regular guest on CNBC’s “Squawk Box” and “Halftime Report”.

While Firestone and the man who wore his boxers on national television probably aren’t too thrilled by the accident, bloopers are common during live broadcasts.

In just one instance from 2020, NBC reporter Ken Dilanian went viral after accidentally calling him an F-bomb on live television because of a production glitch. Dilanian immediately apologized.