Many countries intercept drugs from Ecuador 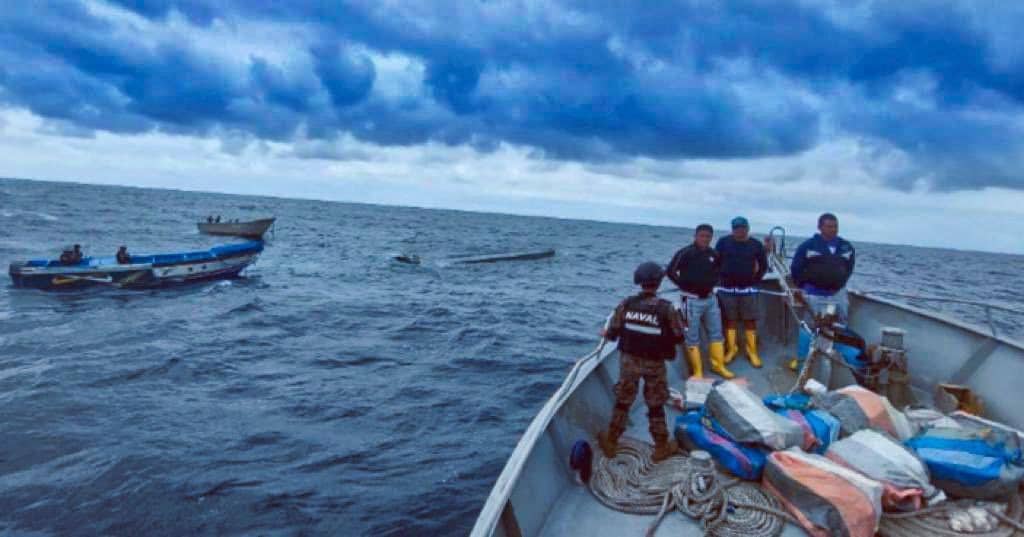 Coordinated action with the Mexican authorities and the United States Drug Enforcement Administration (DEA) managed to intercept a plane with 309 kg of cocaine from Ecuadorian territory, reported the newspaper El Comercio.

In turn, the El Salvador government this week intercepted a shipment of 3.1 tons of illegal substances carried by Ecuadorian nationals in a submarine-type vessel.

This year, Ecuador’s national police seized a total of 173 tons of drugs, Colonel Yuri Narvaez of the Anti-Drug Unit reported on Monday.

More than a third of them were found in the country’s ports, mainly in the city of Guayaquil, the capital of Guayas province, according to the official.

And last Sunday they stopped the transfer to the Netherlands of 1.3 tons of cocaine inside a banana container, Narvaez explained.

Also in Machala, the capital of El Oro, a province bordering Peru, they seized 147 kilograms of cocaine stashed in a container exporting bananas to Germany.

For the government of President Guillermo Lasso, gang disputes over traffic control are responsible for an increase in violence in the country, which has led to hundreds of deaths in prisons and on the streets.

By the first days of November, this South American nation had a murder rate of 20.59 per 100,000 residents, the highest in its history, and more than 400 prisoners had died in prisons in two years, according to official figures.

The state of insecurity is due, in the opinion of experts, to the country’s role in new routes of drug trafficking to markets in the north, and to the lack of investment in both the social sectors (health and education) and security institutions.

The president highlighted last night that deaths from violence in Guayas, Esmeraldas and Santo Domingo, three provinces where the executive state of emergency is in place, had dropped “significantly”.

For some experts, it is a “patch” measure that does not address the core problem and they warn of the need for more social investment and wider public policies.

‘Billions’ Season 6, Episode 2 Recap: No One Is Safe