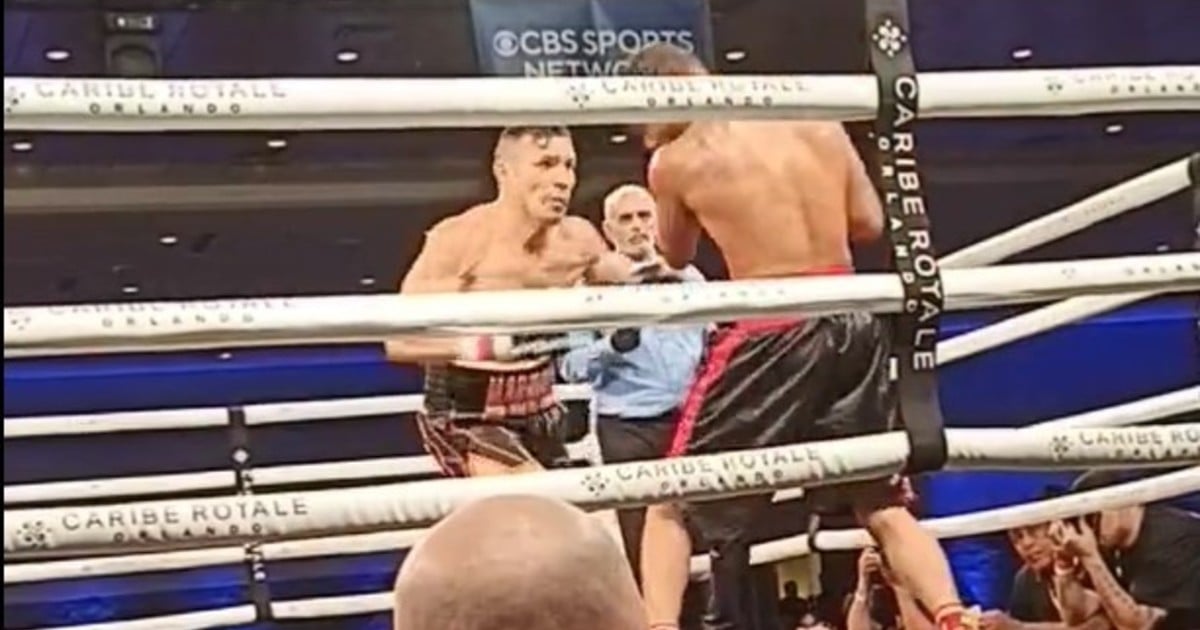 The 47-year-old Argentine boxer defeated Noah Kidd, 20 years his junior, in the second round with a left to the body. moment of definition.

The fight took place at the Caribe Royale Hotel in the state of Florida, within the framework of the “Co a las Drogas” festival, which in turn was part of the annual convention of the World Boxing Association (WBA).

In this scenario, the veteran boxer from Quilmeño returned to fight in the United States after eight years, His last fight in that country was on June 7, 2014, when he lost the World Boxing Council (WBC) middleweight title to Puerto Rican Miguel Angel Cotto at Madison Square Garden in New York.

Martinez, who still yearns for a World Cup shot again despite his age, spent six years away from professional boxing and returns in 2020. Since then, he has had four fights in Spain, all winning against young rivals: Spanish José Miguel Fandino, Finn Jussi Koivula and British Brian Rose and Macaulay McGowan, his last fight being on 27 January in Madrid.

On this occasion, the “Maravilla”, who alternated his residence between Madrid and Buenos Aires, was measured against an opponent whose background wasn’t exactly excellent,

The Argentine, former WBC super welterweight and WBC middleweight world champion and World Boxing Organization (WBO), came into the contest with a record of 55 wins (30 before the limit), 3 losses and 2 draws.

For his part, the Kansas City-born and Jefferson City, Missouri native had lost his last three bouts, thus accumulating 6 falls overall, with 6 wins (5 KOs) and 2 draws, in his professional career. Since debut. In 2016.

The definition of the fight came in the second round, after the first round. The man from Buenos Aires waited for his opponent with his guard and, after a combination of punches, fired a left foot to the body that put Kidd down forever.

Three other Argentines entered the ring in Orlando

“Wonder” Martinez He Wasn’t the Only Argentinian to Fight in Orlando, So did Francisco Daniel Verón and Emiliano Martín García from Buenos Aires, and Guillermo Lionel Crocco from La Rioja.

Verón, 24, and Olympian at Tokyo 2020, won the WBA continental middleweight title after a technical knockout win against Spaniard Leonardo di Stefano Ruiz and expanded his record to 11 wins (9 by Fast Track) in the same number of appearances .

Garcia, for his part, lost by technical knockout to Cuban Idalberto Umra in a contest where the Fedecaribe lightweight title was at stake, while Crocco fell to another Cuban, Orestes Velazquez.

Gold stalls as traders prepare for US inflation data