Marcelo “Tato” Medina was arrested for abolition of slavery and abandonment of the individual. Ex Videomatch raided by city police 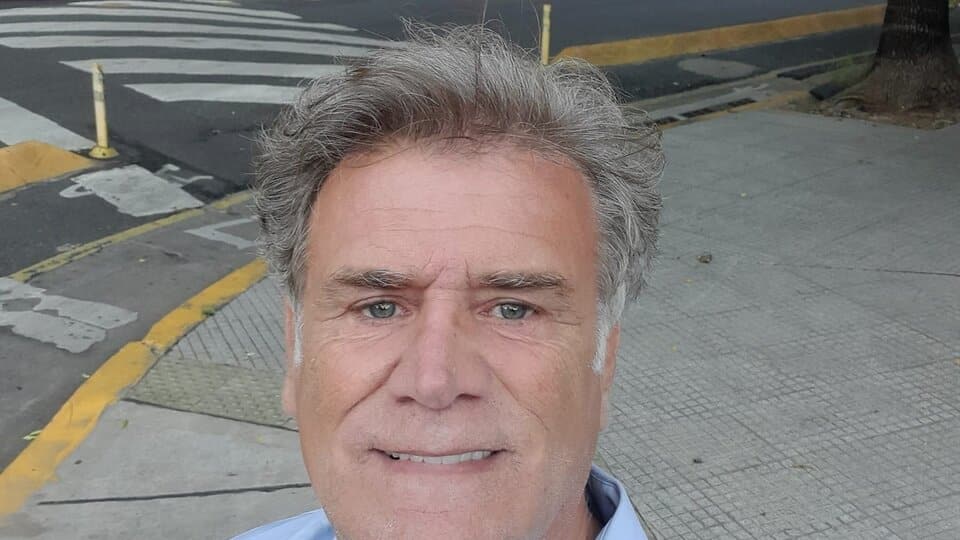 Medina’s lawyer Marcelo “Tato” Adrian Tenka dismissed the charges against the driver. According to what he said, “he was not the owner” of the rehabilitation center “La Razon de Vivir” and “he has no involvement in anything that accuses him,” for which he will ask for his release. .

“I was happy because I felt like I was helping people recover,” Tenka said., “Medina was not the owner or head of the centre. “Slavery reduction is a very serious merit,” analyzed the lawyer, who specified that he could receive a “significant sentence of 10 to 15 years” in prison for the crime.

Tenka insisted that Medina “has no involvement in what he is accusing,” and that his only role in that organization was to give talks “regarding rehabilitation”. “I am going to understand what the elements of the evidence are, then we will certainly ask for his release,” he assured.

How many people were there in “reason to live”

According to Cedronar chief Gabriela Torre, there were “more than 50 people” at the “La Razon de Vivir” center, who said that “there is no technical team: there is no toxicologist, no psychiatrist, no permanent psychologist.” There is no doctor, no social worker”.

He also stressed that the interns “couldn’t communicate with their families” and that they undertook the center’s “unpaid, dismantling of the director’s house”.

In this sense, the head of Cedronar indicated that “it is very important” that people who need treatment for consumption problems or those close to them inform themselves about authorized centres.

“Many times due to lack of information, people go to any place. It is very important to mention that we (Cedronar) have outpatient centres, we have also agreed on those centers which will definitely have their respective authority. are,” Torres commented.

And, he adds: “It’s very important that we understand that consumption problems require a complex intervention, a technical team, close people, a network that looks at the length of hospitalization.”

In the end, the official concluded: “The Cedronar network has almost tripled since we started this management. Today we have over 800 locations, they are free. We emphasize that any problems with consumption In case, they call 141 and we can support them.”

What is a “reason to live” and how does it work?

The reason to live is presented as the “school of life”. Medina herself explains in a video that “recoveries” from addictions exist on the social network and that those who say the opposite, tend to follow “fear treatments”.

There are four institutions in the community: it has two in Buenos Aires, one in Beraztegui and the other in Florencio Varela. There are also in Santa Fe and Cordoba. They typically deliver motivational talks led by “addiction operators, medical peers, and professionals who work exclusively with families.”

Most of these types of communities operate as gated communities, meaning that boarding schools cannot be dropped. In addition, hospitalization is often granted against their will and at the request of relatives or acquaintances of addicts. In this particular case, Reason for Living made sure that it doesn’t work that way, and that everyone can come and go as they please.

The head of the Secretariat of Comprehensive Policies on Drugs of the Nation of Argentina (Cedronar), Gabriela Torres, assured the rehabilitation center “a reason to live”.

The official said that the medical centers should have authorization from the containment zone of the province in which they are located. In this case, I was not allowed to work

8 of the Court of Guarantee No. 8 of Florencio Varela, in charge of Adrian Villagra, which is processing the case in which Tato Medina was detained, verified in the framework of the investigation that there was a “reason to survive” to act. There is no authority as a community in that Beraztegui country house where I was.

How the investigation into the arrest of Tato Medina began

According to police sources, the investigation started after a complaint from ten people working at different places.

“It was reported that in a therapeutic community oriented toward people with addictions (“reason to survive”) in the southern region of the province of Buenos Aires, they would be subject to the identification of approximately 200 victims, participants in their rehabilitation . , adults and minors,” he indicated.

Testimony of relatives treated in “reason to live”

After the arrest of Tato Medina, relatives of people living in the therapeutic center of “reason to live” arrived at the location and disagreed with the judgment of justice.

“I’m a family and absolutely nothing happens because the kids we have here are people who are taken care of, nurtured, protected and taken here on the street and off drugs.” Referred to the mother of a young man admitted to the hospital.

Another mother approached the site in Beraztegui, defending Medina’s work, as did the brother of another young apprentice. Everyone agreed to highlight the work of the recovery center and said that they paid $25,000 pesos for the treatment.

Vote for “Reason To Live”

According to the first images that knew of the location, people who approached the center of LA had a reason to live to seek medical help. They lived in very dire conditions. In addition, they were forced to work, but were not paid for these works.

The case is labeled “Abatement of slavery, forced labour, illicit relations, usurpation of authority and office, breach of duties of a public official,

What Taito Medina said about his role in “Reason to Live”

According to police sources, the leaders of the group were Nestor Jade and “Tato” Medina. Was in charge of broadcasting the activities of the alleged medical center in the media and social networks.

Medina himself gave an account of the activities carried out through various posts on his social network. For example, in a publication on my Instagram account, “I am a specialist in addictions and a sociotherapeutic operator.”

The judge ordered the arrest and raid of Medina

In addition to the raids where Medina was arrested, Another 21 operations were performed Together in the province of Buenos Aires and Córdoba.

The case was started by relatives of one of the victims and it is estimated that there are More than 200 victims, including minors.