“March of Flags”: the history of the song that ‘replaced’ the national anthem and its author’s legacy to Peru 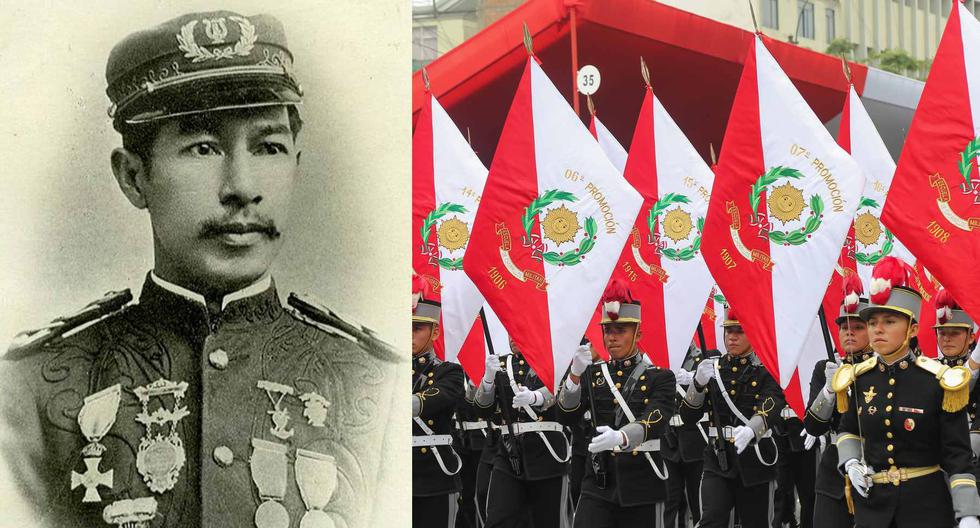 In 1896, Adeodato R. Aguilar returned to Lima in the company of Jose Subas Libornio, a Filipino musician born in Manila on December 5, 1858. Sabas moved to New York at a very young age and became an outstanding and very successful saxophonist musician in that city. Various North American newspapers gave details of his spectacular concerts where he managed to gather large crowds.

For reasons unknown, Sabas Libornio decided to settle in Lima and, knowing his professional potential, the government of Nicolas de Pierola appointed him director of an army music band with a salary of a hundred soles a month and the rank of captain. Sabas Libornio realized his organizing talent and the qualities of a tireless musician from the very beginning. With great frequency they were carrying out live military marches, including the Chiefs of the General Staff, Candamo, El Moro, Peruvian Squadron, Coronel La Puente, Huamachuco, etc. But what would bring him lasting fame was the flag march to replace the national anthem which was then played indiscriminately at all official ceremonies.

On December 9, 1897, in the campaign mass commemorating the victory of Ayacucho, the arrival of the President of the Republic Nicolas de Pierola was announced with a new march composed by Sabas Libornio. A few days later, on the 17th of that month, by means of a supreme resolution, it was ordered that in all official acts the said march be made, to announce the presence of the head of state and the moment in which the state’s The chief was leaving. The host was felicitated and the National Flag was hoisted in the barracks and ships of the Navy. In 1909, President Augusto B. Leguia arranged for it to be called the March of Flags. The lyrics for the march were composed by La Salle’s brother, Ludovico Maria. The first stanza says: “Up, above Peru / And its glorious and immortal banner”, which was sung with patriotic fervor by all the school children of our country.

Journalist Gonzalo Toledo has enthusiastically praised the work of Subas Libornio, writing that a large part of Peru’s civil songbook is due to the composer, a hero of his country’s independence, who “calls the trumpet and trumpet for internal service”. Took care too. Armed institutions, such as: Diana, Rancho, First Chief, etc.” Her work was not limited to the military. On her own initiative, she visited Lima schools, both public and private, to spread patriotic songs among young people and children. I remember some of them sung 70 years ago in a pre-military instruction course, taught in high school and removed from the school curriculum, as I understand, the government of Juan Velasco Alvarado during.

Sabas Libornio was promoted to the rank of sergeant major in the early 20th century. Despite his many years, he continued to work, although he was already in retirement. He died in this capital on December 9, 1915. Among us in the newspapers of that time were meaningful phrases in praise remembering his important work. He was married to Mrs. Maria Estrada, a North American citizen, with whom he had five children: Jose, Antonio, Graciela, Eladio and Alejandrina. The latter, disappeared in 1985, donated in 1979 to commemorate the centenary of the war with Chile, his father’s vast collection consisting of 49 files with 1,165 volumes that hold a great deal of the brilliant work of the prolific Filipino composer. Huh. The donation was received by the then Ministry of War and undoubtedly, should be kept in one of its archives.

The series that are fashionable in Paramount + United States this day

Back to the Brink: A California Fire Captain’s Journey from Terror to Trauma to Recovery, and Then More Terror