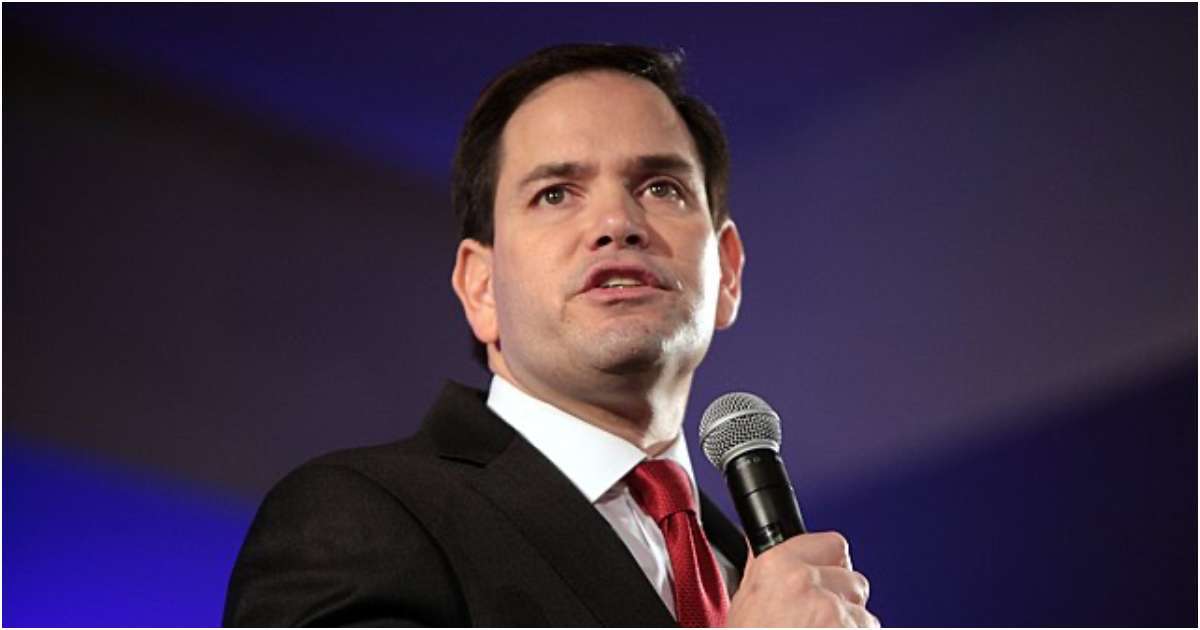 “Sensible Democrats in the House and Senate must join forces with Republicans to protect our national security by expanding powers [del Título 42] Rubio said this Wednesday in a press release published on his official website, “in the year-end funding bill.”

He also remarked that “it would be insane to let Title 42 expire without implementing any plan to secure the border in the absence of an activist judge deciding to legislate from the bench.” Fortunately, in this case , It’s not hard to do the right thing, and there’s bipartisan support for it. So they do.”

He also said in his message that “our dire border crisis requires that we uphold the powers of Title 42.”

The note further argues that the largest migrant caravan in history has just crossed the United States border and that fentanyl smuggled from Mexico killed nearly 70,000 Americans in 2021, a figure that will exceed by 2022 .

“This is beyond a crisis: it is a massive catastrophe,” said the Republican senator, who believes things are about to get “much, much worse, as district judge Emmett Sullivan’s insane decision on December 21 headlined.” To block the application of 42”.

Rubio predicted that “what happens next is almost unimaginable” as more than 7,000 people a day cross the southern border illegally.

“If the authorities lose the power to deport, they believe the number will rise dramatically to 18,000. No country in the world can afford that. I feel the greatest compassion for the men and women who who want a better life, but open borders don’t help anyone,” said the Cuban-born lawmaker, who added that in the face of all this “Congress must act.”

last November, District Judge Emmett Sullivan in Washington bans the use of the controversial Title 42 to consider it The rule was “arbitrary and capricious Administrative Procedure in Violation of the Law”.

The decision was made following a request from the American Civil Liberties Union (ACLU), as well as other immigrant advocacy groups, to benefit the thousands of people who have returned to Mexico under this decree and wait in shelters Opportunity to reappear before US immigration authorities.

At the beginning of the year, the Centers for Disease Control (CDC) recommended removing the order, arguing that it was no longer necessary given current public health conditions and the increased availability of vaccines and treatments for COVID-19.

However, given the limited resources to deal with the influx of migrants, many officials have raised concerns about what might happen without Title 42; and in may Another federal judge in Louisiana blocked the Biden administration from Abolish this system.

Last month in Texas they started being returned to Mexico under this rule Venezuelans entering the countryWhich reduced the flow significantly.

title 42 also applied to Cubans – 4,905 were expelled in fiscal year 2022 and are waiting in shelters in Mexico – Yet, in October alone, nearly 30 thousand crossed the border,

Officials reported that more than 150,000 Venezuelans were detained on US soil between October 2021 and August 2022. This figure is three times the 50,499 people detained in the previous period.

The border has also registered a record number of Cuban migrants, with more than 224,000 processed at border points in the last fiscal year, which began on October 1, 2021, and ended on September 30.

It also came to light this Wednesday that the current White House administration Is considering modifying the treatment of Cuban immigrants at the border.

joe biden administration Venezuela is considering expanding a legal access program to Cubans, Nicaraguans and Haitians for migrants requesting political asylum, through which they can fly directly to the United States, the influential newspaper said Tuesday. can be filled. wall street journalwho had access to internal documents on that program and two officials associated with the project.

Those officials warned that “discussions are ongoing and plans could change before next week.”

It also refers to the Biden administration considering implementing this new program under the rationale that it provides immigrants from countries “an alternative route to the US without the ability to illegally cross the southern border”. Do not try.”

Likewise, it states that the project is part of other changes being analyzed before the December 21 expiration of the controversial Title 42, the Trump-era health regulation that allows border officials to return migrants requesting asylum. allows to do.

The above report says that even the chief immigration officials in the United States are debating what new preventive measures to adopt after the end of Title 42.

One of those possible measures is a revival of a Trump-era policy known as a transit ban, which would prevent migrants from obtaining asylum if they pass through another country, such as Mexico, on their way to the US and have previously entered that country. Don’t look for security. , Add information.

Apart from this, talks are also being held with Mexico. to see if you are willing to continue accepting deported immigrants from other countries such as VenezuelaWhich does not accept its citizens if they are not admitted to America.

Guardians of Jose Ramirez AL LABR 2022 . I move on