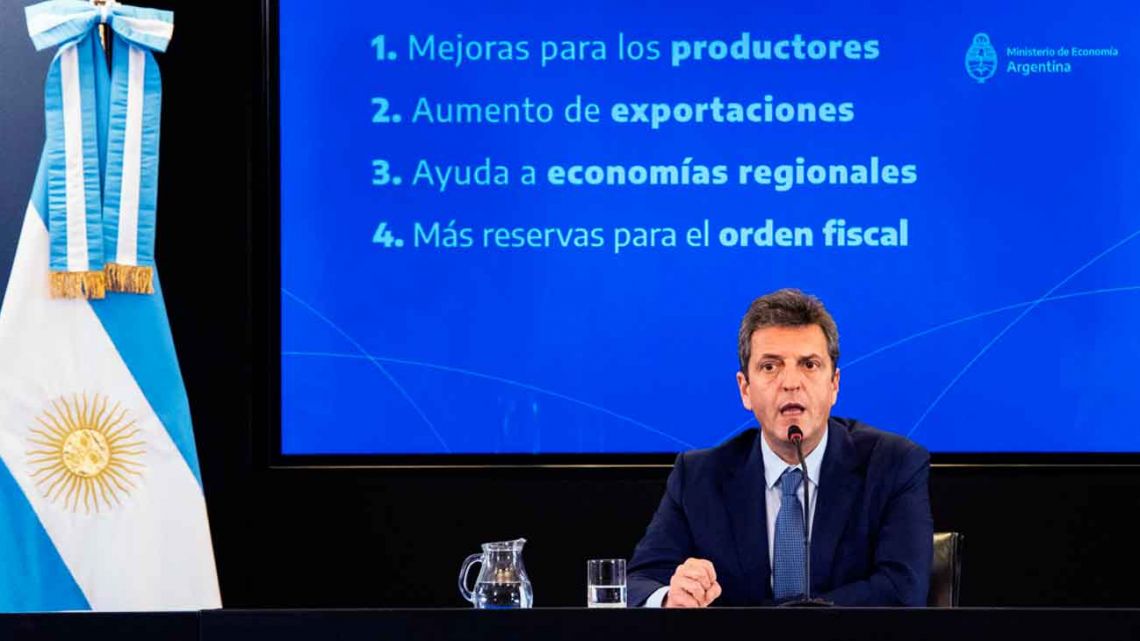 Economy Minister, sergio massaToday it is believed that “a deeper and more mature chapter begins” in relations between the two countries with the agreement between Argentina and the United States for the exchange of financial information.

Too, asked Congress today to launch “a Legislation that promotes laundering and punishes with the full force of the law those who do not launder“, within the framework of the signing of the Agreement between Argentina and the United States of America for the exchange of financial information,

Massa pitched the concept at the Nestor Kirchner Cultural Center, attended by Mark Stanley, the United States ambassador to the country.

Banks and states leave you without credit

“This Agreement for the implementation of Foreign Account Tax Compliance Act (FACTA) is important to the United States because it will enable the exchange of information about financial accounts whose holders are specific individuals in the United States or through certain entities to institutions in Argentina,” Stanley said at the event. said at the inauguration of

Along the same lines, the head of the local Finance Palace highlighted through the agreement that, Argentina will have more ability to audit accounts abroad, As of 2017 the current FACTA is on specific orders and request. ,

As per prior notice Argentina will be able to access from January 1, 2023 until September 30 of that year For all accounts of individuals and companies in the United States.

In parallel, the Argentine government will send to the National Congress a law on the “externalization of capital” (laundering), announced the possibility of regularizing this situation for those who do not have these accounts.

The government wants parliament to approve the law before December 30, but the proximity of the date creates uncertainty about its implementation.

Card dollars roll out: What are the implications of the measure?

Through this program, Argentine banks also have an obligation to declare information upon request to the US authorities.

How much is the amount of undisclosed money from Argentina abroad

it is estimated that Undisclosed money from Argentina abroad is US$400,000 million and that Outsourcing could reach up to US$1,000 million. ,

Among other things, Massa specified that “citizens who have signed their Declaration of Foreigners at the time of opening an account in the US and who have it as individuals or as part of companies will be reached. Not only accounts transfer to but rather returns that account”.

Those who have bought a property through a company of which they are members will also be inspected, he added.

Family members separated at the border can receive up to $ 450,000 each

Carlos Alcaraz Vs. Francis Tiafo: This is how he reached his first Grand Slam semi-final at the US Open 2022