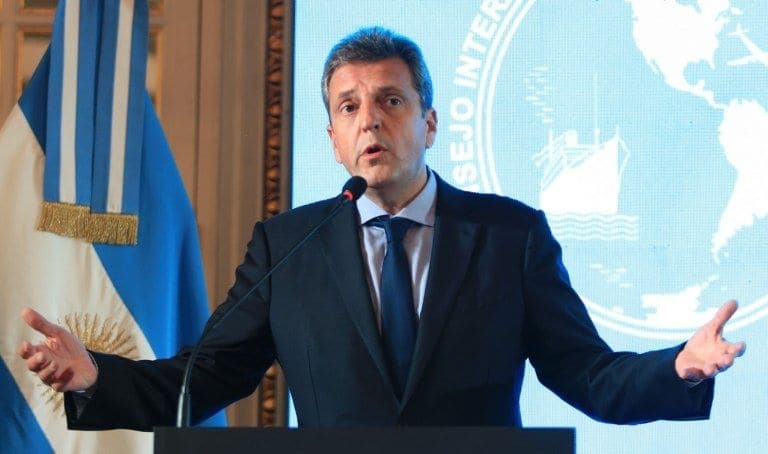 The Minister of Economy assured that the laundering project would be dealt with in the extraordinary sessions of the Congress.

Economy Minister Sergio Massa recommended to the AFIP those who have irregular status to follow money laundering promulgated by the government, which, according to his estimates, will be dealt with in extraordinary sessions of Congress.

“We want the money laundering law to be dealt with in extraordinary sessions. We recommend exclusion of those with irregular status before the AFIP, as there will be an incentive for repatriation of capital. Therefore, the Council – without intending to also to persecute—is that Argentine savings go back to Argentina, because that way, these people will be more peaceful,” the official said.

The laundering is part of an agreement on the exchange of financial information that Argentina signed with the United States, which will go into effect next year.

Massa, on the other hand, referred to inflation: he stressed that since he took office at the Ministry of Economy, “we are facing a job that requires us to achieve a progressive decline of one point of inflation every 60 days.” It’s important to reduce it.” This, but without harming the productive fabric and consumption of the people”.

In a statement to Radio Díaz, the official assured: “We wish that there should not be shocks with inflation in December. We are satisfied with what is happening, but not with the inflation numbers, which remain consistently high.”

“In the challenge of recovering Argentina’s purchasing power, we have to achieve a fall in inflation so that the income of workers improves with the effect of equality,” stressed the minister, who confirmed that his goal is to be reached by April next year ” with number 3 onwards” in the monthly inflation index.

He also reviewed some of the measures taken during the four months he has been in charge of the Palacio de Hacienda: “We met fiscal objectives and closed the year with a 2.5% deficit, we raised the demand for the peso to be one Retrieved on base.” The path to positive rates. And we’re recovering reserves, with US$7,000 million available at the end of the year.”

“We are ending the year without resorting to assistance from the Treasury. And in the last tender this week we had three times as many bids as on offer: $1.2 trillion from various financial institutions.” Added.

According to Massa, “The economic programming we are moving forward with allows us to maintain the level of public investment. We want order and predictability.”

Giant, aggressive zoro spider may soon be all over the East Coast

Trying to reach the US in precarious boats is incredibly dangerous, warns Coast Guard