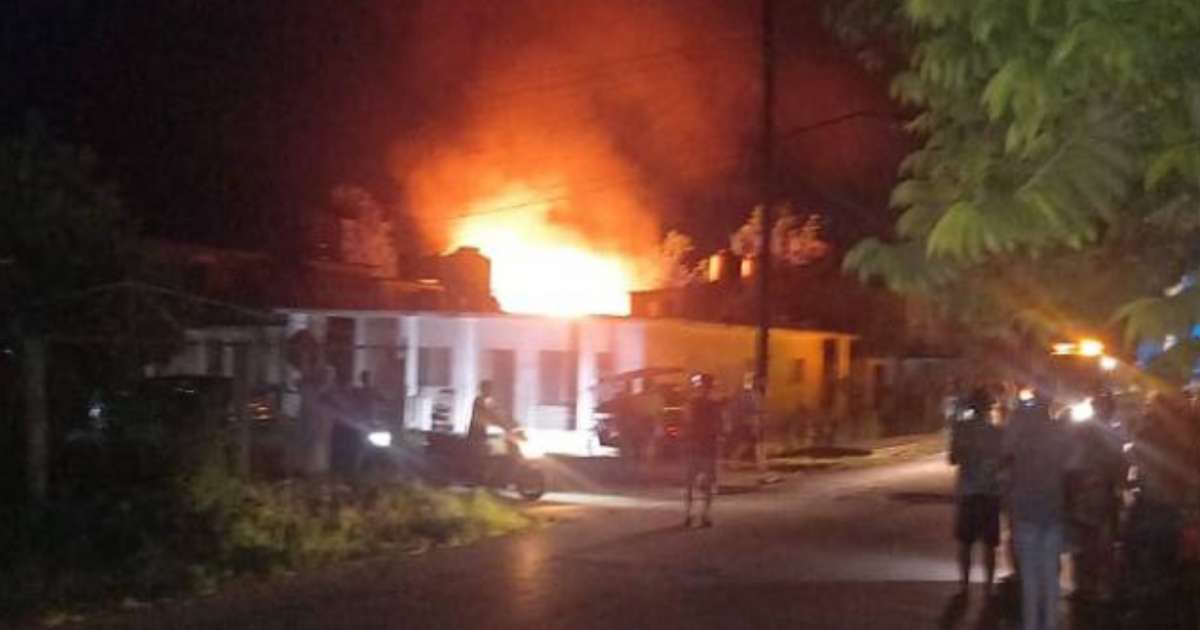 During a blackout in Artemisah last Saturday night, an electric motorcycle exploded and caught fire.

The incident took place on Calle Zais, between 14 and 16, according to artemis newspaperThe province’s digital newspaper.

“After the accident” An electric motorcycle exploded near a liquefied gas cylinder, No loss of human life is reported“, specified the note.

A few hours later, provincial mayor Juan Permue Felipe announced on his Facebook wall that the fire had been brought under control.

“Based on the concern and high concern of the population due to the constant movement of fire trucks, ambulances, water trucks and other transport to and from Minute and state entities, we inform you that on Calle 29 (Zayas), between 14 and 16 , Happened Fire in an indoor house due to combustion of a lithium battery from an electric motorcycle (according to preliminary information)“, Told.

“So far they have About five people were transferred to the Commandante Ciro Redondo García General Hospital, from the capital Artemis, where they receive special care. No loss of human life is reported,” he said.

In the comment section of the post, local residents assured that none of the residents were hurt by the fire, but expressed their regret that nothing was left in the house.

“Thank God all is well. There is no one in the hospital, only my uncle has a very slight heat, As of now the fire is not extinguished. only four wallsSaid a Cuban resident in Miami.

The fire was captured on video by a neighbor of the site, who recorded it on his phone, who said the house belonged to a woman named Estrelita and her sister, where two young children also live.

In the recording, a man and a woman can be heard who are concerned about the fire moving forward. Delay in arrival of firefighters,

“Whose If they were to yell ‘down with Fidel’ and ‘down with this’, they would immediately come to kill you, You shout ‘Diaz-Canel homeless’ there, and immediately they come to beat you up. Look, it’s falling and they haven’t come yet… how is this country,” he said.

In another video recorded by the same man, you can hear how he lives Shocked to see a firefighter pouring water from a bucket.

,A fireman pouring water from a bucket, by God, how sad, sir. The fire truck is already out, the water is out and the fire continues“, she questioned.

The author of the video said that he had cut off the power about half an hour ago when the explosion happened.

“They are like two or three family houses. (…) The saddest part is that all those houses are made of wood. The firefighters were already there, it seems they ran out of water, leaving them lay,” he said.

local newspaper director artemisanoEudesis Moreno Benítez assured that the fire was under control and thanked for the solidarity.

However, residents of the place criticized the delay of firefighters in reaching the house.

“Luckily, the firefighters finally arrived, and he’s not in another town, it’s blocks away; oh and they’ve already brought water,” questioned a young woman.

“What’s behind us isn’t Chinese, it’s the entire Asian continent. In this country, deadly problems have become fashionable,” lamented one family man.