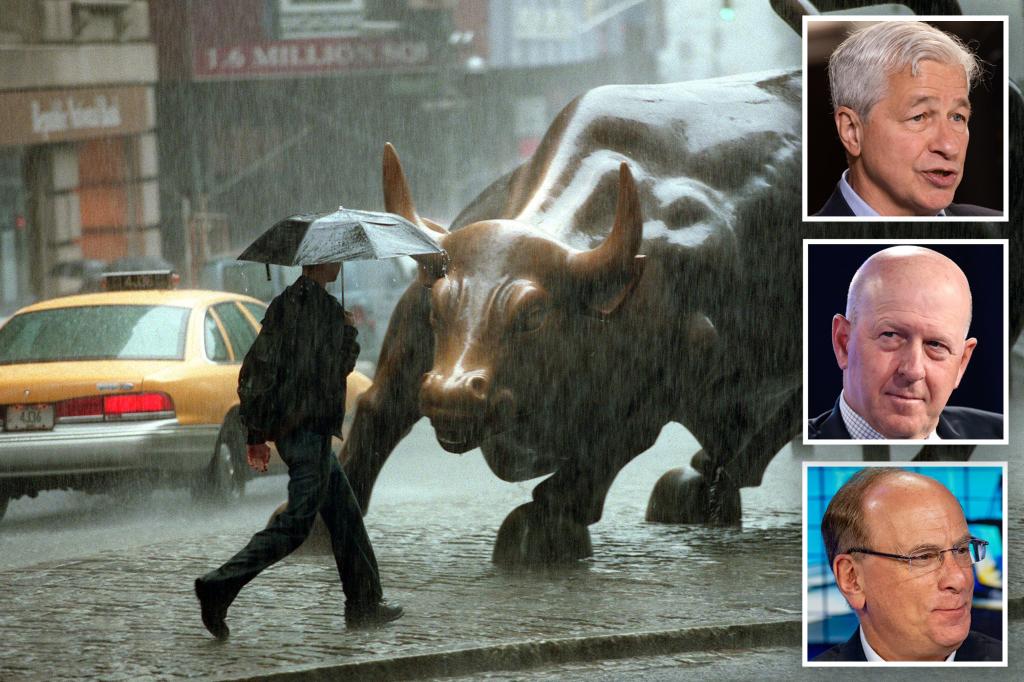 Wall Street spent the past year taunting bankers. Get ready for the Big Puke.

Sources told The Post that rising interest rates and fears of a recession have dampened the appetite for mergers, IPOs and other large corporate deals, causing whispers of freezes and even layoffs to start spreading among financial firms. has occurred.

Last week at an industry luncheon with executives from top banks, including JPMorgan and Morgan Stanley, speculation was swirling that layoffs would slash the industry’s workforce by at least 10% — and that the bloodbath would continue throughout the year by the end of the year. May be in full swing, sources told the Post.

A source with knowledge told The Post: “The conversation happened when people thought there would be a hiring freeze and when there would be layoffs.”

It’s almost a face-off from last spring, when junior bankers at Goldman Sachs gave their mentors a leaked Power Point presentation about a nearly 100-hour work week they claimed was endangering their mental and physical health. were putting in.

Last month, JPMorgan reportedly began laying off hundreds of bankers in its mortgage division, citing “cyclical changes.” Insiders suggest that bankers focusing on SPAC may be on the chopping block in the next few weeks.

“It will start with small layoffs at first – kids who have nothing to do,” one executive told The Post.

Last year, big banks including Goldman Sachs, JPMorgan and Morgan Stanley raised the salaries of entry-level bankers to unprecedented highs, partly because of a feeding frenzy for so-called “blank check” companies, or SPACs – companies. A new vehicle fast to the public that sparked an unprecedented deal volume last year as the pandemic eased.

But those deals have since dried up, setting the stage for job carnage, sources said. Last week, both JPMorgan Chase and Morgan Stanley reported surprisingly huge profit drops. While JPMorgan disclosed a 54% drop in its investment banking fees in the most recent quarter, Morgan Stanley said its equity underwriting fees stood at 86%.

“Banks brag about how they manage costs in relation to revenue,” Wells Fargo banking analyst Mike Mayo told The Post. “My advice to investment bankers is not to spend this year’s bonus in the Hamptons just yet.”

Still, banking sources predicted that most higher-ups would remain vigilant until at least the end of the summer before sharpening their axes. This is partly because they are unwilling to burn their ruthless reputation, and partly because some are still hoping the economy can reverse this decline. As such, they are unwilling to reduce the budgets of their departments mid-year.

“The next few months are a great time for really poor performers,” said a source. “Banks are holding onto everyone – if they fire someone they can’t get approval to re-hire someone.”

Similarly, the 100-hour work week of junior bankers has shrunk to between 50 and 60 hours in some cases, according to sources. According to one source, the hours devoted to community service have increased and “people have time to paint homes on the heights of Washington this summer”.

Indeed, there are growing signs of concern about the end of the boom between rank and file. A banking source said it is seeing “more people in the office as layoffs marginally.”

“Granted, there are interns,” said the source. “But I haven’t seen lifts so full in all these years.”

In fact, while 90% of Wall Street interns were getting jobs at the height of the hiring frenzy, that percentage is now “materially low,” according to a well-established source.

“It’s a worst-kept secret that layoffs will happen,” said another insider. “There is an entire generation that has never gone through an economic downturn. This is going to be new and painful for a lot of people.”

Another source said, “Jamie Dimon won’t let people sit on the payroll for long periods of time doing nothing.”

The slowdown in dealmaking is also expected to impact white-shoe law firms focused on M&A and dealmaking.

“The days of firms having junior associates get their dry-cleaning done are over,” quipped an insider. “Firms are greedy and they are hypersensitive to maximize profits.”