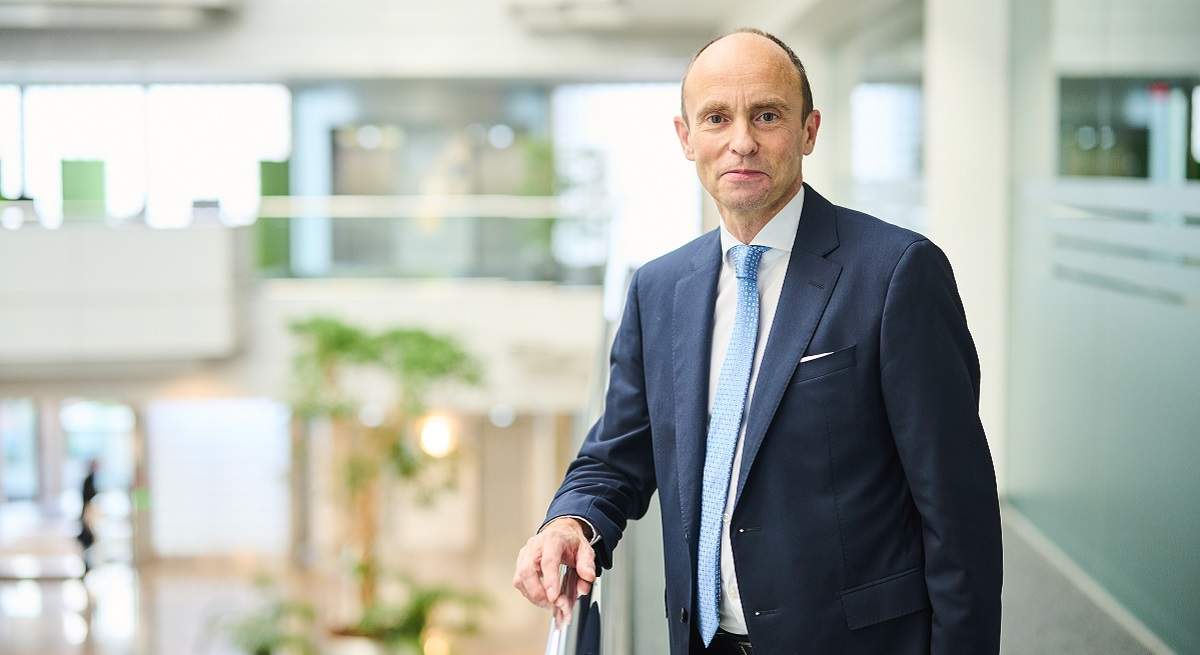 In the last quarter, the market share of electric vehicles in Europe increased and accounted for 11.9% of the total registrations of passenger cars in the European market. By the year 2025, the European Association of Manufacturers (ACEA) estimates that the penetration of vehicles with this type of propulsion will increase to 30%, while in the year 2030 it will already exceed 70%.

For Toyota, however, the growing demand for zero-emission vehicles it’s still small for the outlay involved in manufacturing their batteries in Europe.

Thus, after confirming that they will assemble the batteries in the Old Continent, Matt Harrison, President and CEO of Toyota Motor Europe (TME), explained to elEconomista.es that he hopes In 2025 it has electricity 10% of European volume, “It doesn’t create enough demand yet for us to truly localize manufacturing,” he said.

Harrison has been associated with Toyota for more than two decades. He joined the company in 2000 as General Manager of Vehicle Marketing for Toyota UK and held a number of positions in the company’s European division. In April 2021, he was appointed President and CEO of TME.

Harrison is no stranger to the motor industry, having spent 10 years at Ford before joining the Japanese manufacturer, working in sales and marketing in the UK, Europe and the rest of the world.

For this reason, the manager leaves the door open so that in the future, as the volume of the power market grows, the Japanese manufacturer increasingly enters battery manufacturing, perhaps with one of the your current partner,

“I think when we do, most likely we’ll do it in partnership with one of our battery partners, whether it’s CATL or Panasonic. Honestly, right now, It is not fixed because for us it will be after 2025, So not yet,” the executive insisted.

Car manufacturers try to produce batteries as close as possible to the assembly site because The logistics cost of moving lithium-ion batteries is too high, For now, Toyota will focus on the battery assembly for its new C-HR Prologue plug-in hybrid vehicle and will be done at one of its plants in Europelocated in France, the United Kingdom, Turkey, the Czech Republic, Portugal, Poland or Russia, although the latter, the company ended vehicle production in September following the invasion of Ukraine.

In addition to the tense geopolitical situation, other factors have affected the automotive sector as a whole, such as the semiconductor crisis, which has broken the production chain of many manufacturers.

Toyota announced in October that it has Revised its production forecasts downward, from 9.7 million units to 9.2 million for the 2023 fiscal year, which ends in March. With these figures, Harrison admitted that he was “much hitter” than expected this year.

In addition he pointed out They don’t believe it will be back to normal next year, “The European market is starting to decline due to the cost of living crisis, recession and the wider economic fallout. Fortunately, demand is ahead of supply, but we are going to continue to have problems as there is no cushion in the system,” he explained. . manager.

Currently, there is a gap in terms of market demand versus available capacity. Companies have immense pressure on supply chains and when there is a setback, which could be from a Covid outbreak or a machine failure, the entire process comes to a standstill. “I think this will continue to be a problem until 2024,” Harrison accepted.

In this sense, the President of TME commented that they have the highest order book in their history 550,000 vehicles Already sold out that are not available for delivery. toyota waiting times are between six and twelve months Depends on the brand (Toyota or Lexus) and model. The Toyota manager argued, “We’re managing pretty long delivery times, but so does everyone else. The customer is used to waiting for certain models.”

By 2022, the Japanese company’s European division is expected to deliver 1.1 million vehicles, which would mean reaching a record market share of 7.3% and cementing itself as the second manufacturer with the highest sales in Europe.

Harrison reveals this when asked about Euro 7 He does not believe this new regulation will help the company or its customers, as it “adds investment and costs”.

The new rules presented by the Community Executive will apply to the latest range of diesel and gasoline vehicles (2025-2035) and as an innovation it introduces reductions in nitrogen oxides (NOx) emissions for passenger cars, which exceed 60 Not possible. mg per kilometre, as compared to the previous limit of 80 mg for diesel and 60 mg for gasoline.

The manager was very critical and pointed out that it was not necessary. “We could probably do without it so that we can focus on the bigger challenge of preparing This dramatic acceleration towards complete electrification In 2035,” he said.

Similarly, he defended that the problem was not with some of the propulsion systems, for which he wanted Toyota to make sure they can maintain the competitiveness of hybrid vehicles, As well as its reach. “We are trying to ensure that the cost of Euro 7 does not get in the way of affordability, particularly in the small car segment. This is potentially our biggest challenge,” concluded Harrison.

Like so many other car companies, the Japanese manufacturer, which has set itself the goal of achievingTo carbon neutrality by 2040 in its European operationsCombustion vehicles are also facing a ban by 2035, with a market collapse affected by semiconductor shortages, the Russian invasion of Ukraine or inflation.