Medicine, Nursing and Psychology are the most chosen careers in Mar del Plata 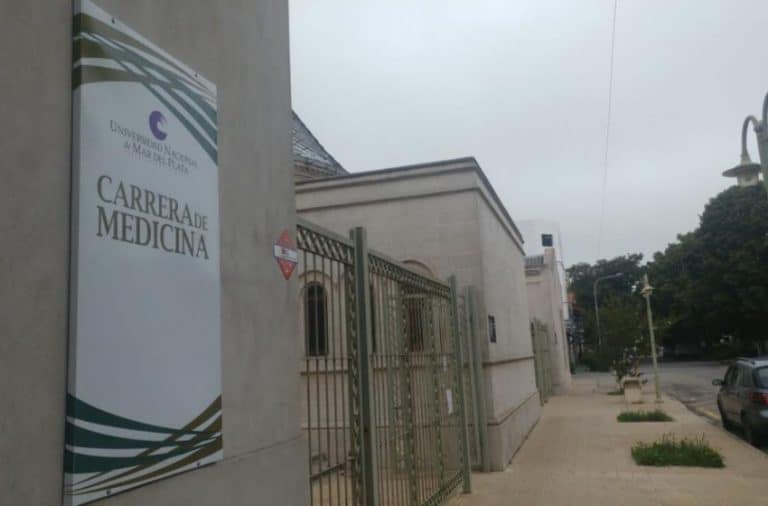 The National University of Mar del Plata registers a total of 18,000 in the first phase of registration for the 2023 school year, Medicine Careers added 1,800 people who expressed their intention to continue a career and it is the only one that is no longer re-opening registration. For the rest of the academic offer, a new date to sign up through the official website is February 13 and 18.

Agarias added nearly 450 entries, about half of which are from new intensive vegetable production careers decided online, While the economics and humanities faculties also saw an increase in what they have to offer. Like engineering, where industrial engineering, computing and information technology careers are the most chosen ones. And architecture and law, remain at the level of previous years.

For the 2022 cycle, the first registration instance closed on 3 December and UNMDP Academic Secretary, Daniel Reynoso said that “The numbers were similar to last year”,

The secretary emphasized that “Last Saturday the first phase of registration for the year 2023 was completed. We can say that, if it’s a picture it’s like 2022,

Although specific data on registration for 2023 is not yet available, (i.e., those interested will need to submit documentation to verify registration), and In February still a second instance, Reynoso announced that “about 18,000 students” had signed up in this first phase., To which he explained that “It’s similar to last year, but since the February phase is missing, we can’t give an exact number regarding the finale. It’s just like that maybe with some career growth with some growth.” “

In the same way, he assumed that “we still have registration for February, several thousand are interested on that date And you can modify it because it’s also related to the economic conditions, the rents, the people who decide to move to the city, they have another kind of influence with the weather in Mar del Plata.

most chosen
Among the most commonly chosen careers, there is usually an inclination towards the health sector, “Medicine, nursing and psychology are three careers the numbers of which are already consolidating, especially with the opening of the February window in the case of nursing and psychology.” With this, there is still potential for higher growth in new registrations”, he affirmed.

Reynoso explained that “the number is already fixed in the case of the drug as it is not included in the offer for February registration, it’s about 1800 for that race,

As specified by the Academic Secretariat in February, there will be a new phase to sign up which will take place from the 13th to the 18th of that month, and which does not include medicals. the secretary mentionedThe modus operandi will be completely virtualThe decision was taken as there is still a lot of interest regarding registration”.

Like every year, this year also there is a trend towards shorter races and this time it has increased Technician in Intensive Plant Production of the Faculty of Agriculture“With 450 registered, it competes with those registered in agricultural engineering, which was traditional. We can say that the trend of short and distance race has started showing.

For those interested in signing up in February, the process is done online through the university’s website. From there, in the Entrance section, you can register which requires a DNI and a certificate of completion or studies of high school.,