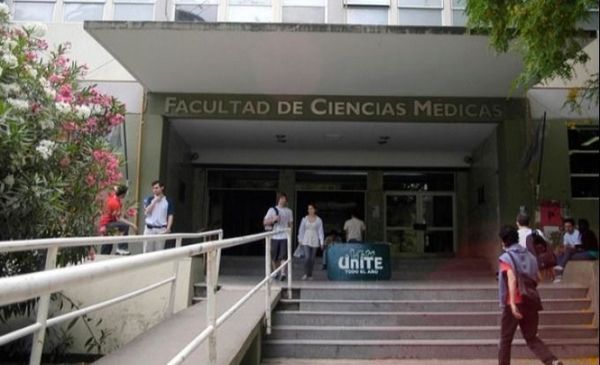 “You tell it and they don’t believe it,” ironed a student at the National University of La Plata’s (UNLP) Faculty of Medical Sciences yesterday after the student center that led Remedier posted on his social network Published a controversial counterpoint on that occurred yesterday at the meeting of the Board of Directors. This was when a project from that student group was voted on to request more histology and embryology classes, the main subject of the first year.

In particular, the students demanded that more embryology material be given in the courses, because, as they elaborated, “to date 50% of the histology questions in the partial and the other 50% are related to embryology, but only one The thing is we have students to study. The materials in question are asynchronous videos without any kind of exchange with teachers and most commissions use only the last ten minutes of class in the practical, focusing on embryology material or they do not direct the content.

With that claim in the folder, and after receiving no response from faculty officials or the chair in question, students came to the board of directors hoping that the professor would support their request. But the confusion was huge when, according to what he said, the teaching staff – with the vice-dean’s vote – protested: “It can’t be that they voted against giving embryology classes,” he told Remedier. complained.

And they abound: “The vote was 8 to 8, breaking the tie for deputy dean to negative, so the project was rejected.”

In this regard, he noted his concern. Well, the doctors of the future argued, “It is not that we are asking for facilities. We are asking them to give us more classes for learning and training.”

Along the same lines, he asked himself: “How can it be that teachers do not listen to students? How can it be that we do not self-criticize what we are asking for?” To end with one final concern: “How can they vote against the classes offered and following the official schedule?”

Meanwhile, academic sources reported that her rejection was not a dictation of classes, but rather she “voted against requests to impose material that she has to chair.”

As this newspaper is reporting, the demand for medicine to normalize the attendance of classes disrupted by the pandemic is nothing new. This is how one student recalled it yesterday on Remedier’s social network: “Relax hits teachers hard, they live in an eternal pandemic, it seems,” she was outraged. And another: “I find it ridiculous that students have to ask them to take classes. It’s a university and you’re telling me they have to beg for classes? There’s no logic in that, it can’t happen.” That they sabotage students like this.”