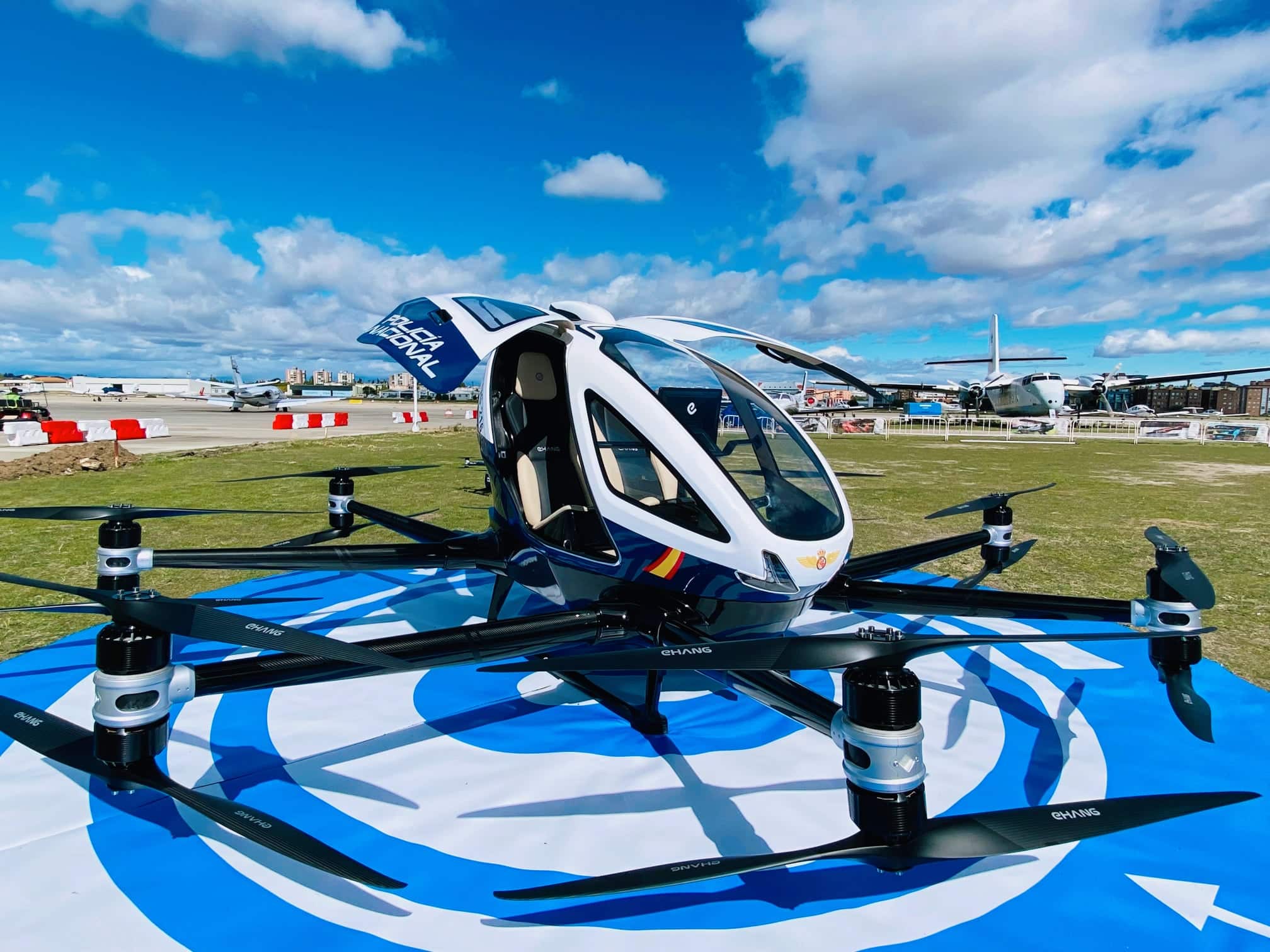 Megadrone is the name given by the Spanish press to the EHang 216 unmanned aerial vehicle (UAV), put into service by the Spanish National Police, which can carry two occupants to places where a helicopter can be operated. will have difficulty.

After spending a year completing a variety of tests, the Ehang 216 was eventually accepted for operational service within the air resources of the Spanish National Police.

it is #drone #EH216 It is part of Key Air Media Service. @police and have successfully passed all test flights

According to the newspaper El Espanol, the 216 model is the future and great bet of Chinese company EHang Holdings Limited to win a share of the lucrative urban air mobility (UAM) market.

The model adopted by the National Police can transport two passengers, covering a programmed point-to-point distance from the mainland, or it can be controlled by remote control.

“We’re very interested in what kind of missions we can use,” according to remarks he made at the National Police presentation in October 2021. “I’m sure it will be very useful Entering contaminated areas with CBRN exposure [Nuclear, Radiológica, Biológica y Química] or in confined areas where a helicopter does not enter.

The UAV in flight sequence has a mass of 600 kg and, according to the manufacturer, has a load capacity of 220 kg with a range of 35 kilometers (at full load) and a maximum speed of 130 kilometers per hour, thanks to its 8 double rotor motors.

“The use of this technology will put the national police at the fore in the use of these types of aircraft by police forces not only in Spain, but also in Europe,” he concluded in the presentation to EHang 216. The equipment selected in this case is composed of a camera in the front part of the abdomen of the fuselage with which to carry out aerial surveillance missions. It is unknown whether it integrates other types of sensors on board.

Based on technology from EHang 2016, the Chinese manufacturer is developing an air ambulance version and an aerial firefighter version to extinguish fires in elevated areas, such as the top floors of buildings, where cranes cannot reach.