Mercosur: a tough fight between Argentina and Uruguay at the foreign ministers’ summit and Santiago Cafiero talks of a “breakdown” 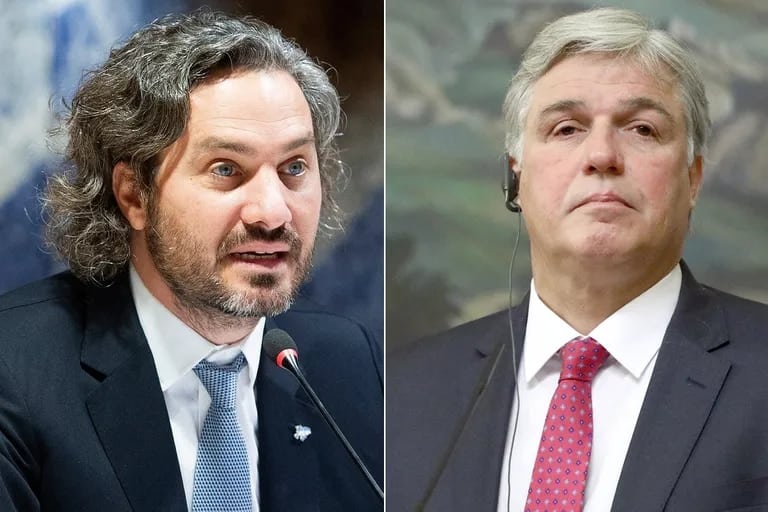 In the preview, everything was smiling and hands were outstretched between the chancellors, Santiago Cafiero, and their pair from Uruguay, francisco bustillo, Minutes later, at the MERCOSUR headquarters in Montevideo, and the day before the meeting of the presidents of the regional accord, foreign ministers on both sides of the Río de la Plata staged a difficult crossroadsin which he resented all around free trade agreements That’s what the neighbor wants with China and the Trans-Pacific Agreement, tariffs and a delayed deal with the European Union (EU).

The Bloc cannot be satisfied with the achievements it has made, Bustillo said, and called for an “updated, modern Bloc that meets the challenges of today, yesterday and tomorrow.” And he continued: “From Uruguay, we already have a critical vision: Mercosur had to live up to its times and challenges, and none of the Byzantine discussions, We keep seeing the same shortcomings. Bustillo presented last week on behalf of the President louis lacle pouProposal for an agreement with the Trans-Pacific Agreement, chaired by Australia and New Zealand.

“We have to strengthen our business to enable regional integration, integration projects with an expanded market, strengthen ties with other countries and blocs, we can’t afford the luxury of immobility”, criticized Bustillo in another chapter of counterpoint with his MERCOSUR partners for his decision to move forward in free trade agreements, as happened months earlier with regard to a possible free trade agreement between Uruguay and China.

After a while, Cafiero pointed “one-sided approach” Warned about the “risk” of Uruguay’s and other agreements with its and other blocs and countries. “We are concerned about some one-sided approach, we have expressed this in the note,” recalled the foreign minister, referring to the letter of protest presented by Argentina, Brazil and Paraguay against Bustillo’s efforts in Oceania. “It is contrary to the rules of MERCOSUR, it violates the rule of unanimity, the basis of MERCOSUR. The one-sided nature of some decisions worries us”, said the Foreign Minister, for whom “the concrete and reciprocal testimony of the Asuncion Treaty is missing, and the political correspondence”. He also warned, dramatically: “One-sided path is taken which can lead to breakup.”

There were also differences of opinion regarding the deal with the European Union. “We lose attractiveness and we do nothing to recover it. We are what we wanted to be, an incomplete free trade zone,” Bustillo said. praised the prospect, but warned of its negative consequences. “It will be the bloc’s most important instrument, although it presents risks due to competition with European companies with more resources,” he said. “The EU shows little flexibility. Yes, sometimes the ball is not on our side,” referring to new environmental requirements for raw materials and exportable products from Mercosur.

“Our last trade deal is from 2011, we don’t have an agreement with any of the world’s 10 most important powers. If we do not allow ourselves to criticize ourselves, we will be condemned to frivolity”, was criticized by Bustillo, who was also very harsh regarding the disagreement around the general external tariff, which Uruguay and Brazil wanted to reduce. and Argentina protests in defense of certain goods.” Mechanism is needed to resolve barriers distorting trade between states. We have many tariff restrictions that prevent free movement”, said the Uruguayan Foreign Minister, in the sense that “we have failed: we have three tariffs, we do not have a common tariff. There is no normal external charge. The head of Uruguay’s diplomacy said, reality dominates the story and takes us away from utopia. “Negotiations are more difficult in the bloc, but we should not rush to celebrate agreements that complicate countries and their economies,” Cafiero retorted.

In return, Paraguay and Brazil reneged with Argentina regarding agreements with other countries. “Consent in decision-making is Mercosur’s commitment, there is no room for second interpretations,” said the Paraguayan foreign minister. Julio Ariola, Brazilian Foreign Minister, carlos frank, also called for “discussing frankly, respecting the bloc’s mechanisms” and acknowledged: “We are concerned about the problems that would arise from one-sided talks.” This was the last involvement of Franca, who would leave office when she became president. jair bolsonaro in Brazil.

Mali has received four helicopters and weapons from Russia