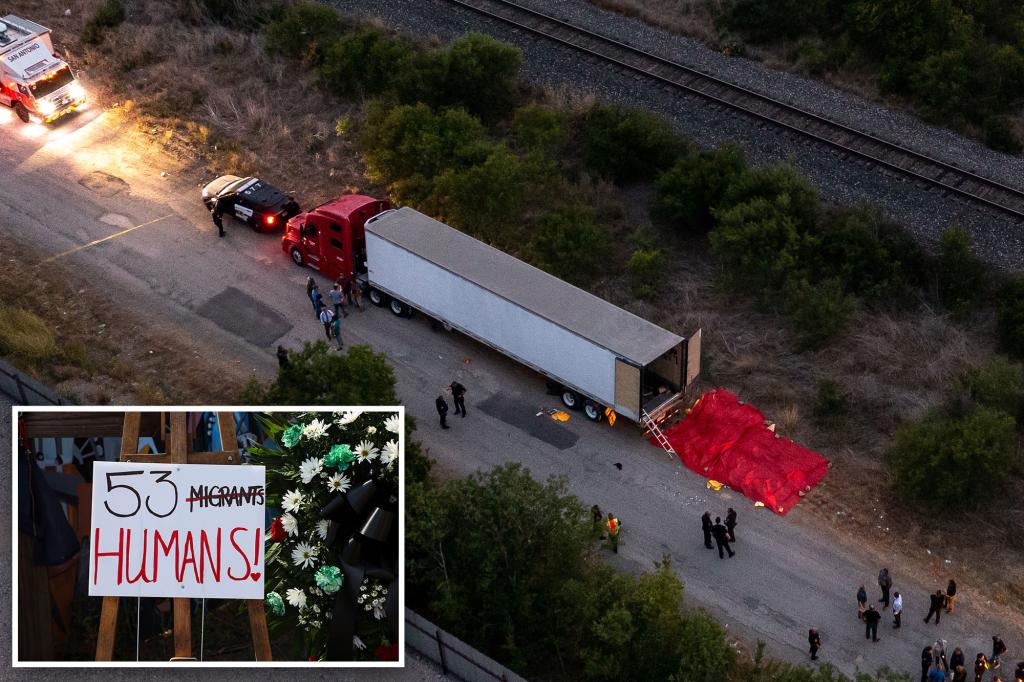 A federal judge ruled Friday that two Mexicans arrested in Texas this week in connection with the deaths of 53 migrants who were killed inside a truck will remain in prison.

Juan Claudio D’Luna-Mendez, 23, waived his custodial hearing on Friday, and Juan Francisco D’Luna-Bilbao, 48, had his attorney’s file to delay the hearing until August 1.

The pair were arrested on Monday after law enforcement officers spotted them leaving the address tied to the registration of the abandoned truck where the migrants apparently died of heat stroke and dehydration.

De Luna-Bilbao was reportedly caught with a handgun placed in the center console of a pickup truck and more weapons were allegedly found inside the home where the death truck was lodged.

Both men were charged with illegal possession of a weapon in the US by a foreigner, which carries a maximum sentence of 10 years in prison.

It is unclear what role the two men played in the horrors that unfolded on Monday, when officials say driver Homero Zamorano Jr., 45, left a tractor-trailer filled with 64 migrants at a famous smuggling site outside San Antonio. Gave. ,

Forty-eight people had died by the time officials found the truck.

Zamorano reportedly drove the truck into a triple-digit heatwave from the southern border and through at least one immigration checkpoint. Officials said no air conditioning was working in the trailer.

The accused smuggler has been charged with one count of illegally transporting aliens resulting in death. If found guilty, he could face the death penalty.