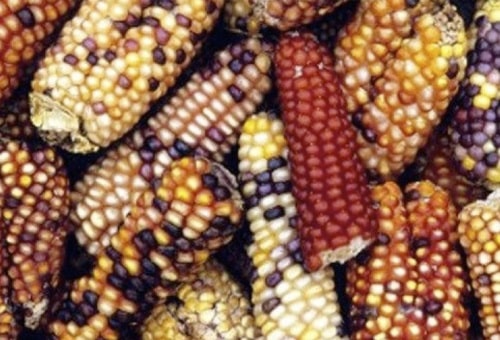 Mexican President Andres Manuel Lopez has said he is prepared to launch a trade dispute with the United States if they fail to reach an agreement on GM corn.

The country is set to allow the import of transgenic yellow corn for animal feed only for the next two years, according to Mexico’s president, while the government studies whether the practice is harmful to human health. The decision affects the trade agreement between the US, Mexico and Canada, as the US will sell 16.8 tonnes of corn to Mexico, its main market, for more than $5 billion in 2021, according to council data. Also, Mexico One of the largest importers of corn in the world, However, the government assures that imported transgenics threaten local parent varieties and health.

The President, Andrés Manuel López Obrador, assured that Mexico was prepared to take the matter to a commercial court under the treaty if the two sides failed to reach an agreement. López Obrador said, “If you have to choose between health and professionalism, we choose health.” “There are mechanisms in the treaty to settle these disputes, but we have elements to defend as to why transgenic corn is not allowed.”

However, López Obrador said that a “way out” of the dispute was being sought, and confirmed that the US Secretary of Agriculture, Tom Vilsack, is a “conscious” person following his trip to Mexico.

For his part, Vilsack said that “some progress” had been made, but also noted that if the issue was not resolved, the US would be “forced to consider all options”, including North America. including actions under trade agreements.

Earlier this year, Andrés Manuel López Obrador issued a decree banning glyphosate along with transgenic corn. With this in mind, in 2019, the Senate mandated that native corn be protected from GMOs.

“Officials in biosecurity matters, with the aim of contributing to food security and sovereignty and as a special measure of protection of native corn, milpa, biocultural wealth, farming communities, gastronomic heritage and the health of Mexican men and women, they Will cancel and refuse to grant permits for the release of genetically modified corn seeds into the environment, ”says the decree.

Even then, Neither the World Health Organization nor the National Academy of Sciences of the United States of America have associated transgenics with harm to health. In an analysis published in the journal Nature, which covers the results of research conducted from 1996 to 2006, it shows that so far there is no link between transgenics and effects on human health, Conversely, crop production has increased because they are more resistant to pesticides and herbicides. (watch: benefits of transgenic corn,

Is the universal mobile app coming back?