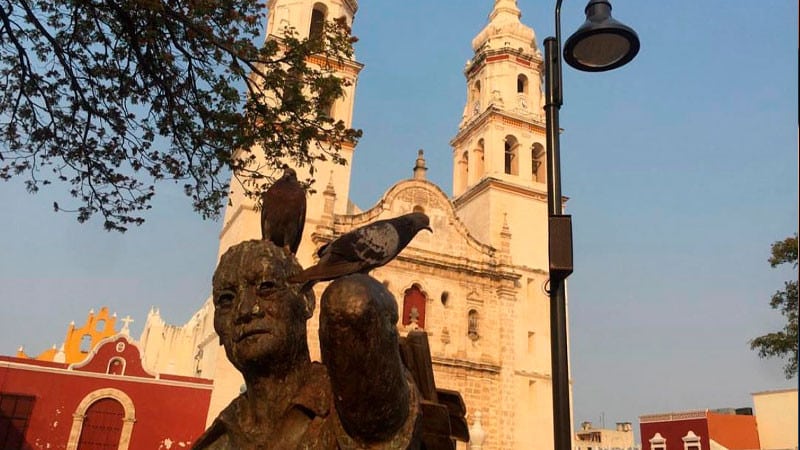 Mexico, September 21, 2022.- Federal Secretary of Tourism, Miguel Toruco Marques highlighted the importance of Mexico’s Heritage Citieslike a part 235 places for tourism business What does our country have?

The Congress was held from 6 to 9 September at the Quebec Congress Center, Canada, and had a central theme.Improving the quality of life in World Heritage Cities,

During these days, a private event was held in which the Mexican delegation offered tourism products to Canadian tour operators and travel agents. 10 cities of our country included in the world heritage list,

On his occasion, the Consul General of Mexico in Montreal, Alejandro Ives Estivil Castro, highlighted the role played by “Stamp”.world Heritage“That these cities, as tourist attractions, is a recognized distinction around the world.

Mexico has had excellent participation in previous editions of the OWHC Congress, most recently in Krakow, Poland and Gyeongju, Korea.

Currently, 260 cities or historical centers around the world are on the World Heritage List in the category of “Cultural Property” for their exceptional value.

Before the World Congress of (OWHC), activities were carried out in our country, including the Forum.Xochimilco in the framework of the 50th anniversary of the Convention on the Protection of the World Cultural and Natural Heritage”, organized by the National Association of Mexican World Heritage Cities in coordination with the Xochimilco Mayor’s Office and the UNESCO Office in Mexico.

Sectur was present at the event through the General Directorate of Tourism Product Innovation, which also included the Mayor of Xochimilco, Jose Carlos Acosta Ruiz; and by the representative of the Ministry of Culture of the Government of Mexico, and the Presidency of the National Association of Mexican World Heritage Cities; Meanwhile, Mauro Rossi, head of the UNESCO World Heritage Center’s Unit for Latin America and the Caribbean, and Frédéric Vacheron Oriol, UNESCO’s representative in Mexico, took part virtually.

Within the activities, two panels were organized, previously called “Conservation of Cultural Heritage 50 Years after the Convention”, with representatives from the National Institute of Anthropology and History (Inah:) and the Faculty of Architecture of the National Autonomous University of Mexico (UNAM,