MIG-21 Crash: When will this MIG-21 aircraft finally depart from the IAF fleet? So far more than 200 pilots have taken their lives 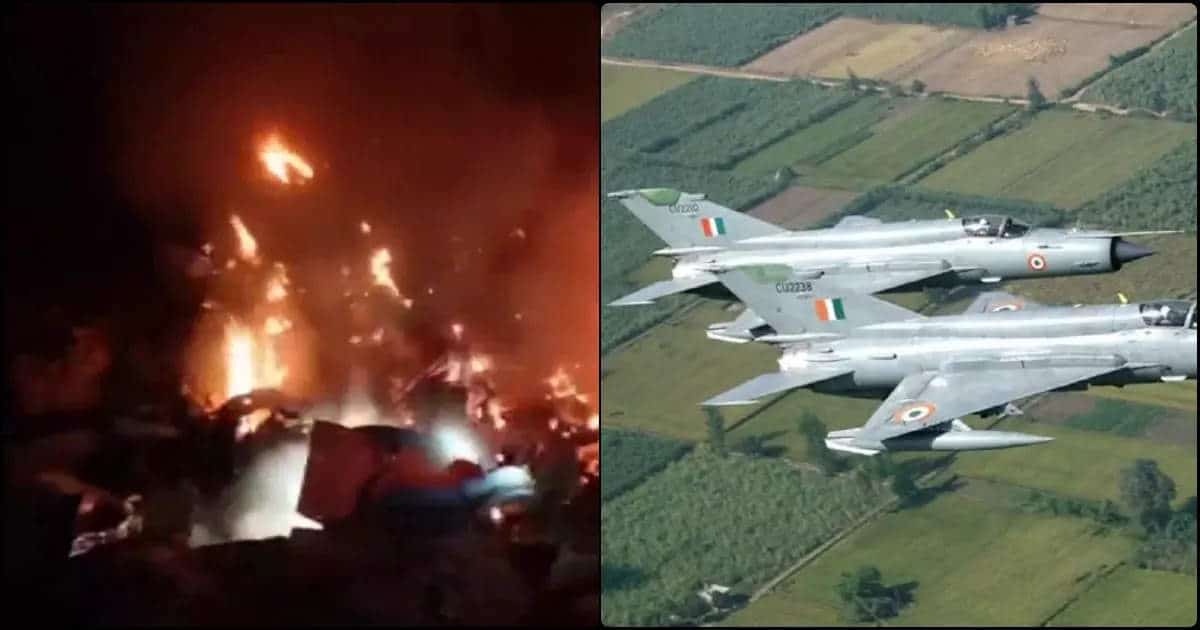 New Delhi: A very painful news has come in front of the country. Indian Army MiG-21 aircraft has crashed in Barmer, Rajasthan. Both the pilots have died in this accident. This is not the first time that this aircraft has had an accident, but do not know what are the reasons that this aircraft is not being taken out of the Indian Army. In the year 2021, there were five accidents with this plane. Despite this, this aircraft was not removed from the Indian Air Force fleet. According to one figure, there have been more than 400 MiG-21 accidents in the last six decades, in which more than 200 pilots have lost their lives.

Once upon a time India’s pride was MiG-21 fighter aircraft
In 2021, the MiG-21 Bison became the victim of the most accidents, which was involved in five accidents. Three pilots lost their lives in these accidents. This aircraft was inducted into the ranks of the Indian Army in the 1960s. The MiG-21, the first supersonic fighter that had joined the Indian Air Force three years earlier in the 1971 war, wreaked havoc on the eastern and western fronts. The power of the MiG-21 can be gauged from the fact that it shot down 13 fighter jets of the Pakistani Air Force during the Bangladesh Liberation War, while it had to lose only one. Not only this, during the Balakot airstrike, Pakistan’s modern F-16 fighter aircraft was also chased by MiG-21. At that time only Wing Commander Abhinandan was flying it.

25 December 2021- MiG-21 Bison crashed in Rajasthan. This was the fifth accident involving bison this year. The Air Force has said that pilot Wing Commander Harshit Sinha has died in the accident. According to the Air Force, this aircraft fell victim to an accident in the western sector around 8 pm.

20 May 2021- MiG-21 had crashed in Moga, Punjab. Pilot Abhinav Choudhary took off from Suratgarh Air Base in Rajasthan for Siddhawan Khurd range near Jagraon in Punjab on Thursday. After this, pilot Chaudhary, who went for practice in the evening, flew back to Suratgarh from Siddhawan Khurd range. Coming to Langiana Khurd village in Moga, he realized that something was wrong. They began to fear that the plane might crash. After this, pilot Chaudhary jumped from the flying plane. Shortly after, his plane crashed into the fields and caught fire. After getting information about the accident, the police started the rescue and the pilot was nowhere to be found. After this, the police started searching for Pilot Chaudhary by forming different teams. About four hours later, the body of pilot Chaudhary was found at a distance of about five hundred meters from the accident site.

January 5, 2021- The first accident in 2021 took place on 5 January in Suratgarh, Rajasthan in which MiG-21 Bison fell. However, the pilot managed to eject safely.

The data told to the Rajya Sabha during the budget session
The Ministry of Defense presented a report in the Rajya Sabha in the budget session of Parliament. This report is frightening as the loss rate is very high. 29 of the Air Force, 12 of the Army and 4 of the Navy are involved in these accidents. Of the soldiers killed in the accidents, 34 are from the Air Force, 7 are from the Army and 1 is from the Navy. No information has been given about the casualties of civilians in these accidents. The report said that due to the delay in the process of handing over the new aircraft to the armed forces, the army has to fly aircraft like the dilapidated Cheetah, Chetak and MiG-21. Union Minister of State for Defense Ajay Bhatt said that in the current financial year, 13 jawans have been martyred in such accidents. On 8 December 2021, 13 soldiers were martyred in a helicopter crash.

The MiG-21 was inducted into the Indian fleet in 1964.
In 1964, the MiG-12 fighter aircraft was inducted into the Indian Air Force as the first supersonic fighter jet. Initially these jets were made in Russia and then India also acquired the rights and technology to assemble this aircraft. After which Hindustan Aeronautics Limited (HAL) started production of MiG-21 fighter aircraft under license from 1967. Russia stopped manufacturing this aircraft in 1985, but India has been using its upgraded variant. The MiG-21 also played an important role in the 1971 and 1999 Kargil war with Pakistan. The MiG-21 Bison fighter aircraft is an upgraded version of the MiG-21. Due to which it can be used for the next 3 to 4 years. This version is used only by the Indian Air Force. Other countries use different variants of it. As of September 2018, the Air Force had around 120 MiG-21 aircraft.