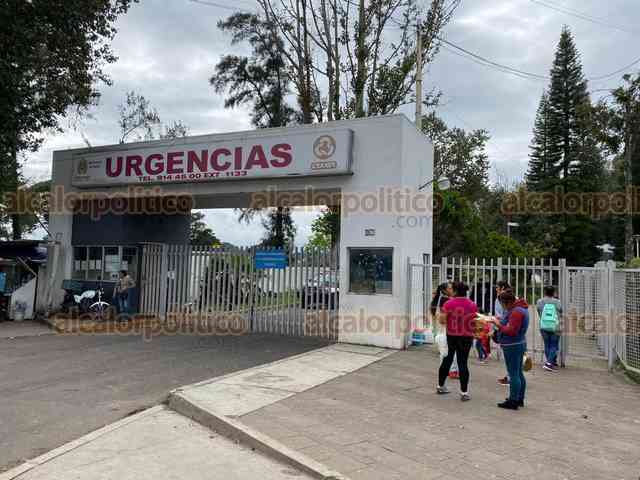 The health secretary of Veracruz denied that there was so far a case of monkeypox at the “Doctor Rafael Lucio” High Specialty Center (CAE) in Xalapa, as was anonymously condemned by personnel from the same hospital.

In a statement, the unit clarifies that it does not “follow up on three other family members of the patient who entered the hospital’s private medical area, as reported in some media.”

It is to be noted that the CAE staff reported that a patient with symptoms of the disease was admitted on Thursday without the necessary protocols and care, for which they feared that the workers might have been infected.

The staff expressed their concern as they are probably not clearly informed by the hospital management about what is happening.

Health, for its part, dismissed the said case after interviewing personnel from the Zalapa Sanitary Jurisdiction, which has a higher specialty centre.

“The head of the private sector of the above hospital confirmed the absence of any patient with a probable diagnosis of the above condition,” the statement said.

However, officials clarify that protocols and epidemiological surveillance are on.

“So far in Veracruz, only three cases have been confirmed, both at the state and federal levels. The incubation period for VS is usually six to 13 days, but it can range from five to 21 days. It often begins with a combination of the following symptoms: fever, headache, chills, asthenia, lymphadenopathy, myalgia and lower back pain, so you have to be alert,” he explained.