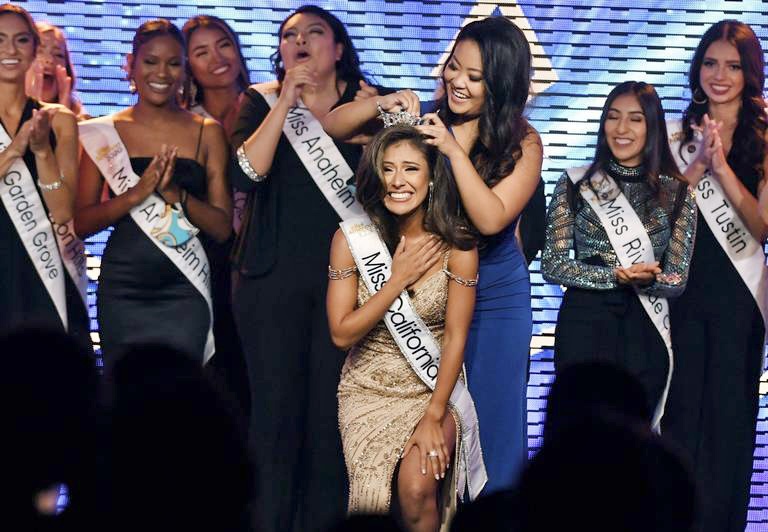 The Miss America pageant exits its pandemic hiatus Thursday night, and the 2022 winner will be crowned at the Mohegan Sun Casino in Connecticut.

Who is Miss California?

Jasmine Avalos, winner of the state title while serving as Miss Los Angeles County. She graduated from Bolsa Grande High School in Garden Grove in 2015 and from California State University at Fullerton in 2019 where she earned her BA in English.

She was raised by a single mother who immigrated from Mexico.

According to her bio, 24-year-old Avalos works at the Garden Grove Unified School District as a substitute teacher and is an actor at Disneyland. As part of her “Social Performance Initiative,” she volunteers for substance abuse organizations. Her theatrical talent is singing; in Miss California, she sang The Amazing from the Broadway version of Little Women.

Who was the last Californian to be named Miss America?

Debra Muffett was Miss America 1983. She moved to Anaheim after years of trying to claim the Miss Texas title, and was 25 – her final year of eligibility – when she was competing for the national title. She went on to host TV shows, including PM magazine.

Where can I watch the competition?

It kicks off at 5:00 p.m. PT on Thursday, December 16, only on PeacockTV.com or its mobile app. It will be preceded by an hour-long tribute to the 100th anniversary of the competition.