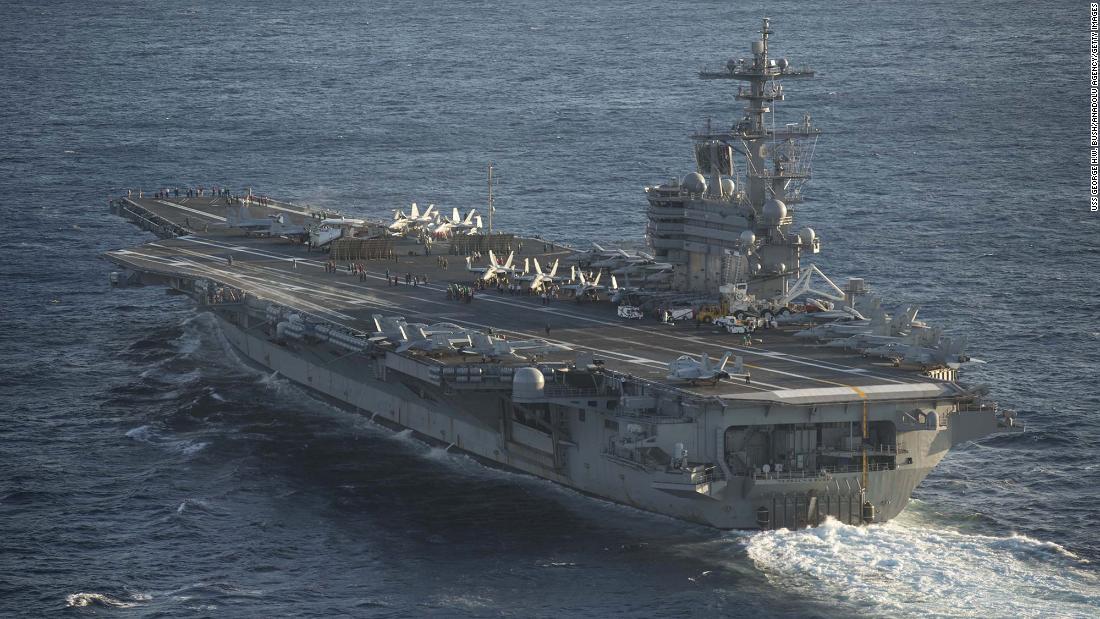 (CNN) — More than 200 sailors were relocated from the aircraft carrier USS George Washington following multiple suicide deaths among the crew, including three in less than a week in April, according to the US Navy.

Sailors will be flown to a local Navy facility while the nuclear-powered aircraft carrier undergoes an annual refueling and refurbishment process at the Newport News Shipyard in Virginia. In the last 12 months, seven crew members have died, including four by suicide, prompting the Navy to open an investigation into the work environment and culture aboard the Nimitz-class aircraft carrier.

The carrier’s commander, Capt. Brent Gaut, made the decision to allow sailors living on board the ship to move to other accommodations, according to a statement from Naval Air Force Atlantic. On the first day of the changeover, which began Monday, more than 200 sailors left the carrier and moved to a nearby Navy facility.

“The move plan will continue until all sailors who wish to get off the ship do so,” the statement said. While the carrier does not have the full roster of approximately 5,000 sailors, it still has 2,000 to 3,000 sailors on board during the refurbishment process.

The ship’s command is working to identify sailors who could “benefit from and desire the support service and morale, welfare and recreation (MWR) programs” that are available at local Navy facilities. The US Navy is in the process of securing “temporary housing” for these sailors, according to a previous statement from Naval Air Force Atlantic.

“The leadership is implementing this and carrying out a series of personal and moral welfare measures as well as support services to members assigned to the USS George Washington.”

The deaths aboard the aircraft carrier prompted Rep. Elaine Luria, a 20-year US Navy veteran whose district includes multiple military installations, to address a letter to Chief of Naval Operations Admiral Michael Gilday demanding immediate action. to ensure the safety of the crew.

“Each of these deaths is a tragedy, and the number of incidents across a single command, including four Sailors taking their own lives, raises significant concern that requires immediate and rigorous investigation,” he wrote. Luria last week, noting that his office has received complaints about the quality of life aboard the ship and a toxic work atmosphere.

Publisher’s note: If you or a loved one has thought about suicide, call the National Suicide Prevention Lifeline at 1-800-273-8255. The line provides free and confidential assistance 24 hours a day, seven days a week, for people in suicidal or distressed crisis. You can learn more about their services here, including their guide on what to do if you spot suicidal signs on social media. You can also send a message with the word TALK to 741741.

You can also call 1-800-273-8255 to speak with someone about how you can help someone in crisis. Call 1-866-488-7386 for TrevorLifeline, a suicide prevention counseling service for the LGBTQ community.

For assistance outside the US, the International Association for Suicide Prevention provides a global directory of resources and international hotlines. You can also turn to Befrienders Worldwide.
See here the lines of attention and prevention of suicide in Latin America and Spain.