Morocco, France and a story that goes beyond Qatar 2022 and football Politics and colonialism marked the relationship between the two countries 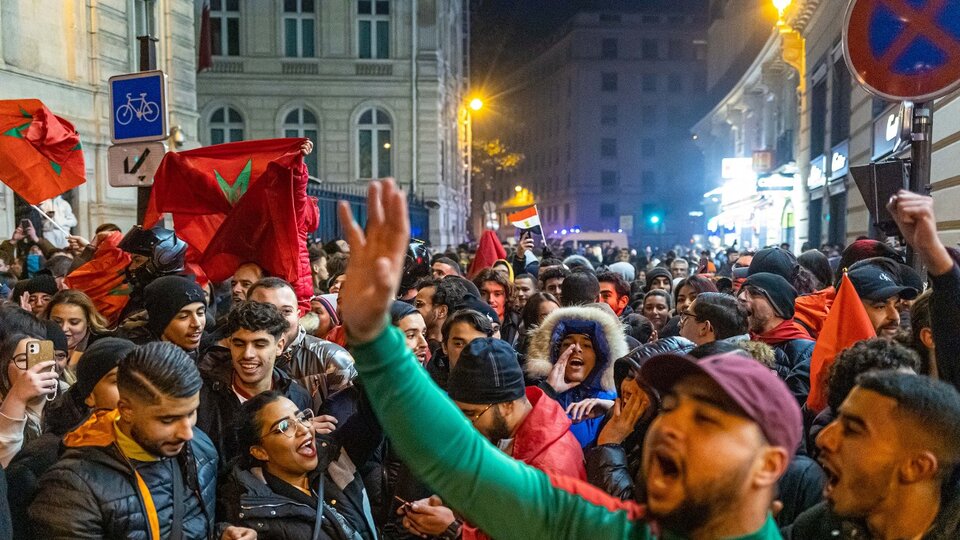 France and Morocco have reached the second semi-final of the World Cup on Wednesday, The Gauls, the defending champions, will head into the decider in search of something that hasn’t happened since 1962: winning two World Cups in a row. In contrast, they would have the first African team to reach the semi-finals of the World Cup. The two countries have a common history: Morocco was a French colony.,

Morocco and the French Colonies

The colonial past is still felt and this explains, in part, the repression of Morocco by the police in Paris, when they celebrated victory against Portugal and progressed to the semi-finals. More than 70 prisoners were taken as a result of the action of the Paris police. As residents of a French protectorate established in 1912, Moroccans were second-class citizens. In a country whose main language is Arabic, French has become an unofficial second language, almost on a par with Spanish., Spain was an ally of France in the colonial war fought in Morocco before, during and after World War I between 1911 and 1927.

The protectorate of 1912 was extended till 1956, In between, came World War II, the German occupation and the Vichy puppet regime. In short, colonial Morocco left under Nazi rule is universally known to any movie lover who has seen casablanca,

Morocco became an independent country in 1956, France emerged from the Second War exhausted and, on top of that, faced the war in Indochina from 1945, which resulted in the independence of Vietnam in 1954. Mohammed V became king with full authorityAfter decades of living with French colonialism and fighting for independence.

On the king’s death in 1961, he was succeeded by his son, Hassan II., During his reign, until his death in 1999, he maintained good relations with France and Spain. And they copied from the French their counterintelligence methods used in neighboring Algeria. He repressed opponents, disappeared and was imprisoned without punishment, Since the 1960s, the country has a long history of human rights violations.

It was in 1965 when a shocking incident happened. On 29 October of the same year, the dissident Mehdi Ben Barka disappeared in Paris., Exiled to the French capital, he was a staunch critic of the emperor. He disappeared into the hands of French police officers.

One version indicates that he was tortured in the presence of a high official of Hassan II, the Minister of the Interior, Mohammad Ufkir, who would be sentenced in absentia for the act. Ben Barka’s remains were never found, Ufkir attempted a coup against Hassan II in 1972. It failed and, according to one version, he committed suicide. He had five bullet marks on his body,

Green March, Western Sahara and the Paris and Washington events

In 1975, Hassan II changed the map of Africa, taking advantage of the crisis Spain was facing due to the imminence of Francisco Franco’s death., While the tyrant was dying, the king ordered what would go down in history as the Green March, Spain, which had granted independence to Equatorial Guinea (the only country in Africa whose official language is Spanish), was preparing to leave Western Sahara and grant self-determination to the Sahrawi people.

There the French government entered the scene together with the United States. In the framework of the Cold War, Paris and Washington recognized that a new state that could ally itself with Algeria, Morocco’s rival and, worse, a country in the socialist bloc, was not convenient. So they played up Moroccan nationalism and Hassan II played his pieces. On November 6, 1975, he ordered the mobilization of 300 thousand people, That human tide technically entered Spanish territory on foot.

Meanwhile, in Madrid, Franco was fighting against the looming arrival of death, which would take place on 20 November. With its leader dead, Francoism turned to a war of nerves, proposed by Morocco. On the 9th, Morocco withdrew and Spain signed an agreement by which it undertook to free the region from colonization, but also sided with the cause of the inhabitants of Western Sahara., A war broke out with Morocco and Mauritania on one side and the Polisario Front (Sahrawi Armed Wing) on ​​the other. The conflict lasted until 1991: the claim remains, but Western Sahara is occupied by Morocco.

At the same time that hostilities with the Polisario Front ended, French public opinion was shaken by the appearance of a book, our friend kingby Gilles Perrault. Journalists who rose to fame in the 1960s red orchestra (book that enumerates the actions of Soviet espionage in World War II), harshly described the regime which until then was seen as a monarch who respected human rights, Hassan II tried to stop its publication and apparently banned it in his country.

The current king is Mohammed VI. WikiLeaks cables point to him as the head of a network of corruption, The Arab Spring broke out soon after and the state avoided shocks such as Tunisia, Libya and Egypt.

In 1986, Michel Platini’s France finished third in Mexico 86. In the World Cup that saw Diego Maradona’s Argentina crowned champions, Morocco was the first team from Africa to qualify for the round. In fact, they won their group and were eliminated in the round of 16 by West Germany, the eventual runners-up. 36 years later, both teams, as nations with a similar political history, settle rival of Messi’s Argentina,