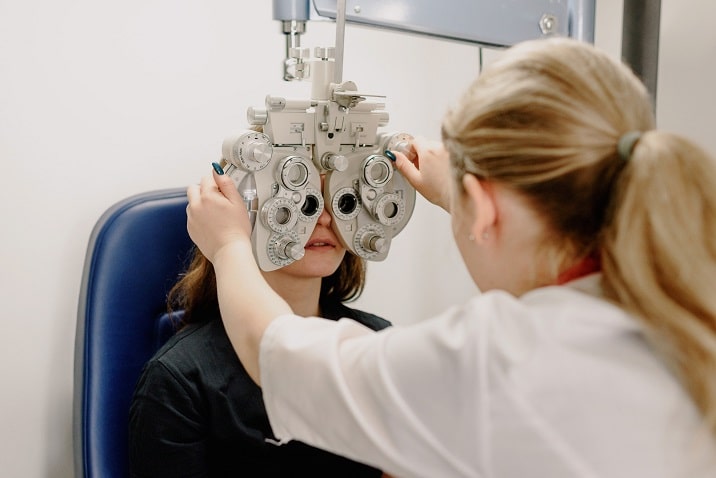 We don’t always pay it the same attention as other diseases, but the truth is that eye deformities are more common than they seem. For example, the data from the National Health and Well-Being Survey are1 (National Health and Well-Being Survey) 2018, which revealed that the prevalence of eye diseases in Spain was 16%. The figure was higher among women between the ages of 55 and 64, as ocular diseases are more common in women in almost all age groups.

Consulting the data offered by the Spanish Society of Ophthalmology about which are the most frequent ocular pathologies, as well as their causes and treatments2We can highlight the following:

Pathology according to different ages

It should be noted that the incidence of ocular pathology varies according to the age of the individual. Thus, in children, some hereditary pathologies such as retinitis pigmentosa may have an early onset.4, It is the most common cause of hereditary retinal degeneration. It is a relatively common disease, occurring in one out of every 2,000 births in Spain. It is estimated that about 15,000 will be affected in our country and there will be more than 60,000 carriers of the mutation which has the potential to cause disease.

However, in adolescents, it is more common to encounter a pathology such as keratoconus. It is a pathology that actually usually appears in adolescence up to the age of 20 years. It should be remembered that, as explained by the American Academy of Ophthalmology5The cornea is the transparent dome-shaped window at the front of the eye and its job is to focus light into the eye. Thus, what happens in keratoconus is that the cornea becomes thin and bulges out like a cone. Due to the change in the shape of the cornea, the rays of light become blurred. As a result, vision becomes blurred and distorted, making some daily tasks such as reading difficult.

On the other hand, in adults, cataract is the most frequent pathology, since it is related precisely to age. However, according to calculations by the Spanish Society of Implant-Refractive Eye Surgery (SECOIR)6In Spain, 450,000 cataract operations were performed per year in 2019.

On the other hand, beyond the most common malformations, the influence of ocular deficiencies should also be highlighted. Thus, according to ‘Studies on Vision in Spain’7, carried out by the Clinica Baviera Ophthalmological Company, almost three out of four Spaniards (72%) suffer from some visual decrease, which increases from the age of 45. Despite this, there are 21.8% who have never got their eyes checked.

These figures match those of the 2013 ‘White Paper on Vision in Spain’8, published by the Employers Association FEDAO, Spanish Federation of Associations of the Optical Sector, General Council of Colleges of Optometrists. It states that, in Spain, 53.4% ​​of the population uses some form of vision correction system. In particular, about 25 million Spaniards use glasses or contact lenses. On the other hand, despite the fact that vision loss is considered a significant issue, the reality is that only 40% of the population undergoes regular check-ups.

Of these deficiencies, the same document states that the most frequent is presbyopia (strain of the eyes). It is a disease that 67% of Spaniards over the age of 40 suffer from. In second place is myopia, an eye problem that affects 29% of the population. Its prevalence is higher among young people aged 18 to 34, with an average of 2.94 diopters. In third place would be astigmatism, which is suffered by 24.8% of the population with an average of 1.54 diopters.

Queen Elizabeth II left a mysterious letter that can only be opened in 2085: