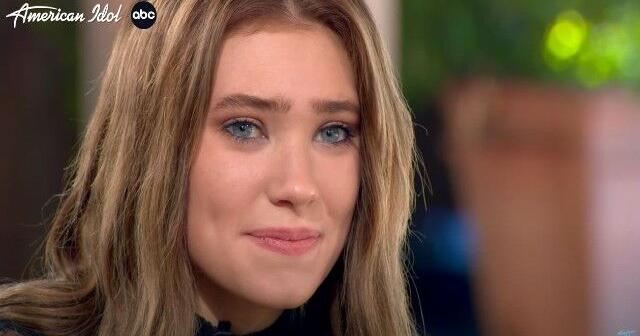 Cadence Baker of Muscle Shoals made it to the top 24 on “American Idol”.

This was revealed on Monday night’s show.

Judges Katy Perry, Lionel Richie and Luke Bryan told Baker it was time for her to act like the star she was on stage. They say they are giving her some tough love. Watch more in the video below.

Cadence earned her top 24 spot on American Idol after singing “The Story” by Brandi Carlyle on the show.

19-year-old Cadence is currently writing her own story and her family say she is stepping out of her comfort zone to do it.

“I think it’s one of the things I’m most proud of,” said Cadence’s father, Shane Baker. Is knowing that American Idol is something you dare to judge by America, everyone.

Cadence made it though Hollywood week.

Next Stop! American Idol returns to Hawaii to begin its two-night show. Only then can fans start voting.

Cadence’s grandfather Gary Baker, himself a musician, says American Idol is the perfect stage for someone like Rhythm right now.

Gary Baker said, “The thing that really blew my mind is how she developed as an artist and grew as a person.” “I mean she’s really delivering it. She’s out there herself. She did it on her own and I couldn’t be more proud.”

Gary says it was recorded at Noiseblock Studios on the campus of the University of North Alabama.

Follow her journey on “American Idol” Sunday and Monday nights at WAAY 31 at 7 p.m., and stay tuned for more on how you can make her happy!