Mystery surrounds the sudden death abroad of an Australian football talent in a tragic accident. 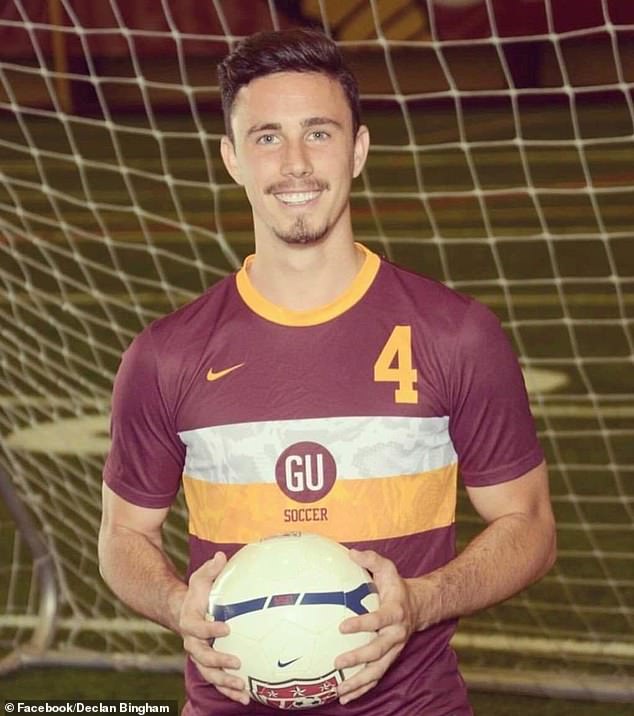 A promising Australian football star who died in an accident overseas is remembered by friends, family and colleagues for his athletic talent and kindness.

Declan Bingham, who played football on the Gold Coast and Pennsylvania in the US, died suddenly last Saturday under mysterious circumstances.

The news of the young athlete’s death was announced by Declan’s father Troy Bingham on social media.

Up-and-coming Australian football star Declan Bingham (pictured) died in a tragic accident overseas last Saturday. Friends, family and colleagues remember him for his athletic talents and kindness. He played football on the Gold Coast and in Pennsylvania in the USA.

His statement was later retweeted by the Erie Sports Center in Pennsylvania, where Declan and Troy played and worked respectively.

Rest in Peace Declan Bingham and Sheldon VanDeventer. It is with a heavy heart that I acknowledge the loss of my partner and son yesterday in a tragic accident.”

“The impact is huge and we are busy coping with grief. The Erie Sports Center will remain open and more information will be released soon,” he added. 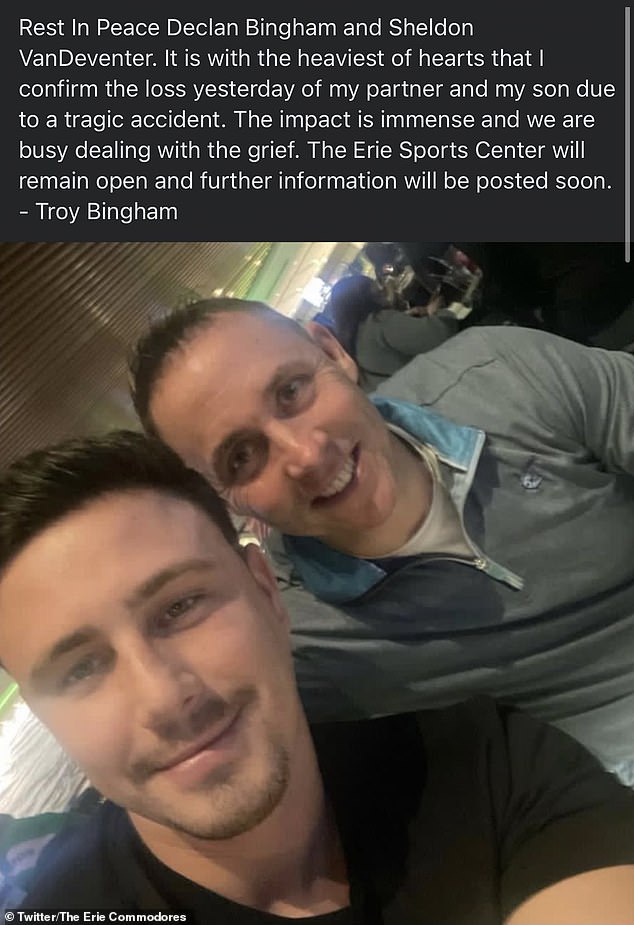 Declan was in his early 20s at the time of his death.

He played football for several years with Magic United of the Gold Coast in various age groups and divisions.

The club wrote a brief tribute to the talented athlete.

“Magic United extends its deepest condolences to the Bingham family.”

“Declan Bingham tragically died in an accident,” it said.

“Declan has played for various age groups in the Magic over the years, and most recently for the senior men’s team.” 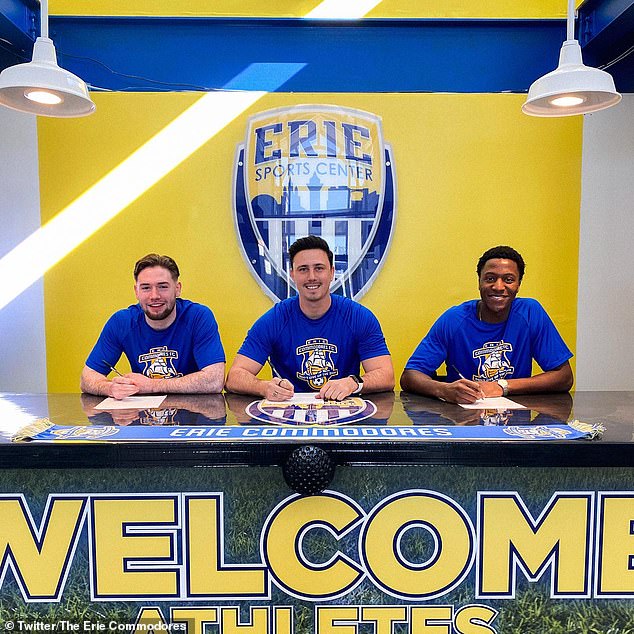 Declan moved to the US for the next seven years and attended Gannon University in Erie, Pennsylvania on an athletic scholarship. Pictured with teammates in Erie Commodores suits. 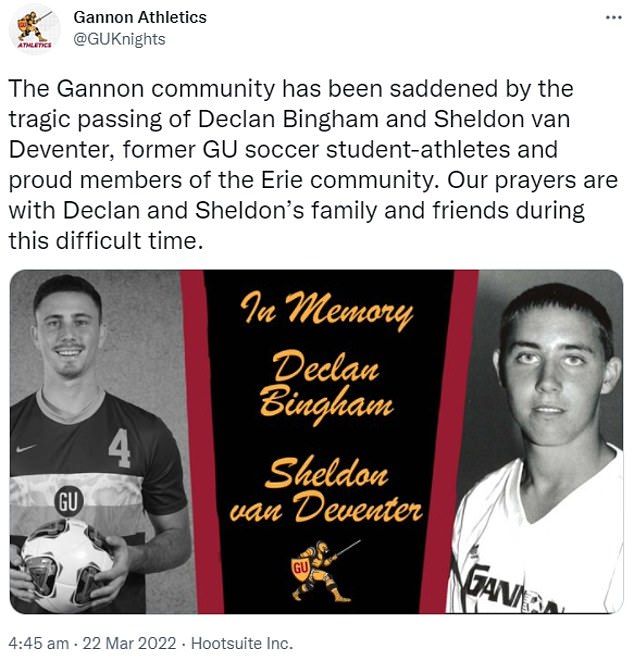 Declan and his father Troy both played for the Magic United reserve team in 2015.

He then moved to the US for the next seven years and attended Gannon University in Erie, Pennsylvania on an athletic scholarship.

This was the same university that Declan’s father Troy had attended 30 years earlier and won recognition for his goalkeeping talents.

“I worked with both of them regularly and I will miss their friendship so much,” one Twitter user wrote in response to the news.

Both of you have always brought joy. I had the honor of knowing you, and you will never be forgotten,” said another.

In a business meeting with Minister Reyes Marotto in Australia, Gransler brings his experience as a leader in renewable energy