NASA: A look at the new space telescope that should be sending images back to Earth soon 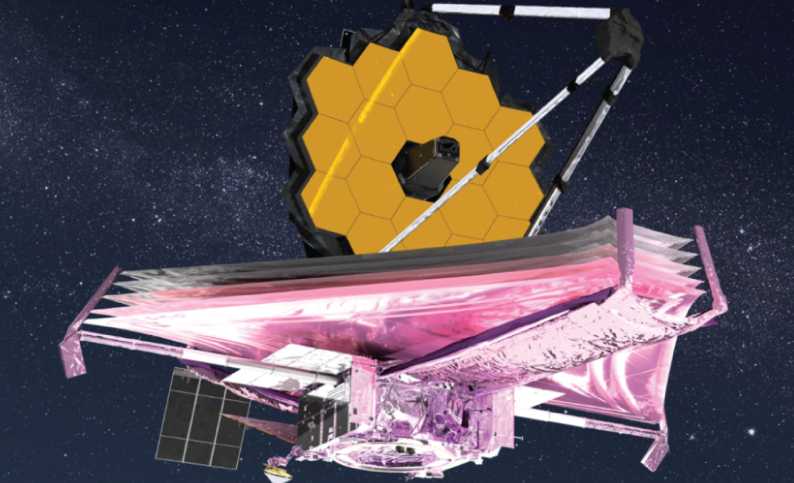 let’s see what’s out there

NASA’s James Webb Space Telescope is the world’s largest and most complex in history and is expected to send images back to Earth this week.

The revolutionary technology of the James Webb Space Telescope will study all phases of cosmic history, from the interior of our solar system to the most distant observable galaxies in the early universe.

Webb’s Infrared Telescope will explore a wide range of scientific questions to help us understand the origins of the universe.

Thousands of engineers and hundreds of scientists worked to make Webb a reality, along with more than 300 universities, organizations, and companies from 29 US states and 14 countries.

Development began in 1996 for a release initially planned for 2007 with a budget of $500 million. There were many delays and cost overruns, including a major redesign in 2005, a broken sun visor during a practice deployment, recommendations from an independent review board, a threat from the US Congress to cancel the project, the COVID-19 pandemic. 19 and problems with the telescope.

Construction was completed in late 2016, followed by years of extensive testing prior to launch. The total cost of the project is expected to be around $9.7 billion.

Some Webb developments have had indirect benefits. One example helps surgeons performing LASIK eye surgery: Engineers developed a technique to accurately and quickly measure mirrors to guide their grinding and polishing.

Since then, this technology has been adapted to create high-definition maps of patients’ eyes to improve surgical precision.

The observatory has a temperature range of -390 degrees Fahrenheit on the inner shell to 260 degrees on the outer shell. It will work at about -370 degrees.

Webb is so sensitive that it could theoretically detect a bumblebee’s heat signature at a distance from the moon.

Why infrared?Webb will study infrared light from celestial objects with much greater clarity and sensitivity than ever before.

Thus, the star- and planet-forming universe hidden behind the dust clouds appears clearly to the view of Webb’s infrared instruments.

1608 — German-Dutch eyeglass maker Hans Lippershey applies his patent on what is now known as a telescope. He managed to beat two other Dutch scientists (Jacob Metius and Zacharias Janssen) who also tried to register their own inventions.1611 — The name “telescope” was created by the Greek mathematician Giovanni Demisiani, during his visit to the Italian science academy “Accademia dei Lincei” which housed one of Galileo Galilei’s telescopes. This word was coined from the words “tele” (far) and “skopein” (to look or see). The oldest Observatory in America is located in Bogotá, Colombia (1803).1970 — First telescope launched into space aboard the Uhuru probe. This was also the first gamma-ray telescope to be used. Since 1970, NASA and ESA have launched more than 90 space telescopes into orbit. An average of 2 per year. Some are longer than others. 61 are no longer active, 26 are still active.1975 — BTA-6 is the first major telescope to use an altazimuth mount, which is mechanically simpler but requires computer control for precise pointing.1990 — Hubble Telescope launched into Earth orbit. It quickly became one of the most famous and important telescopes ever built.2003 — The Spitzer Space Telescope, formerly the Space Infrared Telescope Facility, is an infrared space observatory launched in 2003. It is the fourth and last in NASA’s Great Observatories program.2008 — Max Tegmark and Matias Zaldarriaga created the fast Fourier transform telescope.2009 – Kepler telescope launched into space, with the aim of locating planets orbiting our neighboring stars. It has a 2.4 m diameter mirror.2011 — NASA announces plans to launch the most ambitious space telescope of all time in 2018. The James Webb Space Telescope will operate in deep space and will have an astonishing 6.5m diameter mirror.2022 — The James Webb Telescope is launched by NASA.

July 13 – Full Buck Moon Super Supermoon at 2:38 p.m. While this will be the “largest” full Moon of 2022, the variation in the Moon’s distance will not be apparent to observers. However, the Moon’s close proximity to Earth dramatically affects tides, which can cause severe coastal flooding. At 3 am on this day, the Moon will reach perigee. This means that the Moon will get as close as possible to Earth in all of 2022, at 221,994 miles away. Their gravitational pull creates extremely high and low ocean tides. Such a tide is known as a perigeal spring tide.

July 29 – Peak of two meteor showersSeveral long-lasting meteor showers appear to launch from the southern part of the sky from mid-July to August. The Moon in its “new” phase combined with two peaking meteor showers makes for a great opportunity to catch a shooting star. The South Delta Aquarid meteor shower, emanating from the constellation of Aquarius, will peak this morning. (Start searching after midnight). Also peaking around this time is the Alpha Capricornid shower, which emanates from the constellation Capricornus. There will be a high proportion of bright meteors. Look at the southern sky.