NATO confirms missile downed in Poland was from Ukraine 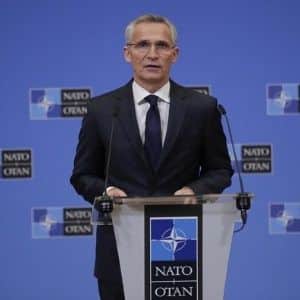 The Secretary-General of the North Atlantic Treaty Organization (NATO), Jan Stoltenberg, specified this Wednesday that the fall of a projectile in Poland was probably caused by Ukraine’s air defense, and denied that Russia wanted to attack the military alliance .

According to the unit, there is no indication that the projectile was the result of a deliberate attack, or that Russia is preparing aggressive military action against NATO.

He also appreciated the fact that this time more members of the military bloc were willing to provide air defense systems to Ukraine.

spoke with President Duda @prezydentpl about the explosion in #poland, I expressed my condolences for the loss of lives. #NATO Monitoring the situation and colleagues are closely consulting. It is important that all the facts are established.


Stoltenberg asked to wait for the results of the ongoing investigation in any case and stressed that, although “you have to react quickly”, you “have to stay calm and avoid escalating tensions”.

The executive said, “Let me be clear, this is not Ukraine’s fault, Russia bears the ultimate responsibility as it continues its operation against the neighboring country.”

It should be recalled that the missile was detected last Tuesday, after hitting a grain drying facility in the Polish town of Przewodów in the Lublin province, which is located near the border with Ukraine, where two deaths were recorded.

President @AndrzejDuda: We are dealing with extraordinary events related to the large-scale Russian invasion of Ukraine. Unfortunately, a large proportion of the rockets were fired towards western Ukraine. #rbn


In its early days, several reports emerged that the missile that fell on Polish territory was Russian, and it was suggested that it would be a direct attack on a NATO country, to which the alliance should respond.

For its part, the Russian Defense Ministry pointed out that statements by various Ukrainian sources and foreign officials about the alleged downing of Russian missiles are a deliberate provocation aimed at escalating the situation.

In this sense, Turkish President Recep Tayyip Erdogan said at the G20 summit this Wednesday that the data showed that Russia had nothing to do with the fall of the missile in Poland and that Moscow’s position was “respect and trust”. shows”.

According to the president, several NATO countries discussed the incident and came to the conclusion that it had nothing to do with Russia. After a meeting with German Chancellor Olaf Scholz he insisted, “I consider it necessary to conduct an additional investigation.”

In another sequence of things, Ukraine this Wednesday requested “urgent access” to Poland at the site where a missile fell on Tuesday, and which, according to Warsaw, is “very likely” a Ukrainian anti-aircraft projectile.

“Ukraine requests immediate access to the crash site for defense representatives and border guards,” Oleksiy Danilov, secretary of the Ukrainian National Security and Defense Council, claimed on Twitter, adding that he wanted a “joint investigation of the incident.”

Warriors to ‘wait and see’ if Otto Porter Jr. will play Game 6