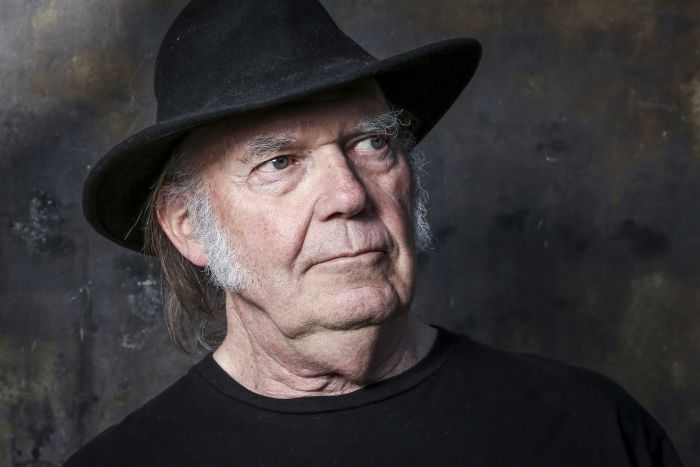 In a statement published on his website on Tuesday, Young took aim at Ek, calling him the “biggest problem” and not podcast host Joe Rogan.

The 76-year-old also encouraged other artists and creators to step away from the platform, telling them that they “must be able to find a better place than Spotify to be the home of your art.”

“To the workers at Spotify, I say Daniel Ek is your big problem—not Joe Rogan. Ek pulls the strings. Get out of that place before it eats up your soul. The only goals stated by Ek are about numbers—not art, not creativity,” Young wrote.

“Notice that Ek never mentions the medical professionals who started this conversation. Look, one last time—at the statements Ek has made. Then be free and take the good path,” he said.

Young also said that the Swedish streaming giant accounted for 60 percent of the streaming of his music to listeners around the world and that the removal was a “huge loss for my record company to absorb.”

Earlier in January, 270 scientists and medical professionals signed a letter urging Spotify to take action against Rogan, also accusing him of spreading vaccine misinformation on his show.

Rogan later addressed the claims in a 10-minute video posted to Instagram in which he said that he wasn’t trying to “promote misinformation” or “be controversial,” and pledged to bring more balance to his show with opinions from a variety of experts.

But more pressure has grown to remove Rogan from Spotify after a heavily edited video compilation surfaced over the weekend that showed him saying the “N-word” several times.

Despite the backlash, Spotify’s Daniel Ek has said he has no plans to “silence” Rogan or remove him from the platform.

“While I strongly condemn what Joe has said and I agree with his decision to remove past episodes from our platform, I realize some will want more. And I want to make one point very clear—I do not believe that silencing Joe is the answer,” Ek said in a letter to employees on Sunday which was shared with The Wall Street Journal by a company spokesman.

Rogan has also apologized after the video compilation surfaced, telling fans that it was made using clips of him over the past 12 years which has been “taken out of context.”

“It’s not my word to use. I’m well aware of that now, but for years I used it in that manner,” Rogan said. “I never used it to be a racist, because I’m not a racist.”

Spotify announced last week that it will be introducing content advisory warnings on episodes that talk about COVID-19 in an effort to combat so-called misinformation about the virus.

“In our communication age, misinformation is the problem. Ditch the misinformers,” Young said in the statement. “Find a good clean place to support with your monthly checks. You have the real power. Use it.”

“To the baby boomers, I say 70 percent of the country’s financial assets are in your hands compared with just about 5 percent for millennials. You and I need to lead.”

He then urged people to take their money out of the banks of JPMorgan Chase, Citigroup, Bank of America, and Wells Fargo, because of their “continued funding of fossil fuel damage” to the earth, Young claimed.

The singer said that he himself had removed his money from such banks.

“Join me as I move my money away from the damage causers or you will unintentionally be one of them. You have the power to change the world. We can do it together. Your grandchildren will thank you in history,” Young wrote.