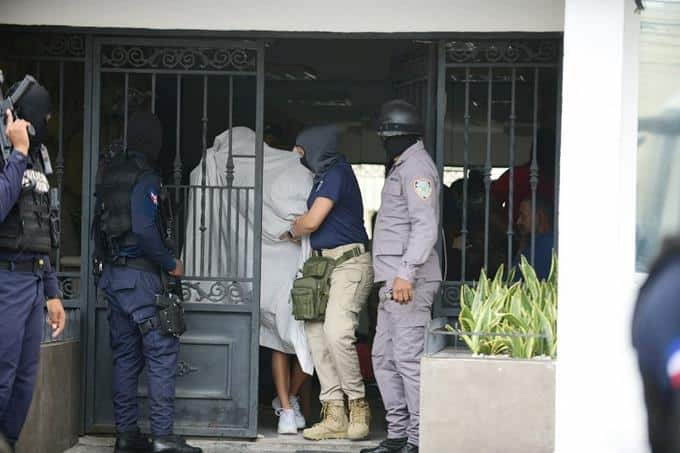 Yesterday, the Public Ministry issued dozens of . Operation Cattleya began with Raids in National District and Bavaro, The product of an extensive investigation launched nine months ago and with which it dismantles the international network devoted to human trafficking as commercial sexual abuse And from which he rescued more than 80 women.

The General Directorate of Persecution of the Public Ministry and Special Attorney Against Illegal Trafficking in Migrants and Trafficking in Persons (PETT) announced that prosecutors would present criminal charges against 10 accused Venezuelan, Colombian and Dominic.

The operation is supported by the Special Division for the Investigation of International Crimes (DEDATE) and Trafficking in the Personnel Department of the National Police.

Bezran lvarez indicated that in operation 25 prosecutors participate, more than 200 agents of the National Police and more than 50 investigative technicians and experts in victim assistance.

During the operation, the teams seized controlled substances such as marijuana and synthetic drugs.

“We must thank the cooperation of other countries in this operation, notably the United States, a nation that has acknowledged in its report on human trafficking this year that, although we have to cross borders, the Dominican Republic U.S. officials continue to make efforts to fight crimes such as trafficking and sex trafficking,” Bezran Alvarez said.

As part of the Cattleya operation, the Ministry of Public investigates at least 14 persons for the commission of the offense of smuggling, iThese include two from Colombia and six from Venezuela.

In the Bavaro area, they offered victims sexual services at costs ranging from $100 to $150 an hour and up to $400 per night.

Once brought into the country, the victims were forced to admit that a debt was contracted between them. US$3,000 and US$4,000 with the networks that organized them.

Youth They were held at the Caribe Hotel in the National District, And this residential coco real, Bavaro, in the province of La Altagracia. They were promised good paying work, butThus he sexually abused her.

they were forced to use controlled substances, they were treated with degrading and inhumane treatment And they were not given any freedom, due to which many of them fled.

Harvard ‘plate’ for kids to eat well: what it is and how it helps prevent childhood obesity

At the Sundance Film Festival, two films focus on abortion and Jane’s band.