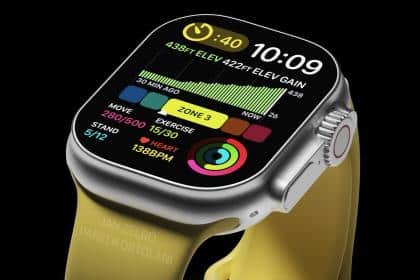 American giant Apple celebrates this Wednesday at its headquarters in Cupertino (California, USA), an event that is expected to present the iPhone 14 phone and a new Apple Watch smart watch model, among a few other potential surprises.

This is the first time since the start of the pandemic that Apple has held its traditional iPhone launch event in person from the Apple Park Auditorium at its California headquarters. The company, which has always shrouded in great secrecy when it comes to new launches, christened Wednesday’s event “Far,” which particular media described as a possible reference to a device for taking pictures of the starry night sky. as explained.

If there are no surprises, the iPhone 14 is expected to come in four different versions, as its predecessor already did, two basic and two Pro, though some media suggest that Apple will be the smallest phone this time around. Can leave, “mini”. According to tech media, the iPhone 14 Pro will include a more advanced processor than the previous model, significant improvements in the camera, and a redesigned aesthetic.

The price of this model of iPhone is also expected to increase by about $100 compared to last year. As for smart watches, Apple’s bet for this year will be, if it continues with tradition, the Apple Watch Series 8, which could incorporate body temperature sensors for fertility and sleep monitoring applications.

Also, according to leaks that exclusive media had access to, the Tim Cook-led firm may surprise with a “Pro” model of the watch that has a bigger screen and a more resistant finish. In addition to the iPhone and Apple Watch, the company will introduce a new model of its AirPods wireless headphones and even enter the world of augmented reality with its own device that competes with Meta’s Oculus.