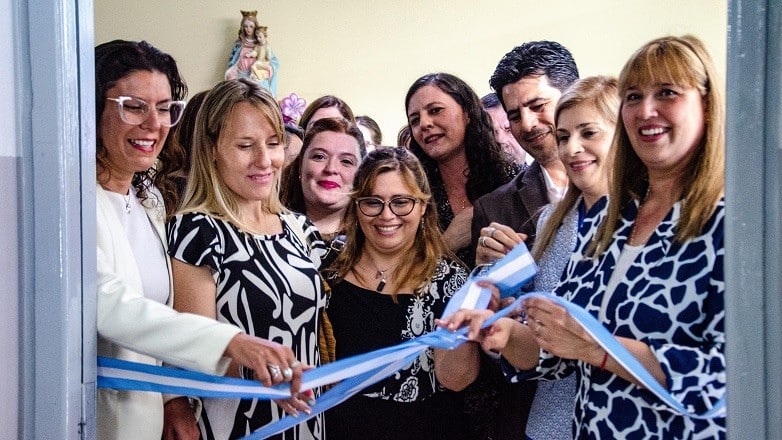 After qualifying for 11 years as a general and family medical service, officials from the province’s health ministry cut the ribbon on the air-conditioned facility so that the above service could function as a new one.

It was in the main wing of the René Favaloro Training Center, where this CAPS guard had previously worked. Minister Alejandra Venerando was responsible for leaving three new offices, the headquarters office and the waiting room, which this unit has been formally competent to date.

“I thank everyone for their presence in this place, because it is a dream come true. It was the unconditional work of the whole team of Health Region V because it was a struggle for family medicine, many years effort” explained Minister Alejandra Venerando in her first words before a remarkable gathering of health professionals, at CARF.

“We came to this health center which we considered to be our base and strength and where we gained a real perspective for the family and we interacted with the social work and psychology residencies because they were such an important part of healthcare,” said Head of the Health portfolio. He also pointed out that “those of us who walk these corridors and the young people who walk through it today should know that it took a lot of effort and commitment to have a general and family medical service for us today. Family doctors With work, persistence and training we have reached a level we never imagined.

In conclusion, the minister pointed out that “family doctors are specialists in people, we are not specialists in the divided body. We analyze the whole integrity of the human being inserted in a community and all the health policies that we are implementing today, the community Looking at our patients. That’s the gateway to the system, family doctor,” Venerando closed.

The current head of the service, Daniela Rojas, the director of the training center, Lydia Alonso, and the head of Sanitary Zone V, Ivana Garzón, all family doctors who trained for years and did their residency at that institution, spoke in the same vein.

To end the emotional act, officials unveiled a plaque as a silent witness to the inauguration of the service, one of the most important events in the history of general and family medicine in San Juan.

University of Piura strengthens its digitization plan with SD-WAN technology