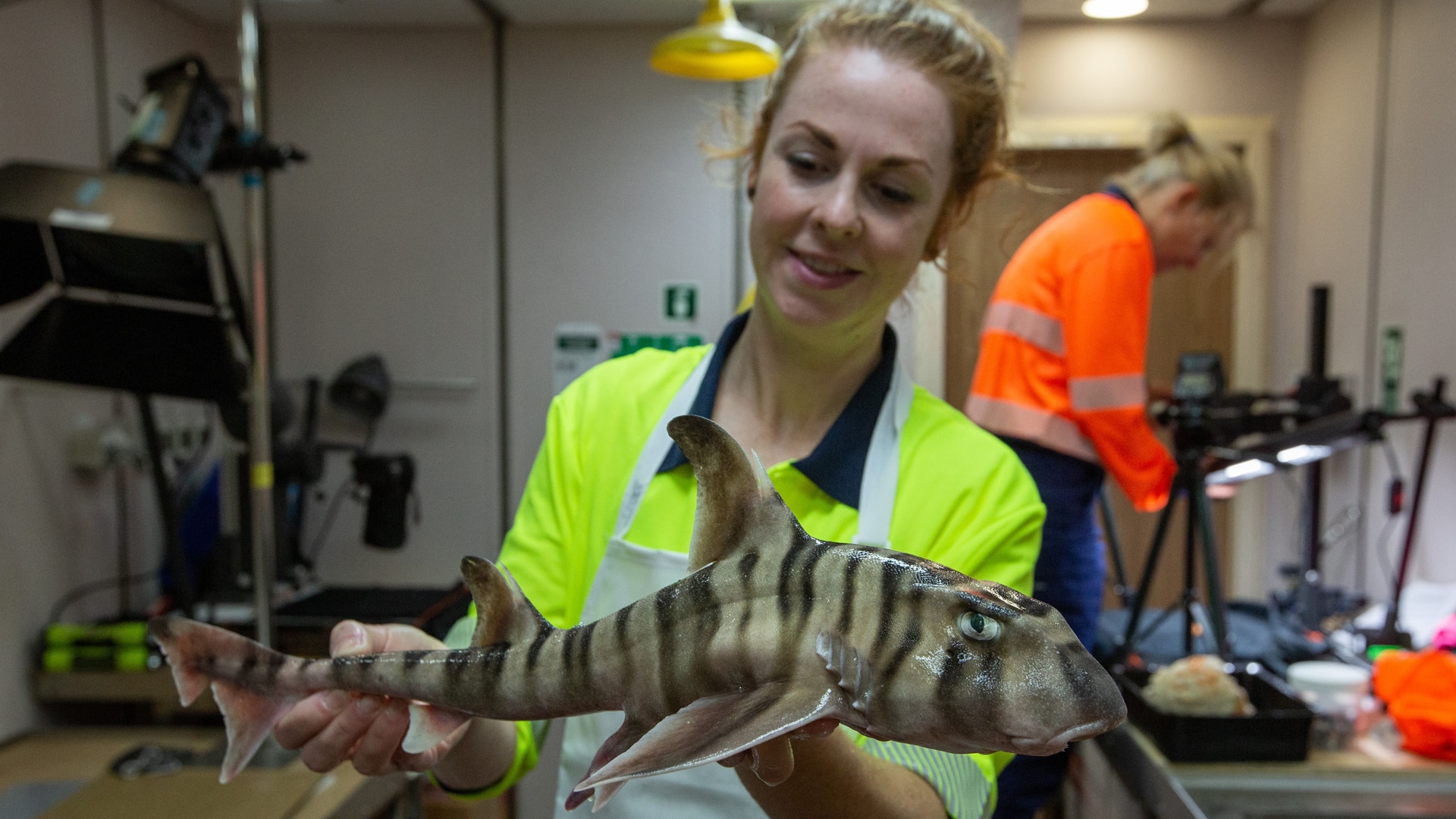 It is striped, much smaller, and lives at much greater depths than the horn sharks known to science. Researchers who discovered it say that the specimen found off the west coast of Australia is unique.

Researchers have discovered a previously unknown species of shark off the west coast of Australia. Australian science agency CSIRO said the animal is a striped horn shark, which has yet to be described by science.

A CSIRO spokesman said the specimen was spotted and brought on board by the research vessel Investigator at the Gascoyne Marine Park, west of the Cape Range peninsula, on 23 November. The eye-catching little horn shark is unique to Australia, according to CSIRO shark expert Will White. The discovered specimen would therefore be “incredibly important to science”. He spoke of one of the “most exciting finds”.

These fish of the bullhead shark family are usually found in shallow water. However, the sharks that have now been discovered live at depths of more than 150 metres, “and we know nothing about their behaviour,” White explained.

The first known horn sharks are up to 120 cm long. They spend most of the day hiding among rocks and algae on the ocean floor and come out at night to feed. “Australia has a really huge marine area that is home to some of the greatest biodiversity on the planet,” White said. “But we still know very little about what lives beneath the waves.”

Sharks are important to the ecosystem

Overall, research currently knows about 500 shark species worldwide. Many of them, especially the blue shark, are now considered endangered. The reason is their feathers and their flesh. Both are considered a delicacy in many countries, which is why the stock has declined rapidly due to hunting and fishing. It’s one reason why 184 countries decided at the end of November at the CITES World Species Convention to put nearly 100 shark and ray species under protection with immediate effect.

Sharks are considered a very important part of the marine ecosystem as they act as regulators of fish stocks. When hunting, they mainly kill old and weak animals, thereby improving the health of the stock. Some species of sharks also eat carcasses, which in turn prevents the spread of disease.

Spain debates whether to grant menstrual leave to female workers

Virat Kohli: Ponting gave big warning to Kohli! Said- there will never be a return in the team again

Who are Mirtha Legrand, Juana Viole and Andy Kusnetzoff’s guests for the weekend?