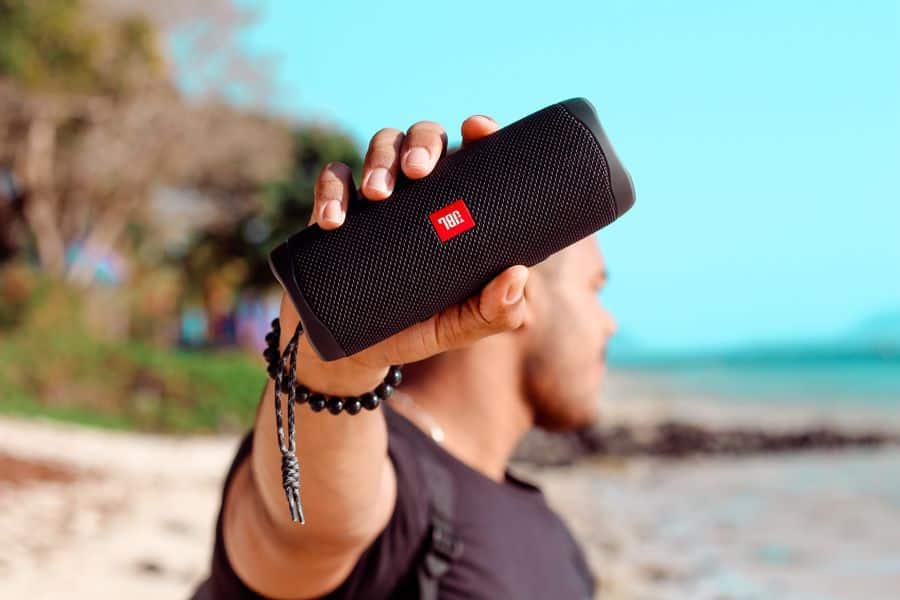 By 1996, companies such as Intel, Ericsson, and Nokia had developed short-range wireless technology to exchange information between different devices. In parallel, they negotiated to standardize these systems with low cost and minimal energy consumption to avoid fragmentation and competition.

Intel named its program Business-RF; Ericsson called it MC-Link and Nokia coined it Low Power RF. In December of that year, the firms met in Lund, Sweden, to form a Special Interest Group (SIG). At Intel’s suggestion, The project was tentatively named Bluetooth, until the marketing field came up with a definitive name.

In charge of that company in the process was veteran computer engineer Jim Kardach. When asked about the origin of the word, he explained that it was Harald Blatand Gormsson, the second king of Denmark in the 10th century, who was nicknamed “Bluetooth”.

According to historical records, “Bluetooth”—blue tooth—was due to an ostentatious cavity that darkened the smile of the leader who united Scandinavia. “Just as we wanted to connect the PC and mobile industries with short-range wireless links”, Expressed the engineer.

Kardac learned about the emperor in a Toronto bar thanks to Sven Matheson, an associate of Ericsson’s, who told him about the legendary king who reconciled the Viking tribes of Denmark and Norway while bitter about being rejected in a project. passed through the bullet. That sought to homogenize systems for, among other gadgets, laptops, printers and digital cameras to link without the need for cables.

“Sven knew a lot about radio, but not much about history,” Kardach explained in a lengthy article revealing the birth of the name, “but he had read a book (a copy of which he gave me) later) called ‘Longships’, by Frans G. Bengtsson, and told the story through this story.

Back home, the Engineer finds a book he had commissioned: A History of the Vikings (1968) by Gwyn Jones. (…) Leafing through, I found this image of a huge rock, or runestone, that represents Harald Bluetooth’s cavalry, the boy Sven just told me! (…) It occurred to me that this would be a good code name for the program”.

The options considered for naming this wireless technology were not very successful. “The one suggestion I couldn’t get over was ‘Flirt,’ with the phrase ‘Come close, but don’t touch,'” Kardach revealed.

In February 1997, SIG was practically formed, but the name was still blank. Meanwhile, contracts were signed using code words proposed by Kardach. In April Intel proposed RadioWire, while IBM, which had joined SIG like Toshiba, proposed the acronym PAN, Personal Area Networking. The latter won. May would be the month in which the unit would become known internationally.

“At that point everyone started using the PAN name and we were headed to the launch event in about four weeks,” says Jim Kardak.

Twenty days after the official presentation, SIG called an emergency meeting. “The other member companies had done a trademark search on the word PAN,” the engineer said, “and assumed it would be a poor candidate for a trademark.”

When entering words into a search engine, it returns thousands of results. On the other hand, the RadioWire option was also not checked. “The only name we could launch on short notice,” Kardach summarized, “was Bluetooth.”

“It turned out quite well, got caught in the press, and after a while became synonymous with short-range radio.”

A plus included in the figure of the king “Bluetooth”. The distinctive technology emblem features the Herald’s initials “Bluetooth” in runes, The alphabet of the Germanic languages ​​used in Scandinavia and the British Isles, between the end of antiquity and the beginning of the Middle Ages.

Microsoft joined the Bluetooth SIG in 1999, while Apple did so in 2015. In its early days, the Bluetooth SIG worked with personnel provided by participating companies, until in 2002 it began hiring its own team.

SIG grants the license to develop and operate Bluetooth in conjunction with the extension of the brand, even though it does not manufacture or sell the products.

There are two Bluetooth options. One is called Classic—or Bluetooth Basic Rate/Enhanced Data Rate (BR/EDR)—, Become “the standard radio protocol for wireless speakers, headphones and in-car entertainment systems” according to Bluetooth.com. The other is Bluetooth Low Energy (LE), Designed to operate “at very low power” and have features that “allow a device to determine the presence, distance, and direction of another device.”

As is the case with any sequence, there is an alternative to the wireless world of Bluetooth. The competition is called Wi-Fi Direct, technology that “allows Wi-Fi devices to connect directly to each other,” explains wi-fi.org, “making it easy and convenient to print, share, sync, play, and display content on another device.” Makes it convenient.”

So far, a service similar to Bluetooth. the difference is “Wi-Fi Direct devices connect to each other without the need to join a home network, From the workshop to the traditional public ”.

This allows Wi-Fi Direct to transmit more information at up to 250 Mbps compared to Bluetooth’s 2 Mbps. With an improved range of up to 200 meters, while Bluetooth signals tend to be thinner at shorter distances. Wi-Fi Direct speed also increased, Ten times faster than the competition.

The sore vein of this option is its energy expenditure, Turn on the power of bluetooth with its low consumption to work, For home use, Wi-Fi Direct is not suitable, except in the case of a printer. By the way, there are more devices available with Bluetooth than Wi-Fi Direct.

It should also be clarified that Wi-Fi Direct is not an advanced version of Wi-Fi (a term that, curiously, has no meaning), the system we commonly use in homes. As we said, the fundamental difference lies in doing without the Internet so that two devices can talk and exchange data in a temporary private network. Wi-Fi, meanwhile, makes it possible to connect to a network and access devices connected to that network.

In turn, Wi-Fi Direct allows you to share files—photos, videos, documents—, print, and broadcast to television sets and computers. It is also available on Chromecast and PlayStation and Xbox consoles.

In the case of Apple has a transmission called AirDrop or AirPlay, its equivalent, that allows you to easily send files between brand devices. Android requires going into Settings, activating the function, and having an application like My Drop, Share it, Xender or Send Anywhere. Either one must also be installed on the other device in order to complete the swapping process.

Croup: an undiagnosed complication of COVID-19 in young children