Newsom: Desalination project must be approved – “we need more tools in the toolkit” 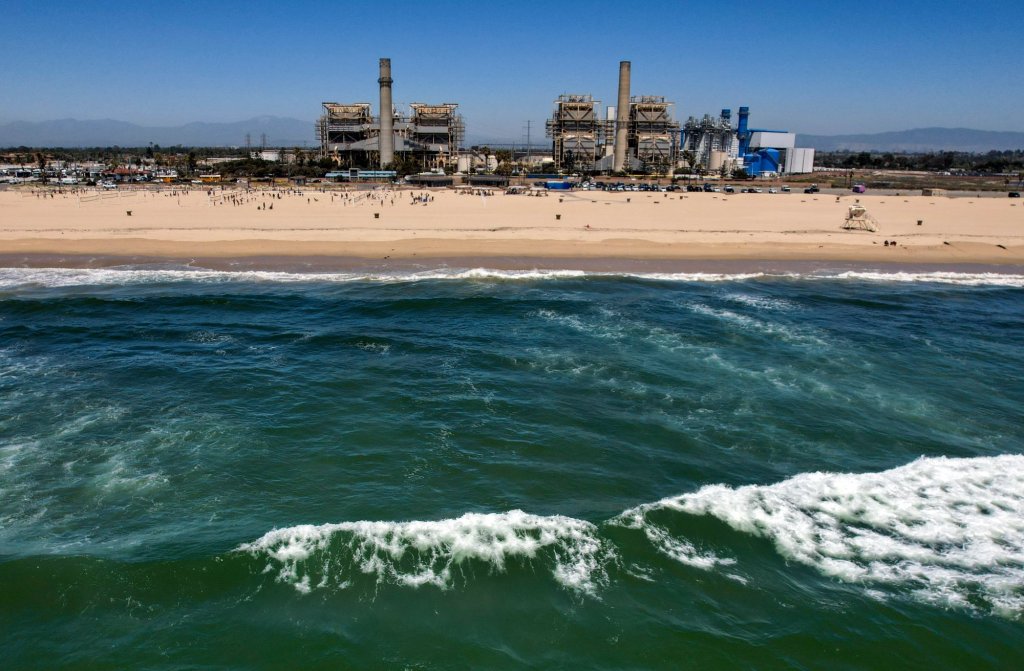 A proposed seaside facility in Huntington Beach has been under debate for more than 20 years, and its fate could set a course for other desalination plants along the state’s coast. The California Coastal Commission is due to make a final vote on the project in two weeks.

“We need more tools in the damn tool kit,” Newsom said during a meeting with the Bay Area News Group’s editorial board when asked about the project. “We’re as dumb as we want to be. What more proof do you need that you need more tools in a tool kit than we’ve experienced? Seven of the last 10 years have been caused by severe droughts.”

On Monday, Coastal Commission staff recommended that the project be rejected, citing its impact on marine life, energy use, its vulnerability to sea level rise and its potential to raise water rates for low-income residents. be given.

Newsom said no vote by the full commission to scrap the project would be “a big mistake, a big blow”.

If approved at a May 12 Coastal Commission meeting, the project would be the second major ocean desalination plant built in California, following the 2015 opening of a $1 billion plant by Poseidon Water in San Diego County, the same company that intends to build Is. Huntington Beach Plant.

Some environmental groups contest the two, saying they use a lot of energy, harm marine life and provide the most expensive type of drinking water available.

“It’s disappointing that the governor isn’t interested in the scale and nuance needed to understand the impacts of this plant,” said Mandy Sackett, California policy coordinator for the Surfrider Foundation. “It will be a step back in addressing the water needs of our state.”

There is ample groundwater in Orange County, Sackett said. And other water sources, such as expanding recycled water, stormwater capture and more conservation, including programs that pay people to remove lawns, provide water that is cheaper than ocean desalination, he said. said.

The project will be located on 12 acres of 54 acres occupied by the AES Huntington Beach Energy Center, a natural gas-fired power plant.

It would produce 50 million gallons of potable water – enough for 400,000 people – to 106 million gallons of seawater per day for purchase by local water districts. Poseidon’s desalination plant in Carlsbad, the largest in North America, produces roughly the same amount of water, providing about 10% of San Diego’s annual water supply.

The plant will discharge 57 million gallons a day of highly saline brine through the power plant’s existing outflow pipe, which extends about 1,500 feet offshore.

The intake pipe shall have a 1 mm mesh screen to prevent large fish and other animals from being drawn into the pipe. Despite this, state scientists say the project will kill fish larvae, plankton and other marine life. A large amount of electricity will also be used in this project.

Newsom said Thursday that he believes environmental concerns can be addressed.

“In the staff report,” Newsom said, “which I had the opportunity to learn about – I didn’t go into all the specifics, it is a lengthy report – but I appreciate that they made some recommendations that the Coastal Commission could take up. It is related to offsets and mitigation on wetlands and other things that Poseidon will need to do. They are of longer duration. Maybe they can move them quickly.”

Asked if he had spoken personally with the commissioners since staff reports have surfaced recommending refusal of the project, Newsom said he did not. He said he has publicly supported the project for nine years. Other supporters include Sen. Diane Feinstein, former Gov. Jerry Brown and Huntington Beach Mayor Barbara DelGalez.

“I’ve been promoting this project for some time,” Newsom said. “And I’m also encouraging accountability, and I’m encouraging to make sure they mitigate. And advance to the extent they want to strengthen all of that. Environmental justice issues and Keep an eye on the costs. Be tough. Be fair though. Don’t be ideological.”

When asked about the high cost to produce the water, Jones said the cost of water from the Carlsbad plant is currently $2,700 per acre, from $5 to $7 per month per household. This cost is two to three times the rate paid for other sources of treated water from large wholesale suppliers in cities in Southern California and Santa Clara County.

Jones said he expects similar costs for water from the Huntington Beach plant.

Newsom also said Friday that it plans to dedicate more money to water storage projects in two weeks in its “May Amendment” budget. He said he does not plan to use General Fund money to pay for all the costs of a huge new project, such as a proposed site reservoir in Colusa County, but did not offer details beyond that.

Pray ready to negotiate with Putin, subject to de-escalation in Ukraine