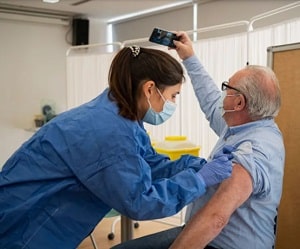 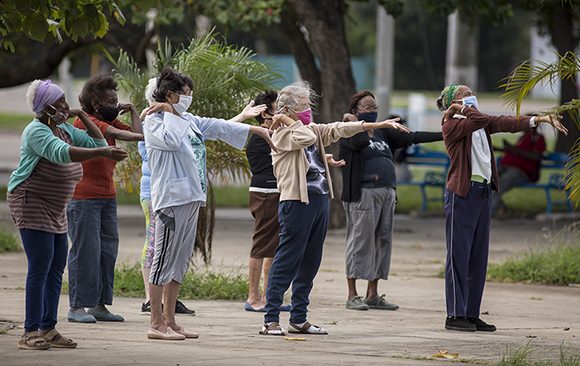 A recent article in a US newspaper newsweek It highlighted that US citizens can now expect to live three years less than Cubans.

The publication highlights that Life expectancy has dropped dramatically in the US over the past two years, where the average Cuban will live about three years longer than the average American.

The latest figures released by the Centers for Disease Control and Prevention (CDC) show that in 2021, life expectancy at birth in the US is now 76.1 years old, representing a drop of almost a full year from the 2020 figure.

Influential American media highlights that Life expectancy in Cuba has been less than or further than that of the United States since the 1970s, when both countries’ populations could be expected to live into their 70s.

The Cuban people have access to free health care, one of the key socialist principles. The country has a high proportion of medical professionals and focuses on prevention and primary care, the newspaper adds.

Newsweek also shows that In 1970, Chinese life expectancy was 59 years. In the years that followed, China’s life expectancy has steadily increased and may now overtake the US, according to country data for 2021. 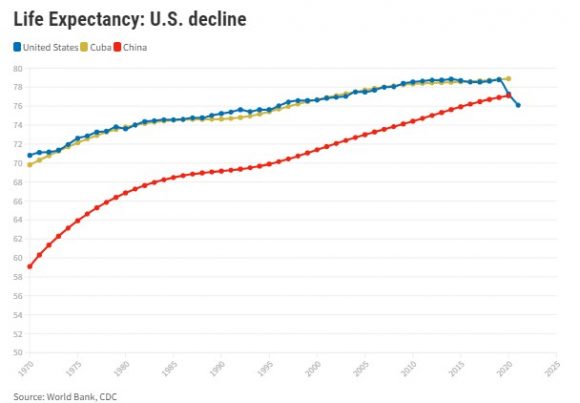 In that time, the US has moved 17 years ahead of the world average, just 4.5 years ahead in 2020, and potentially only three and a half years ahead if global data is updated. Newsweek.

The decline means that many countries have caught up to or overtaken the US.

Other countries that are ahead of the US in life expectancy include: Colombia, Uruguay and Chile; Costa Rica, Panama and Puerto Rico; and Turkey, Greece and Albania.

All those countries have GDP per capita in dollar terms that is less than half that of Americans.

According to newsweek, The European Union It is ranked 50th in the world based on life expectancy (data and which country or region is considered), and is down 2.7 years since the start of the COVID-19 pandemic. 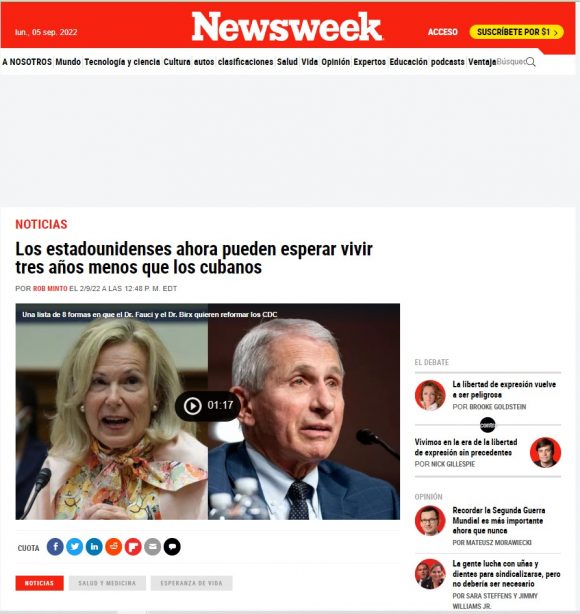 There is a huge disparity between ethnic groups as well as gender in America. For example, an Asian woman is expected to live 85.6 years, while the figure for a black man is 66.7 years.

The CDC said in the latest report that nearly half of the decline in data was due to COVID-19. However, the reduction in mortality from pneumonia (38.5%) helped in the opposite direction, as did a reduction in the risk of other respiratory diseases and Alzheimer’s disease.

Other factors contributing to the fall were unintentional injuries, including overdoses and car accidents.

(with information from newsweek)