Next week’s NBA draft (and No. 27) looms as heat focus shifts from reflection to oversight 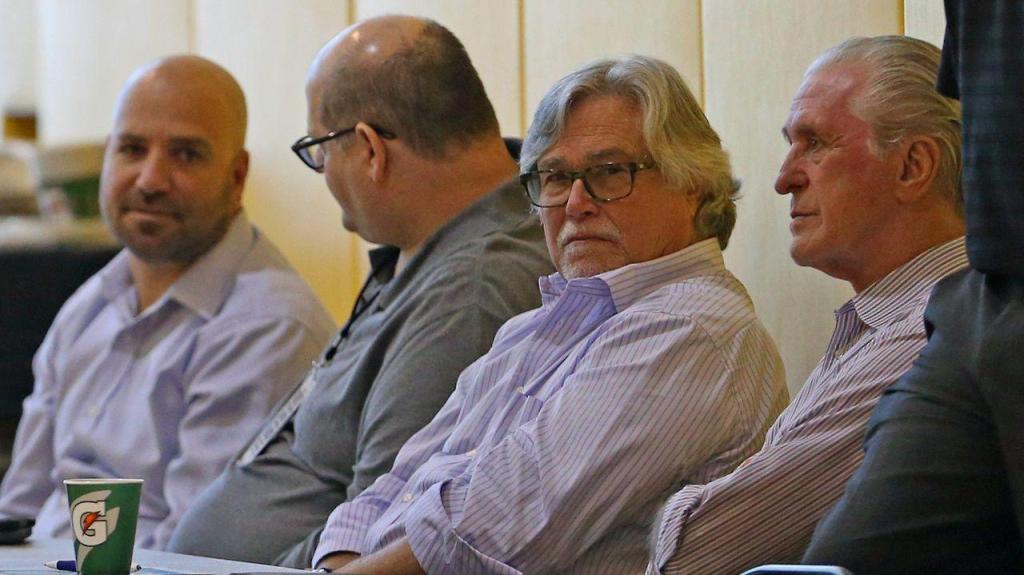 Two weeks earlier, Erik Spoelstra and his players put a season to bed in between interviews on the team’s exit.

And next week, the future will become the focus again.

The NBA circle of life leaves little time to exhale, especially as the playoff run deepens into the conference finals.

“It’s different from the NFL, where you have several months after the season is over,” Adam Simon, the Heat’s vice president of basketball operations, told the South Florida Sun Sentinel. “That’s how we have to jump right into it.”

So within hours of that May 29 Game 7 loss that sent the Boston Celtics to the NBA Finals, the youth was being served.

“It was a tough Monday,” Simon said of the day after the summer ended, which was also Memorial Day. “All last week I was very grumpy. I was trying to figure out how our season ended. And yet, on Memorial Day, I was going down the list of players and their agents, setting up these workouts. was calling for.

“Because I didn’t know where we would be, if we were going to Miami or San Fran or wherever. So we started calling to get these players.”

With the Heat being the number 27 pick in the June 23 draft, there was little time for reflection. So Simon got busy with his scouting staff, including team director of player personnel Eric Amsler and Keith Askins, a former Heat defensive standout who is the team’s director of college and pro scouting.

“So I had to lock horns with Eric and Keith. We all jumped in,” Simon said. “And it is like that. When you lose early, you have more time. And I think the later you go, the longer you have to work with your team and around your team’s schedule to try and prepare for the draft.

Almost immediately, it was about observation rather than reflection.

As Riley talked about last week, the juxtaposition of finishing a season and preparing to unveil something new was tangible.

“I just saw some young guys. I saw six of them up there,” he said of the team’s practice court at the FTX Arena along Biscayne Bay. He paused, smiled and added, “Really young.”

With the Heat coaching staff and development team now working in that direction, the priority will be in San Francisco, plotting against the Warriors in the NBA Finals.

“They’re working them with enthusiasm like nothing happened,” Riley said. “And I know they still feel it.”

The draft, of course, is a delicate dance for Riley, especially at a stage when the core of the roster—Jimmy Butler, at 32, and Kyle Lowery, at 36—are in win-now mode.

And that too is part of the annual equation. There is no guarantee that the pickup will not be traded. Or for that matter, that the selected player will be retained.

“Well, where we’re drafting, it’s late at 27,” Riley said, as the Heat tied the Warriors for the league’s third-best regular-season record. “So there are a lot of good players out there who have been groomed. But when you’re looking for talent it’s like a crapshoot.

“As far as our draft options go, they’re valuable to us. We got them back in order a little bit at the end. So we’re gonna use them.”

The reality, however, is that a relay draft conversation rarely ends there.

“Unless,” he continued, “something that presents itself that prompts you to say, ‘Hey, I think I’ll do it,’ that you go beyond drafting someone I’ll always look into that then. But it’s part of the discussions between now and the draft.”

Unlike many teams, the Heat no longer announce the people they are working on or allow media interviews with such prospects.

“I think where we’re going, there’s going to be a good group of players to choose from,” Simmons said without taking names. “I think there are players who are a little more willing to contribute, and there are some who are going to take a little longer. But I think overall it’s a good draft.”