Niemann and USA fail at World Rapids in Jerusalem 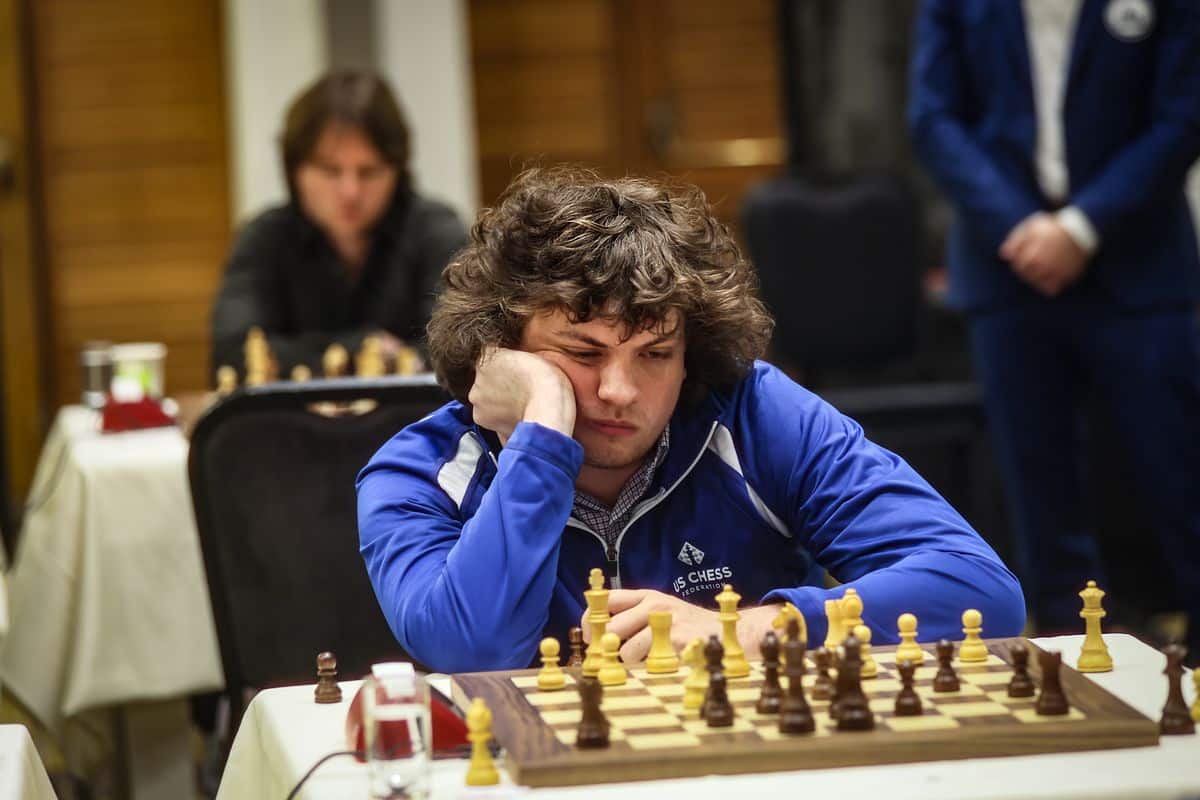 The Rapid World Championship of Nations is missing several stars, but it is attractive. Among other reasons, because there was the controversial Hans Niemann. No more: The American (three draws, two losses, no wins in the qualifying stage) will not be able to continue defending the first board of the USA as his team has been eliminated. Spain, without Paco Vallejo or Eduardo Iturrizaga, third in Group B behind China and France, will take on Azerbaijan in the quarter-finals this Wednesday.

“None of the five of us is in good shape, and so we have to go home,” summed up Alexander Onischuk, the North Americans’ third board player, in a conversation with EL PAIS. “It is true that we do not have a tremendous team, but we have been close to winning for a few days that we lost later. In any case, it is normal when five opponents are so difficult”, he said.

Certainly this USA team paled in comparison to the constellation of stars, however, having flopped with a 5th-place finish at the Olympiad, when the gold had all been awarded before the start. None of those five are: Caruana, Aronian, So, Dominguez and Shankland; Neither do Nakamura, Robson and Xiong. It was therefore clear that the first board should be Nieman, led by Onischuk, Akobian and two others (like Leinier Dominguez) born and trained in Cuba: Lázaro Brujón and Uniski Quesada.

But Niemann, always appearing nervous and off-kilter, did not live up to his standards after he filed a hundreds of million-dollar lawsuit against world champion Magnus Carlsen, who accused him of cheating without evidence: Wojcicki’s Draw with, loss against Mamedyarov, draw against Yakubboev and Rodshtein, and another loss against Vidit. Nieman declined an interview with EL PAÍS, arguing that he does not give any interviews.

And since his four teammates haven’t fared much better, the US records its second failure in three months despite the huge investment made by mentor Rex Sinquefield after turning St. Louis (the Missouri state capital) into the new chess mecca .

In that group, Uzbekistan impressed, winning the qualifying round despite the absence of their star, 18-year-old Nodirbek Abdussaturov. His teammates showed that Chennai’s gold was due to a vast accumulation of talent, even if his young teammates were hardly known internationally: Yakubboyev, Sindarov, Vojidov, Vajidov, Nigmatov and Abduslimov. They have overtaken mighty Azerbaijan in the tie-break coefficient for first place, with their top team (Mamediyarov, Radiyabov, Mammadov, Suleimanli and Asdali) one point over India (with B or C team: Vidit, Nihal Sarin). , Narayanan, Sethuraman, Sasikiran and Gupta) and three in Poland. Apart from America, Israel has been kept out.

Even more impressive have been China in the second group, without any of their stars: Lu, Xu, Bai, Wen and Li have lost only one game out of twenty, won four games and drawn one (today, France against, the first insured position). Spain have performed well so far considering the absence of: Jaime Santos (2 out of five), David Anton (2.5/4), Alexey Shirov (3.5/5), Daniil Yufa (1.5/3) and Miguel Santos (2 /3). With France and Ukraine in third place, ahead of the Netherlands and South Africa, Spain should normally lose to Azerbaijan in the quarter-finals, but the players feel capable of surprising this Wednesday.

United Kingdom: 5 “Harry Potter” Places You Can Visit in London