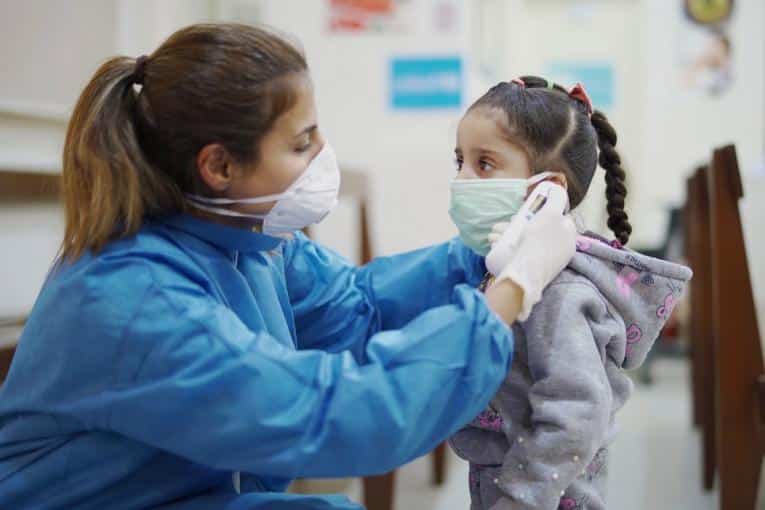 More than 90 percent of children in the United States have been infected with the SARS-CoV-2 coronavirus at least once, according to data released today by the Centers for Disease Control and Prevention (CDC).

New estimates of ‘seroprevalence’ among infants suggest that nine out of 10 minors in the country have antibodies to different forms of the virus that causes COVID-19.

The CDC says children ages five to 11 have the highest rate, at 92.1 percent.

These new numbers come amid a campaign by President Joe Biden’s administration to persuade families to vaccinate their children against the pandemic disease.

According to CDC data, despite evidence that vaccines are safe for children and can reduce the chance of serious illness, less than half of children under age 12 and less than two-thirds of adolescents receive their primary care. Completed the vaccination series.

Among those under the age of five, where vaccination coverage is lowest, the agency now estimates that nearly half of parents “probably or definitely” will not vaccinate their children.

The CDC also warned that children may be at risk for a rare but serious co-infection of COVID-19 and influenza, as co-infections of the two viruses have increased in some parts of the country.

In the last influenza season, approximately 16 percent of deaths in pediatric patients were reported to be due to a combination of influenza and SARS-CoV-2.

The study authors wrote that the findings underscore that “co-infection with both viruses could potentially lead to more severe disease.”

“The public should adopt prevention strategies, including vaccination against influenza and COVID-19, and consider the use of masks during periods of high prevalence of respiratory viruses,” the CDC advised.

Trevor Noah opens Grammys with Will Smith slap joke: ‘Keeping people’s names out of our mouths’