No progress seen after Russia-US talks over Ukraine tensions 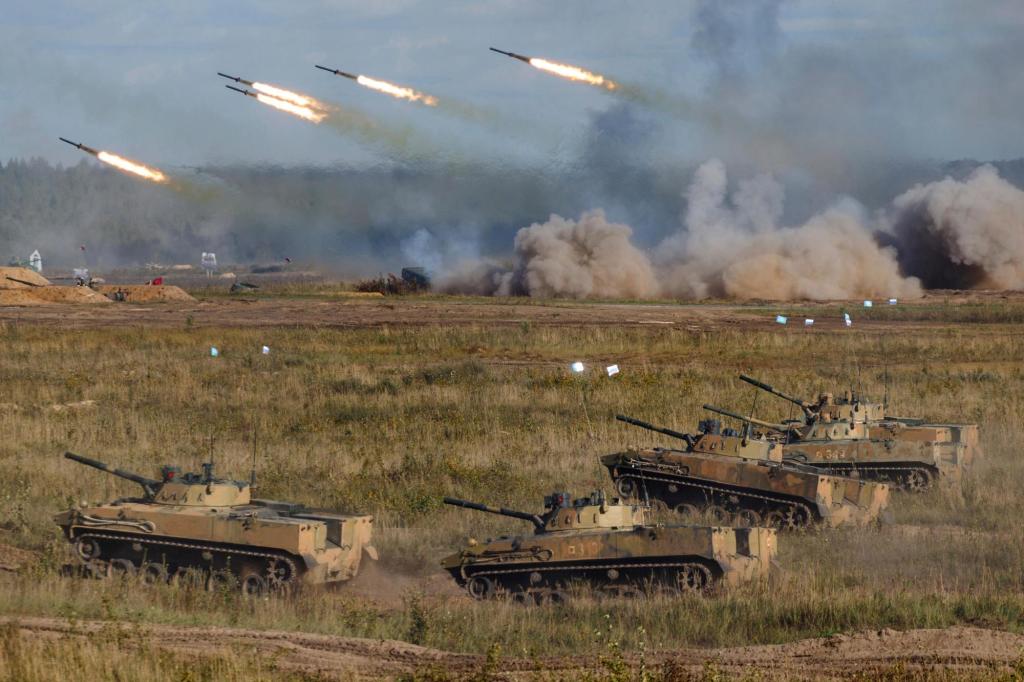 By MATTHEW LEE and KONSTANTIN MANENKOV

GENEVA (AP) — The United States and Russia locked horns over Ukraine and other security issues Monday with no sign of progress from either side at highly anticipated strategic talks.

Low expectations from both Washington and Moscow about the high-stakes session in Geneva appeared to have been met as senior diplomats from the two countries emerged without offering any hint of success.

Neither side characterized the meeting as a complete failure, but neither did they offer any prospect of easing the increasingly worrisome standoff over Russia’s military buildup on its border with Ukraine that the West sees as a fundamental threat to European security. Nor was there any indication of movement on other, perhaps less-explosive matters that have vexed the US-Russia relationship.

Moscow insists on guarantees to halt NATO’s eastward expansion and even roll back the military alliance’s deployments in Eastern Europe, while Washington firmly rejects the demands as a nonstarter.

With both sides dug in on their positions and Ukraine’s future hanging in the balance, Russian Deputy Foreign Minister Sergei Ryabkov said “no progress” was made on the central demand on NATO expansion, although he insisted: “We have no intention to invade Ukraine. ” US officials openly questioned that comment.

Ryabkov spoke following talks with his US counterpart, Wendy Sherman — part of a flurry of diplomatic activity in Europe this week aimed at defusing the tensions.

Sherman called the talks a “frank and forthright discussion” but would not, or could not, point to any progress.

“It was not what you would call a negotiation,” she told reporters. “We’re not to a point where we’re ready to set down texts and begin to go back and forth.”

“We were firm, however, on pushing back on security proposals that are simply nonstarters for the United States,” Sherman said, adding “we will not allow anyone” to shut NATO’s “open-door policy” that extends to countries seeking to join the alliance.

She said Washington “will not forgo bilateral cooperation with sovereign states that wish to work with the United States. And, we will not make decisions about Ukraine without Ukraine, about Europe without Europe or about NATO without NATO.”

Russian President Vladimir Putin has described NATO expansion to Ukraine and other former Soviet states as a “red line” for Moscow, demanding binding guarantees from the West that they wouldn’t become members of the alliance.

Moscow has sought to wrest a string of concessions from the US and its Western allies, and has massed an estimated 100,000 troops near Ukraine in steps that have raised concerns about a possible military intervention there.

“The situation now is so dangerous, and so — I would say — precarious that we cannot afford any further delays in resolution of this very fundamental question,” Ryabkov said at a separate news conference at the Russian mission. “As President Putin said, on many occasions, ‘we cannot backpedal. We cannot go backwards. There is no further space for us to do so.’”

“The American side has treated the Russian proposals seriously and deeply studied them,” he said, adding that he characterized Moscow’s demand for legally binding guarantees that NATO would not move eastward as “an absolute imperative for us.”

Ryabkov stressed that it would be hard to work on other issues if the US stonewalled on Russia’s key demands.

“If now NATO proceeds towards deployment of capabilities that are being developed very rapidly in the US, and will possibly be introduced somewhere in Europe, it would require a military response on the Russian part, that is a decision to counter this threat through means at our discretion,” said Ryabkov, speaking in English. “That will inevitably, unavoidably damage the security of the US and its European allies.”

He did not elaborate.

After Ryabkov stated that Russia had no intention to invade Ukraine, the US Ambassador to the United Nations, Linda Thomas-Greenfield, was publicly skeptical.

“I wish to believe him, I wish that it is true that they have no plans, but everything we’ve seen so far indicate that they are making motions in that direction,” she told reporters at the UN headquarters in New York.

Echoing comments from US Secretary of State Antony Blinken, Sherman said progress could only happen if Russia “stays at the table and takes concrete steps to de-escalate tensions.”

De-escalation, she said, would include returning the Russian troops now deployed on Ukraine’s borders to their barracks.

“We’ve made it clear that if Russia further invades Ukraine there will be significant costs and consequences well beyond what they faced in 2014,” she said. “Russia has a stark choice to make.”

However, neither Sherman nor State Department the US Ned Price would say if would move ahead with sanctions if Russia opts not to invade but also refuses to withdraw its troops from the border.

Monday’s meeting was part of “Strategic Security Dialogue” talks on arms control and other broad issues launched by Putin and US President Joe Biden at a June summit in the Swiss city. Talks between Russia and NATO are planned Wednesday in Brussels followed by a meeting in Vienna of the Organization for Security and Cooperation in Europe on Thursday.

The US has played down hopes of significant progress and said some Russian demands — like a possible halt to NATO expansion — go against countries’ sovereign rights to set up their own security arrangements and are nonnegotiable.

But US officials have expressed openness to other ideas, like curtailing possible future deployments of offensive missiles in Ukraine and putting limits on American and NATO military exercises in Eastern Europe — if Russia is willing to back off on Ukraine.

Blinken said Sunday he didn’t expect any breakthroughs, with a more likely positive outcome being an agreement to de-escalate tensions in the short term and return to talks at an appropriate time.

NATO Secretary-General Jens Stoltenberg similarly played down expectations ahead of the talks.

During a visit to Rome, German Foreign Minister Annalena Baerbock said dialogue offered the only way out of the crisis.

“At the same time, it’s equally clear that a renewed breach of Ukrainian sovereignty by Russia would have grave consequences,” she said.

Russia has said it wants the issue resolved this month, but NATO is wary that Putin might be looking for a pretext, such as a failure in the negotiations, to launch an invasion.

Ukraine was not present at the table Monday and won’t be involved in discussions with Russia until Thursday’s OSCE meeting.

They exchanged “perspectives and assessments of the evolving security environment in Eastern Europe,” Col. Dave Butler said. “Ukraine is a key partner to NATO and plays a critical role in maintaining peace and stability in Europe.”