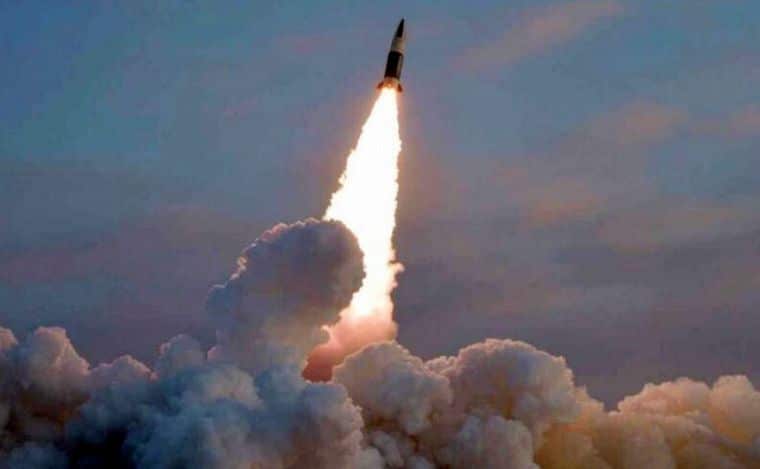 According to Seoul and Tokyo, North Korea fired a ballistic missile that flew over Japan. This represents an increase in the record series of weapons tests conducted by that country during the year.

The new incident was confirmed by the South Korean military, which detailed that it had “detected a suspected intermediate-range ballistic missile fired from the Mupyeong-ri area of ​​Jagang province at around 7:23 a.m. (on Monday). 22:23 GMT) and passed over Japan in an easterly direction.

The Joint Chiefs of Staff said in a statement that the military is “in a state of full preparedness and cooperating closely with the United States as it has increased surveillance.”

In return, from Tokyo they reported the shot and activated an evacuation alert in two areas, aimed at their residents seeking refuge in buildings or underground.

Prime Minister Fumio Kishida said, “A ballistic missile is believed to have passed over our country and landed in the Pacific Ocean. This is an act of violence following the recent repeated firing of ballistic missiles. We strongly condemn this.” Huh.”

While talks with Washington and Seoul have stalled for some time, Kim is increasingly demanding more modernization of his nuclear arsenal and has deployed a record number of weapons tests.