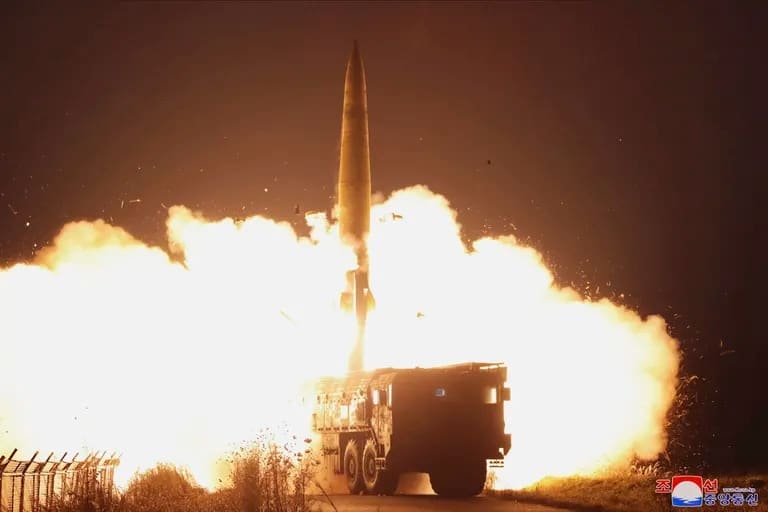 North Korea fired an “unidentified ballistic missile”The South Korean military reported on Thursday. This is the latest in a record-breaking series of releases. “North Korea fired an unidentified ballistic missile into the Sea of ​​Japan”.Those were the words with which South Korea’s Joint Chiefs of Staff reported the incident.

A few days ago, US President Joe Biden discussed North Korean missile tests with his Chinese counterpart Xi Jinping during the Bali G20 summit. Biden urged Xi Use Your Influence to Control North Korea Fears of a new nuclear test grew after a wave of missile launches.

The 79-year-old president also spoke about it with his South Korean counterpart Yoon Suk-yeol and Japanese Prime Minister Fumio Kishida. Ways to Address the Threat of North Korea’s “Illicit Weapons of Mass Destruction and Ballistic Programs”According to the White House.

Meanwhile, North Korean Foreign Minister Cho Son Hui criticized the talks on Thursday, saying it “brings the situation on the Korean Peninsula to an unprecedented stage.” “The more the US tries to strengthen its security alliance with Tokyo and Seoul, the more furious the reaction will be”he commented.

Regarding the launch, he specified AFP, experts point out that it was “programmed” to coincide with Cho’s statements. North Korea fires missile hours after release In an attempt to justify the release as a message to the US and Japansaid a researcher at the Sejong Institute.

South Korean President Yoon believed at the time that it was a “a veritable territorial invasion”, Both launches were part of a wave of firings that took place on 2 November, when Pyongyang launched 23 missiles – more than it had launched in all of 2017.

Experts on the matter point out that Kim Jong Un’s dictatorial government seizes the opportunity to test banned missiles because He hopes to avoid fresh UN sanctions given the impasse at the world body over Russia’s war in Ukraine.

China, Pyongyang’s main diplomatic ally, joined Russia in May Veto US effort to toughen sanctions against North Korea in the United Nations. As a result, Washington expanded its military exercises, including sending a bomber aircraft to South Korea.