North Korea launches new missiles in response to US sanctions 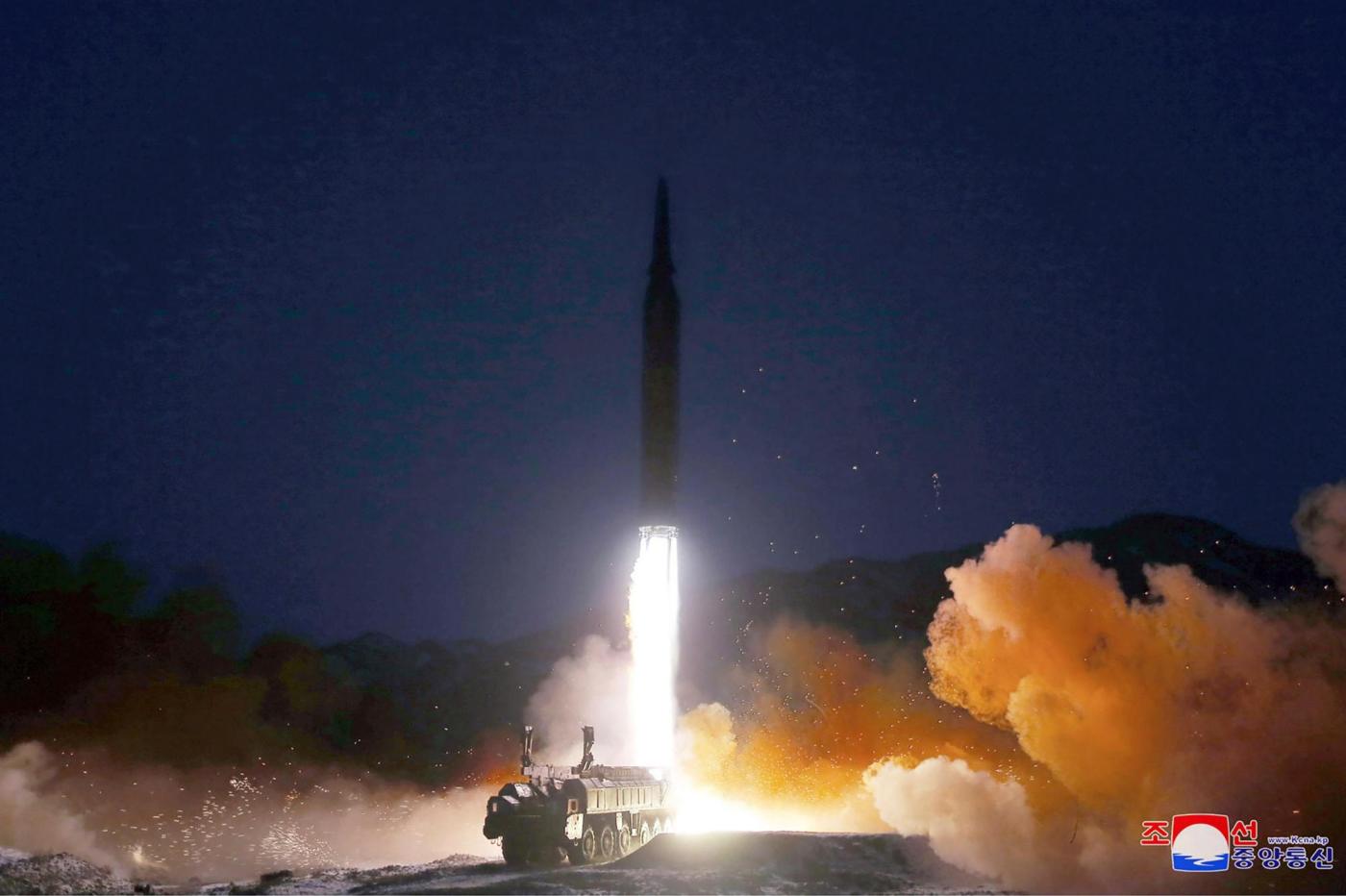 SEOUL, South Korea (AP) — North Korea on Friday fired what turned out to be two short-range ballistic missiles in its third weapons launch this month, officials in South Korea said in clear retaliation for new sanctions imposed by the Biden administration. for its ongoing test runs.

South Korea’s Joint Chiefs of Staff said the missiles were fired 11 minutes apart from the interior of the country in the western province of North Pyongan, where North Korea is known to have key missile bases and has conducted frequent test launches in recent years.

The missiles traveled 430 kilometers (267 miles) over rough terrain at a maximum altitude of 36 kilometers (22 miles) and landed in the sea, the military said.

The Japan Coast Guard has urged ships to pay attention to falling objects, but Chief Cabinet Secretary Hirokazu Matsuno said there were no reports of damage to ships or aircraft.

Hours earlier, North Korea had issued a statement berating the Biden administration for imposing new sanctions over its previous missile tests and warning of stronger and more explicit action if Washington maintained its “confrontational stance.”

The Biden administration also announced it would seek UN sanctions, and a senior official from the US mission to the United Nations said on Friday that Washington would seek targeted action against five individuals linked to North Korea’s weapons development and was working with its allies on additional sanctions. .

The official, who was not authorized to speak publicly, said North Korea did not respond to a US offer months ago to sit down without preconditions to discuss ways to denuclearize the Korean Peninsula and the possibility of US humanitarian aid. Pyongyang’s only response was to resume missile tests, which are “quite destabilizing, dangerous and, most importantly, contrary to a whole host of UN Security Council resolutions,” the official said.

A test launch of a hypersonic missile on Tuesday – the second in a week – was overseen by leader Kim Jong-un, who said it would greatly strengthen his country’s nuclear “war deterrent force”.

North Korea is stepping up testing of new potentially nuclear missiles designed to overcome missile defenses in the region. Some experts say Kim Jong-un is reverting to the tried and true method of pressuring the world with rocket launches and outrageous threats before starting negotiations to win concessions.

After an unusually provocative nuclear and long-range missile test in 2017 that demonstrated the North’s desire for an arsenal that could target the American homeland, Kim initiated diplomatic relations with former President Donald Trump in 2018 in an attempt to use his nuclear weapons to gain economic benefit. .

But talks derailed after Kim’s second summit with Trump in 2019, when the Americans rejected his demands for sanctions relief in exchange for a partial renunciation of the North’s nuclear capability.

Since then, Kim has vowed to further expand the nuclear arsenal, which he clearly sees as his strongest guarantee of survival, despite the fact that the country’s economy suffered severe setbacks after it closed its borders during the pandemic, and also due to persistent sanctions. under US leadership.

The office of the South Korean President said National Security Director Seoh Hoon and other senior officials called an emergency meeting of the National Security Council, expressed “deep regret” over the ongoing launches, and urged Pyongyang to resume dialogue.

Leif-Erik Isley, a professor at Ewha University in Seoul, said North Korea appears to be making it clear that it cannot be ignored and will respond to pressure with pressure.

“North Korea is trying to set a trap for the Biden administration,” Easley said. “He has queued up missiles that he wants to test anyway, and is responding to US pressure with more provocations in an attempt to win concessions.”

The timing of the launch and detection of several missiles suggests that North Korea displayed weapons that are already operational, rather than some of its other missiles under development, as it sought to signal Washington, said Kim Dong-yub, a professor at Seoul University. North. Korean Studies.

He said the North may have tested a solid-propellant missile, apparently modeled after Russia’s Iskander mobile ballistic system, or other short-range weapons similar to the army’s MGM-140 tactical missile system.

Both missiles, which the North has been testing since 2019, are designed to be maneuverable and fly at low altitudes, potentially increasing their chances of evading and hitting missile defense systems.

The spokesman said the new sanctions highlight US hostile intentions to “isolate and suffocate” the North. The spokesman accused Washington of maintaining a “thug” stance, saying the North’s development of hypersonic missiles is part of its effort to modernize its military and does not target any particular country or threaten the security of its neighbors.

Hypersonic weapons flying at speeds in excess of Mach 5, or five times the speed of sound, could pose a major challenge to missile defense due to their speed and agility.

However, experts say it will take years and more successful and long-range testing for North Korea before it acquires a credible hypersonic system.

In an interview with MSNBC, Secretary of State Anthony Blinken called the North’s latest trials “deeply destabilizing” and said the United States is actively engaging in the UN and with key partners, including allies South Korea and Japan, in retaliation.

“I think part of this is North Korea’s attempt to get attention. This has been done in the past. This will probably continue to be so, ”Blinken said. “But we are very focused with allies and partners to make sure that they and we are properly protected and that there are repercussions, implications for these North Korean actions.”

Associated Press contributors Mari Yamaguchi in Tokyo and Edith M. Lederer at the United Nations contributed to this report.

Reds and Orioles square off with series 1-1 draw

Impact of the COVID-19 pandemic on medical teaching

Randy Orton becomes a laughing stock in America for this car