OAS between the faces of an agreement 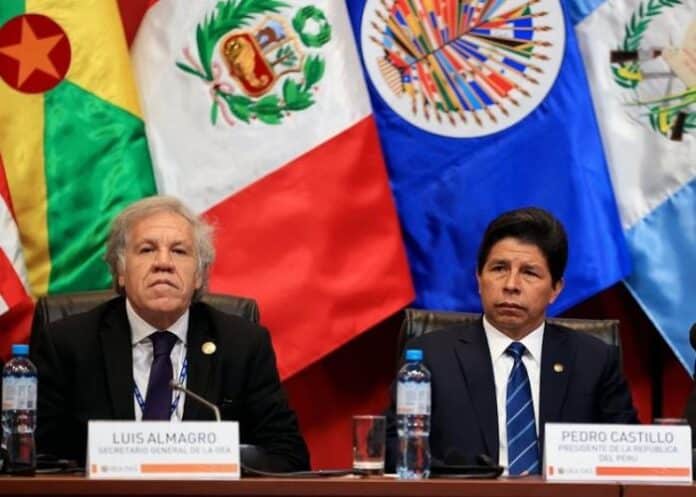 A letter signed by Peru’s ousted President Pedro Castillo condemns “a faceless prosecutor” and a group of “disguised doctors” for trying to take a blood sample without his consent, RT reports.

“Today I met with President Pedro Castillo and he authorized me to circulate this letter with his signature,” Peruvian lawmaker Guillermo Bermejo tweeted on Saturday.

The sacked president blamed the National Prosecutor’s Office and his boss, Patricia Benavides, the Congress of the Republic and other institutions that decided to remove him after his message to the nation; and even Dina Boluarte, who assumed the presidency of the republic. Castillo accused all of the above people of plotting a “Machiavellian plan” against him.

While this is happening, there have been large popular demonstrations in many parts of Peru against Castillo’s removal from the presidency and his subsequent arrest.

The Department of Apurímac declared itself a “popular rebellion” and even set fire to the airport in the town of Andahuaylas.

More than 37 people were injured in clashes between police and mobilized people this weekend. At the same time, a death was reported in the city of Huancabamba, where earlier a civilian and an agent were taken to hospital with injuries.

In this context of popular insurgency, the social organizations of Apurímac announced the start of an indefinite strike from today, and the suspension of classes was ordered.

The widespread protests that rocked several cities in the Andean country this weekend come two days after Dina Boluaarte was sworn in as the new president.

Meanwhile, the Secretary General of the OAS, Luis Almagro, assured that Peru’s ousted President Pedro Castillo’s decision to “dissolve the Congress of the Republic without constitutional, legal or normative basis constitutes a change in the constitutional system in the country.” , Without mentioning at all- neither the way to depose him nor criticizing how the Peruvian Congress made it impossible for the President elected by popular vote to govern and carry out his project for the country.