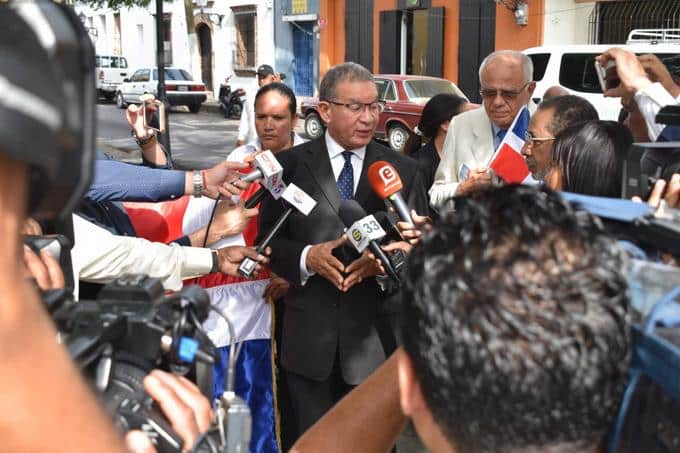 loss Comment from the Organization of American States (OAS), to question shyly international community action in relation to Haiti in the last twenty years, generated Duartiano Institute supportThe unit that led a march last Saturday to request cooperation to help the neighboring nation.

Although the president of the aforementioned institution, Wilson Gómez Ramírez, expressed his stand on the declarations that the Haitian region is “one of the strongest and most obvious failures”, He also questioned the OAS as “it has played no role”. With the aim of sensitizing the United Nations (UN) and the United States, France, Canada and other great powers to help Haiti.

“Indeed, the OAS, the United Nations and the Great Powers are indolent and have denied themselves, mainly because the above organizations are meant to express their complete solidarity in favor of nations and states in times of misfortune, and this Very little has been done in favor of the Haitian people”, insisted the president of the Duartian Institute.

Gómez Ramírez also pointed out that without the “serious, steadfast and resolute” support of the international community, the Haitian situation cannot be resolved and the process of restoration that does not accept any further delay, Who cries for this help with the greatest sense of urgency.

He indicated that the Dominican people continue to cry out for that nation to come with a genuine will.

He said, “It is no longer possible for us to support Haiti and its subjects, here we have many people in conditions of extreme poverty, we have an urgent need to satisfy and the burden we are carrying is becoming irresistible.” Is.”

Its purpose is to promote the history, ideals, values ​​and example of the patriot Juan Pablo Duarte. It is the institution responsible for disseminating the life and examples of the Father of the Nation, as well as the glorious history of the Dominicans.

Likewise, its mission is to bring the story of Juan Pablo Duarte to the Dominican people and strive to ensure that, through the wisdom of his ideals, hard work, refined honesty, patriotism, spirit of service and exemplary life, he becomes a better citizen. and a homeland fair and happy, as dreamed of by the Father of the Nation.

Officers Won’t Be Charged in Deadly Shooting at McDonald’s