Officials assess damage from subsidence on highway to El Salvador 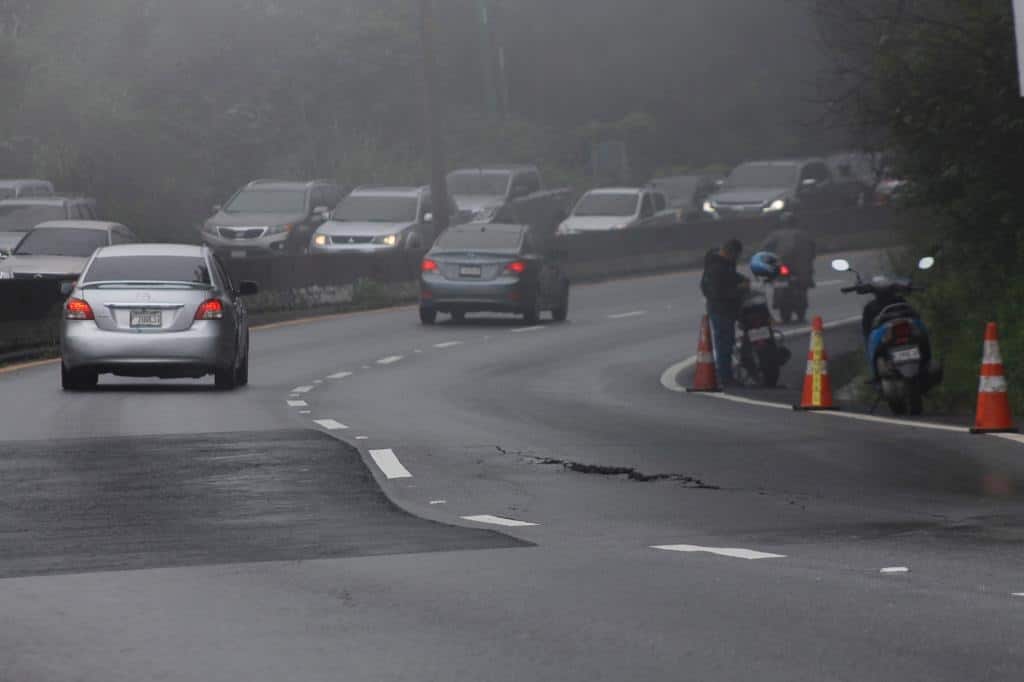 According to the Department of Social Communications of the Ministry of Communications, Infrastructure and Housing (CIV), officials are evaluating the presence of cracks at kilometer 11.5 of the CA-1 Orient Highway to El Salvador. According to the information, an observance was scheduled for this day, although preliminary results are unknown.

they will monitor the environment

According to CIV’s Social Communication, the observance was scheduled at 11:00 am on this day; However, he explained that, due to interrogation in Congress, the arrival of officers was delayed.

At around 1:38 PM, Mindf confirmed to this newsroom that the CIV had taken the equipment to the scene. Similarly, he informed that the Engineering Command reached the spot along with the Defense Minister. “We are waiting for the minister of communications,” military spokesman Ruben Tellez said.

The spokesperson also mentioned that a study on cracks in the highway has already been done, but it will have to be done by the CIV or the National Coordinator for Disaster Reduction (CONRED).

In the measures, bailey bridges of the Guatemalan army were mentioned. Details here: https://t.co/l9hj2EWAna

La Hora asked whether the municipality of Santa Catarina Pinula would be part of the delegation that would oversee the accident, to which Mayor Sebastián Cerro remarked that he had not yet been informed of the supervision program and had yet to participate. Haven’t taken.

Despite this, in a statement published on 21 September, the commune indicated that the national route has historically been a problem of shortfalls and landslides. He said the CIV has worked in this area in recent weeks.

Although the incident has received more coverage in recent times, these incidents had already been alerted for years. According to Prensa Libre and Guatevision, these reports have been sent to the CIV since 2020.

Some photos shared on social networks show cracks in the pavement extending to four lanes of the highway, where 100,000 vehicles travel daily.

Often, the rainy season is associated with landslides and damage to road infrastructure; However, the media influence that drew attention to these issues was the 15-kilometer hole, en route to the Pacific, jurisdiction of Vila Nueva, which was discovered in the early hours of June 14 of this year.

Although diagnoses by officials are still unknown, Ronnie Sanchez, a researcher at the Center for Urban and Regional Studies (CEUR), recalls some antecedents of holes in sidewalks that began as cracks, such as the collapse in the San Antonio neighborhood. Zone 6 in 2007 and Zone 2 in Ciudad Nueva, 2010.

“On those occasions, one of the possible causes was attributed to the fact that these rivulets are about 50 years old, and the failure of the same pipe and water cracks led to the formation of caves and eventually the collapse of the highway. And if it turns out that it is similar to the case of Villa Nueva”, said the expert.

[Fotos] IFA 2022: Samsung shares its vision for a better life and a sustainable future